MILAN — Giorgio Armani has added a new page to his long-lasting love letter to Milan.

On Monday, the Armani Group said it will become supporting founder of the storied Milanese theater Teatro alla Scala. A foundation since 1997, the landmark institution has an active role in spreading the art of music in Italy and abroad through the preservation and promotion of its rich musical, artistic and technical heritage.

Among the first to support the foundation ever since its establishment, Armani reinforced its support of Teatro alla Scala in a moment when the Italian cultural and artistic scene is still suffering the consequences of the pandemic, which froze all theaters’ activities.

“My commitment to Milan, following this upsetting past year, has been manifold, and I certainly could not neglect culture, a sector [that] has been hit particularly hard,” Armani said. “The arts have always been put on the back burner during trying times because they don’t immediately appear vital and necessary. And yet they are. Theater, music, ballet are pure expressions of beauty and the highest of human qualities — creativity, ingenuity, imagination, commitment — that stimulate progress and rebirth.

“This latest initiative is once again dedicated to the city of Milan, for the symbolic value attributed to the institution, but also for my emotional and personal ties related to it, for the memories of the many performances and concerts I have attended; of the distinguished guests I have had the opportunity to dress; of unforgettable experiences, such as the costume creation for Richard Strauss’ “Electra” in 1994, directed by Maestro Sinopoli. Now, more than ever, I feel it is my moral obligation to actively contribute to the support of this prestigious theater — rich heritage of the Milanese and non-Milanese alike, a true symbol of intellectual resistance,” the designer said.

The 2021 Oscars: See All the Red Carpet Fashion Looks

Armani most recently dressed some of the theater’s artists on the occasion of La Scala’s opera season opening night, traditionally held on Dec. 7, when Milan celebrates its patron Saint Ambrose. Due to the pandemic, last year’s show “A riveder le stelle,” directed by Riccardo Chailly, was staged behind closed doors and broadcast on national and international TV channels. 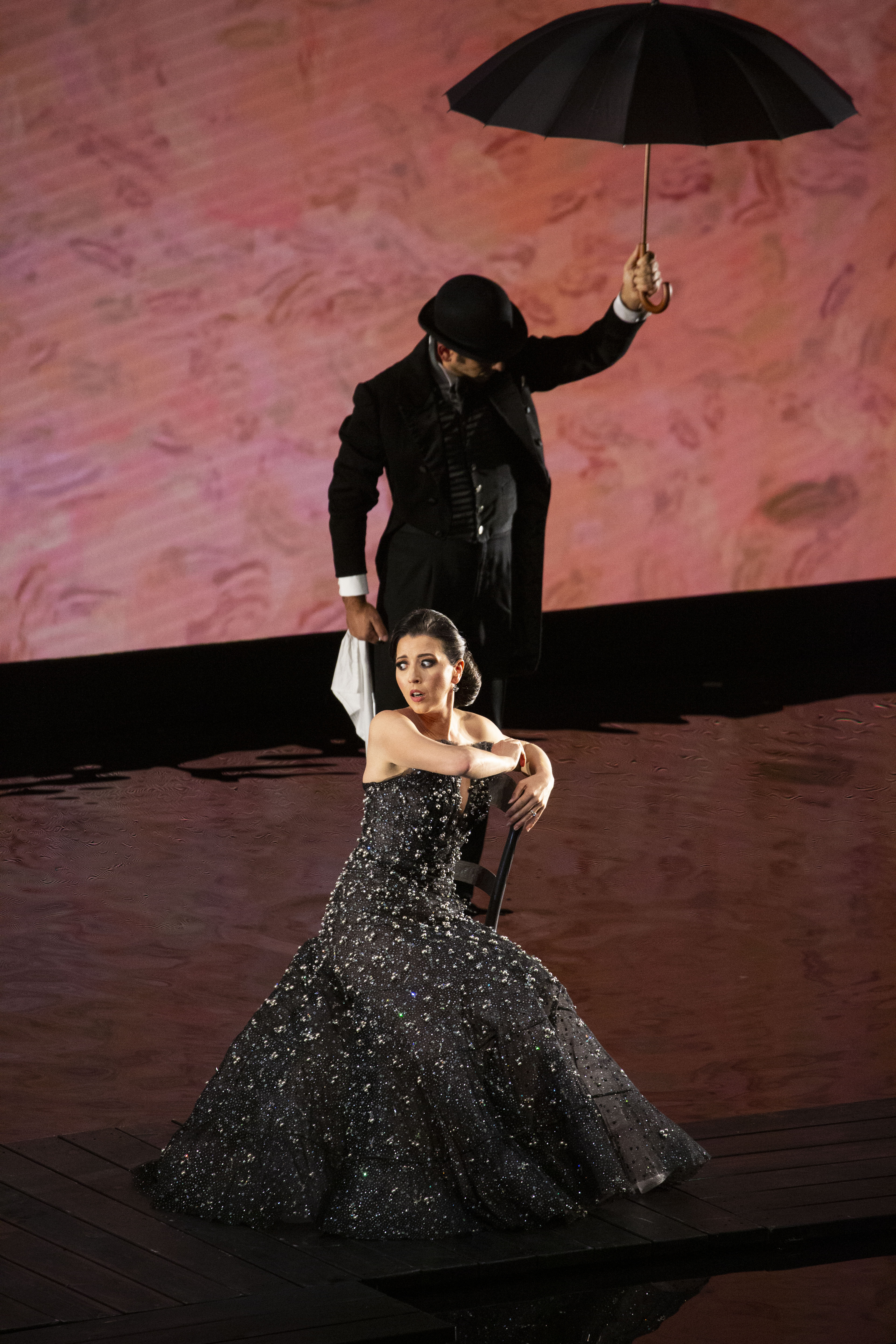 Armani Group’s role as supporting founder of the storied institution will be formalized on May 17 during the Assembly of the Teatro alla Scala Foundation, chaired by Milan’s mayor Giuseppe Sala.

“The inclusion of Giorgio Armani among the supporting founders of La Scala — a cultural institution of utmost prestige — is the realization of a union that was destined to be. And not simply for one reason alone,” said Sala, underscoring the designer’s unique creativity and style and his “grand, new act of love toward Milan.”

“La Scala and Giorgio Armani are two symbols of Italy around the world but they are also two deeply Milanese institutions,” echoed La Scala’s general manager and artistic director Dominique Meyer. “Being both international and unique, sharing in the same standards and tireless pursuit of beauty and quality, and drawing from the same love of art and fine craftsmanship are what make La Scala and Armani the perfect embodiment of the spirit of this city.”

This is not the first time Armani has shown support of the city where his fashion career took off more than four decades ago. In particular, over the last 12 months his relationship with Milan has grown even stronger, with the designer launching different initiatives to express his closeness to citizens throughout the challenging year.

Last month, Armani said he will allow vaccines to be carried out at Milan’s Armani/Teatro, designed by Tadao Ando. The use of the theater, generally the stage for Armani’s fashion shows, will help reduce the heavy workload of health care facilities, ensuring that their resources are used to increase assistance and care, the company said. Armani’s employees, which total more than 3,000 in Italy, will be able to be vaccinated on a voluntary basis.

During the first wave of the coronavirus, Armani donated 1.25 million euros to Italy’s Civil Protection and a range of Italian hospitals and institutions in the country, including the Luigi Sacco, San Raffaele and the Istituto dei Tumori in Milan and Rome’s Istituto Lazzaro Spallanzani. He contributed to the Bergamo and Piacenza hospitals, both badly hit by the COVID-19 pandemic, as well as the Versilia hospital in Tuscany, for a total of 2 million euros in donations.

In addition, he converted his four Italian production sites to manufacture single-use medical overalls for the protection of health care providers working amid COVID-19 and unveiled initiatives aimed at supporting nonprofit organizations in the fight against the pandemic and poverty, as well as those focused on environmental protection, as reported.