Absolutely stunning! Ahead of her performance at the 2021 CMT Awards, Carly Pearce walked the red carpet in a gorgeous ensemble.

Carly Pearce made quite a statement with her look on the CMT Music Awards red carpet. The country singer, who is nominated at the show, turned heads in her stunning ensemble. Carly wore a crop top and shorts combination, keeping it comfortable, but still stylish and sexy. Her look was complete with pumps, as well as an open jacket that matched the rest of her outfit. 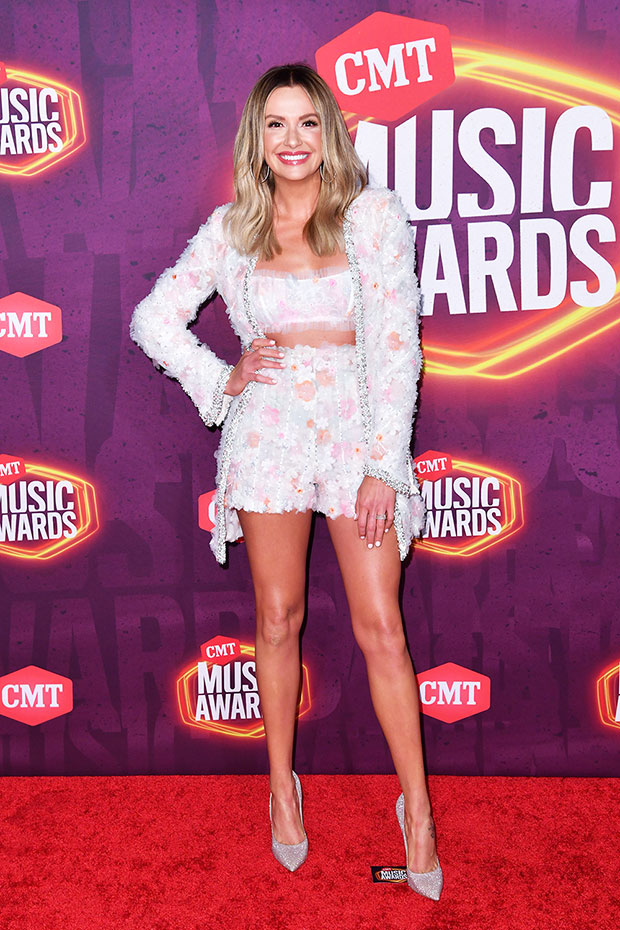 For her glam look, Carly wore heavy mascara and light eye shadow, paired with a peach lip that was glossy and fresh on the carpet. Her hair was blonde, styled in loose waves and parted down the middle. She also accessorized with hoop earrings. Carly even brought her adorable dog, June, to the red carpet to promote their partnership with Iams for the show. 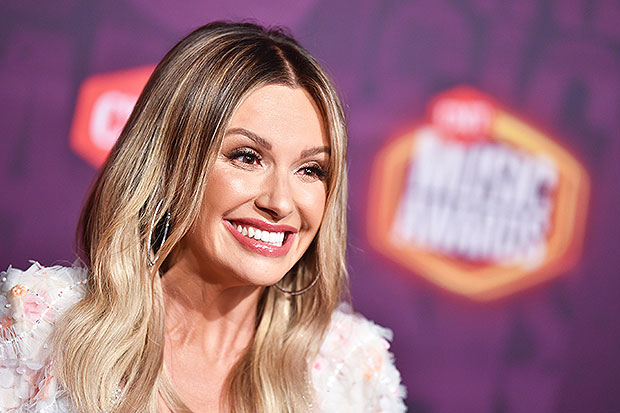 It’s a big night for Carly at the CMT Awards, as she’s nominated for Female Music Video of the Year for her song “Next Girl.” It’s a tough category, with Carly going up against Gabby Barrett, Kelsea Ballerini, Miranda Lambert, Mickey Guyton and Maren Morris. In addition to the nomination, Carly is also performing at the show alongside Lady A and Lindsay Ell, and will also be on-hand as a presenter.

At the 2018 CMT Awards, Carly won her first ever award show honor. That year, she took home the Breakthrough Video of the Year award for her debut single “Every Little Thing.” In 2019, her song “Closer To You” was nominated for Female Video of the Year, but she lost to Carrie Underwood.

Of course, Carly has come a long way since then. In 2019, she released her biggest song yet, “I Hope You’re Happy Now,” featuring Lee Brice. The song reached No. 5 on the US Country Billboard charts, and No. 1 on the Country Airplay charts. It also won the 2020 CMA Award for Musical Event of the Year, and the 2021 ACM Awards for Music Event of the Year and Single of the Year.

“Next Girl” was the first song that Carly released following her divorce from Michael Ray after less than one year of marriage in 2020. It was part of an EP called 29, which detailed the heartbreak Carly felt from the divorce, as well as the death of her longtime producer, Busbee. This summer, Carly will be opening for Lady A on their What A Song Can Do Tour, which will bring her music to even more fans around the country!