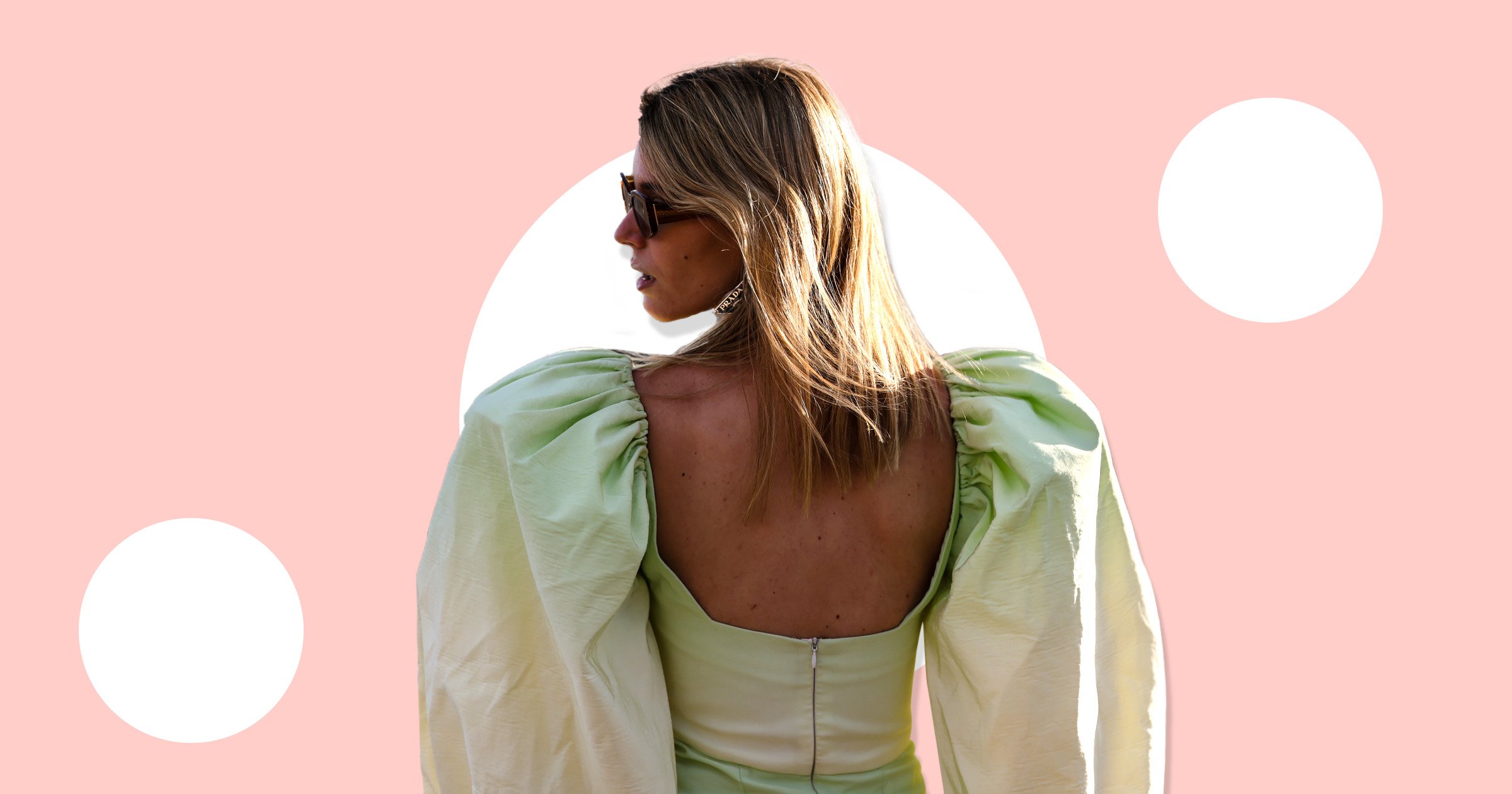 Summer weather has finally arrived and we are definitely not complaining.

But, if there’s one downside to the new season’s wardrobe is that gorgeous, strappy summer dresses don’t look great with a bra underneath.

So much so, that a Twitter thread went viral earlier this year, when writer Priyanka Mattoo made a plea, asking for help to find ‘a summer dress for ppl who wear bras [sic].’

A post which saw thousands of women acknowledging the struggle.

However, a new TikTiok hack now offers an alternative solution.

A user, by the name of @michelimartinengh, has come up with a brilliant way to make an existing bra backless – so cut-out dresses and scoop-back summer tops can be back on the cards.

In the caption the Spanish user writes, ‘Como esconder seu sutiã?’ which translates as ‘want to hide your bra?’

During the video, she demonstrates how a normal bra can be adapted by taking the straps, bringing them from behind and underneath the armpits, before wrapping them across at the front and fastening.

She then shows herself in a low back jumpsuit, with no signs of the bra underneath.

The simple-yet-effective trick has gone down a treat with women everywhere, as the video has been viewed 4.7million times and has received more than 332,100 likes.

One person gushed: ‘You’re a lifesaver’

While another replied: ‘Saving it to make sure I won’t forget how she did it.’

Although, some have pointed out that the hack doesn’t look particularly comfortable – so the backless alternative might come at a price.

Another person commented: ‘That hurts, already tried it.’

Also, it’s worth pointing out that this technique will only work with bra straps that can be unclipped at the back.