A WOMAN has revealed how she had no idea she was pregnant for the first six months of her pregnancy.

Sharing her story online, the single mum revealed how she had no idea she was pregnant and didn't see any warning signs until she took a test. 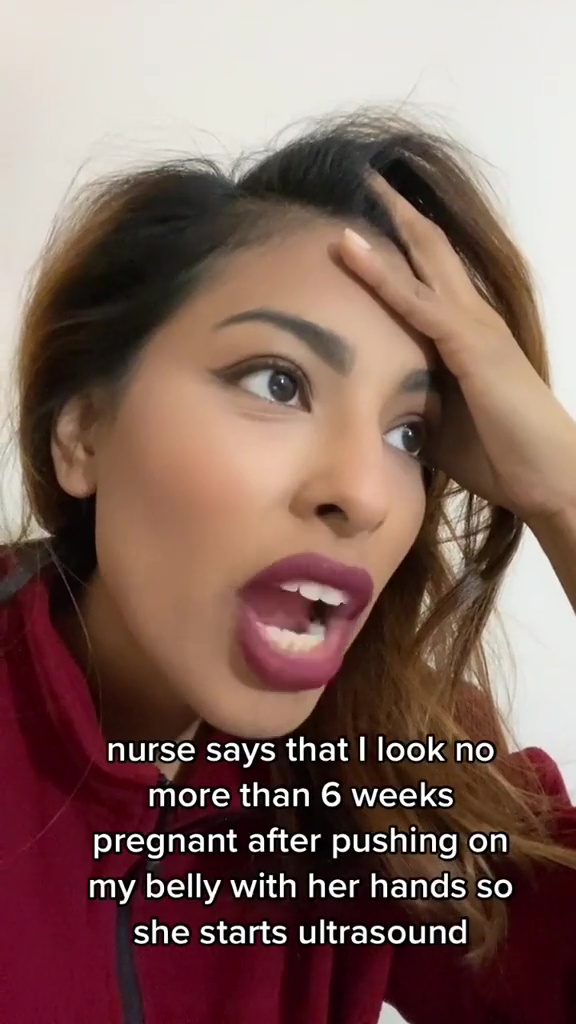 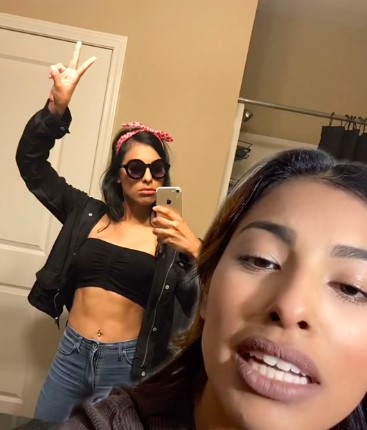 TikTok user, Nydia Maritza, shared her story in a video and it has already been viewed over two million times.

Although Nydia did not have cryptic pregnancy, which is a pregnancy that conventional medical testing methods may fail to detect, she showed no visible signs of pregnancy for the first six months.

Nydia said that she was on birth control and had had her period just three weeks before taking the test which turned out to be positive.

She claims the only reason she took a pregnancy test in the first place was because her friend and her sister had both said she had seemed 'different lately'.

As Nydia sat and waited for the test results, she wasn't concerned as she had just had her period and had no symptoms whatsoever and wasn't showing.

After waiting three minutes, Nydia checked the test and was shocked to find that it was positive and she immediately booked a doctors appointment.

When Nydia did get to her appointment the following week, even the nurse thought she could not have been further than six weeks along as her bump was practically non-existent.

But when the ultrasound started, Nydia and the nurse ere in for the shock of their lives.

The nurse started the ultrasound and then went to grab a doctor after being surprised at what she saw.

It turned out, Nydia was 23, turning 24 weeks pregnant and had a fully developed baby inside of her.

After the initial shock, Nydia realised she had just three months to prepare herself mentally, physically and emotionally to give birth to a baby she only knew about for 15 minutes.

In a seperate video, Nydia shows the progress of her bump over the course of her pregnancy.

Obviously, for the first six months she did know but shows images of her at almost three months pregnant and Nydia's stomach displays rock hard abs and no baby bump in site.

At six months, her bump is visible and she comments that it "grew over night."

Lots of women commented under the video, joking about how they cannot even trust their period anymore.

One user joked: "Our bodies really do have the audacity sometimes."

Another user commented: "I would be so upset with my body, because why make me go through periods and still give me a baby, such betrayal."

A third person replied: "I'ma go ahead and take one more test just to be sure." 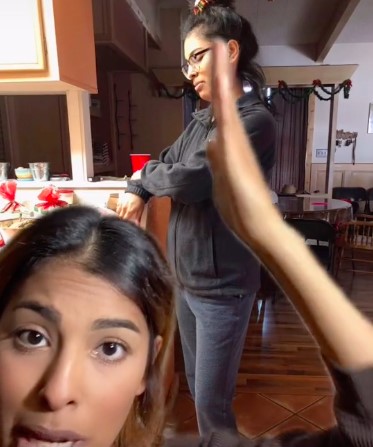 Plus, a mum was left mortified after sending plumber dirty message by mistake.

And, a young mum reveals she had no idea she was pregnant until she went to A&E for constipation and her waters broke.

Meanwhile, a mum reveals she had no idea she was pregnant until she saw the head under her school uniform.