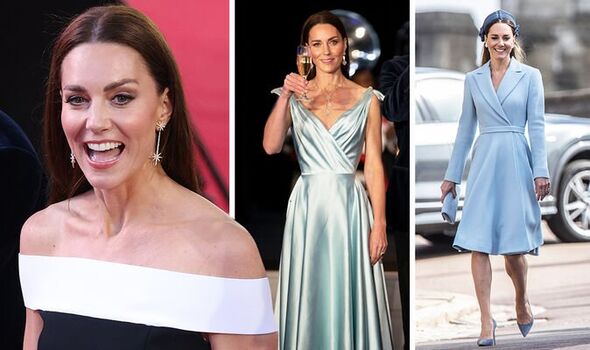 Over the years, Kate Middleton has found her fashion feet, and while she has chosen the coat dress to be her trusted uniform, this year, the Duchess of Cambridge has branched out a little. Royal fans have seen her paying homage to some iconic looks previous members of the Royal Family championed, as well as new, and a little more exciting silhouettes. Here are Kate’s most stand-out outfits from the year so far and their price tags.

Insurance provider, SO-SURE, analysed social media and Google Trends data to break down Kate’s outfits and accessories from her most ‘talked about’ appearances this year so far.

The list includes the Platinum Jubilee Tour, the Commonwealth Games, and the premiere of Top Gun.

Kate took to the red carpet in London earlier this year for the premiere of Top Gun in a figure-flattering gown.

Many dubbed the black and white Lamble dress by Roland Mouret the ‘must-have’ dress of the summer.

This could also be seen in the Google search data with a +263 percent surge in searches for ‘Bardot Dresses’ following her appearance.

The Duchess had discreetly altered the design of the dress, removing the mesh back panels for solid material, and changing the gold zip to a hidden one. 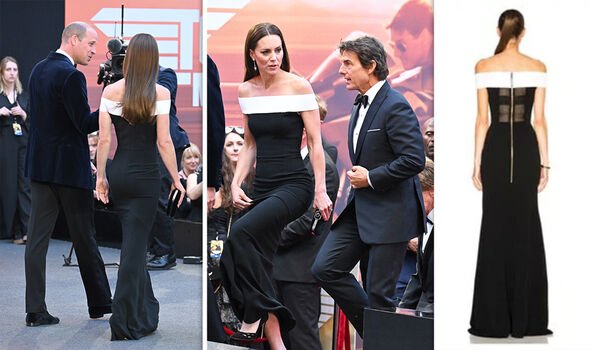 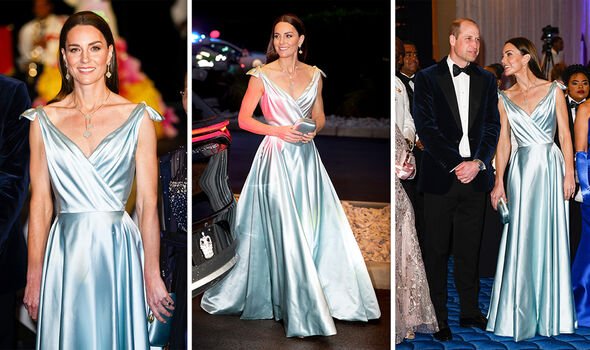 Kate and Prince William went on an eight-day trip to the Caribbean as part of the Platinum Jubilee Tour in March.

The tour concluded in the Bahamas, where the Duchess attended a reception at the Baha Mar Beach Resort in Nassau wearing a stunning ice blue satin gown by London-based bridal designer, Phillipa Lepley.

The particular dress Kate wore was a bespoke version of the Vienna crossover wedding gown, and it featured a crossover front and a bow tie on each shoulder.

Underneath the dress, Kate wore a new pair of sparkling shoes which are said to be the Rania pumps by Gianvito Rossi.

The senior working royal was seen in a very seasonally appropriate powder blue ensemble, as she arrived at St George’s Chapel for the Annual Easter Mattins service in April.

Matching Will, Charlotte and George in colour-coordinated blue outfits, Kate wore a beautiful pastel coat dress by Emilia Wickstead – a designer whose creations the Duchess has worn on many occasions.

The Duchess also wore a bespoke headband instead of a hat for the occasion.

The headband was designed by Jane Taylor Millinery, a London-based label that has created striking headpieces, hat bands, and showstopping hair accessories for Kate in years past.

This particular headband featured a unique wraparound style described by the brand as a diamond-pleated design made of blue crepe material. 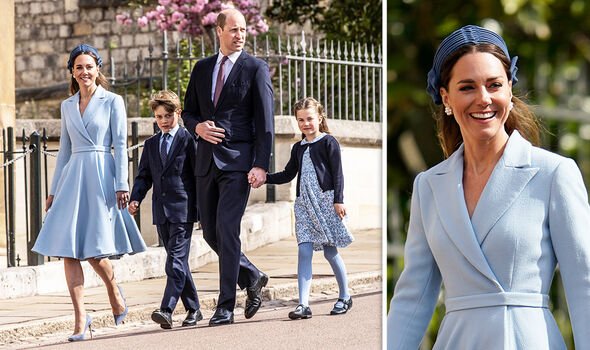 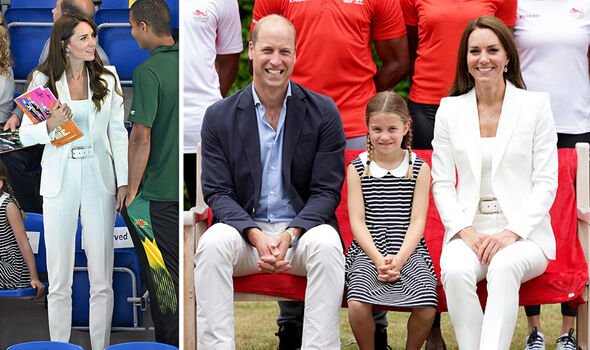 In August, England finished the Commonwealth games with a record 176 medals, and Birmingham was buzzing with happiness and pride. Kate did not disappoint in her all-white ensemble.

She wore a crepe blazer and trousers by Alexander McQueen which she had debuted during her tour of the Caribbean and then wore again for a series of engagements to mark Windrush Day in London.

This time, however, the Duchess completed the blazer and trousers combination with a white tank top and stunning diamond jewellery. 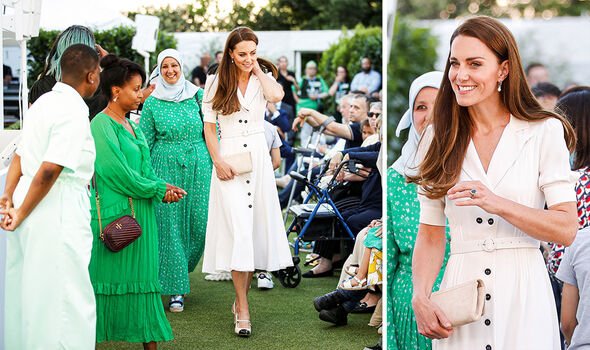 On the 14th of June, Kate attended a memorial service to mark the fifth anniversary of the Grenfell Tower fire with Will in London.

She cut an elegant figure in a white Flippy woggle dress by Suzanne London, paired with black and white suede and patent leather pumps by Alessandra Rich and an Emmy London bag.

The ‘Kate effect’ struck again with a surge of 370 percent in Google searches for ‘black and white heels’ in the week following her appearance.