Kim Kardashian, 41, looked absolutely stunning when she attended Paris Hilton and Carter Reum’s wedding on Nov. 11. Kim, who was Paris’s assistant in the early 2000s, looked drop-dead-gorgeous in her insanely plunging black gown for the festivities. Kim always looks amazing, so we were not surprised when she arrived wearing this revealing get-up. 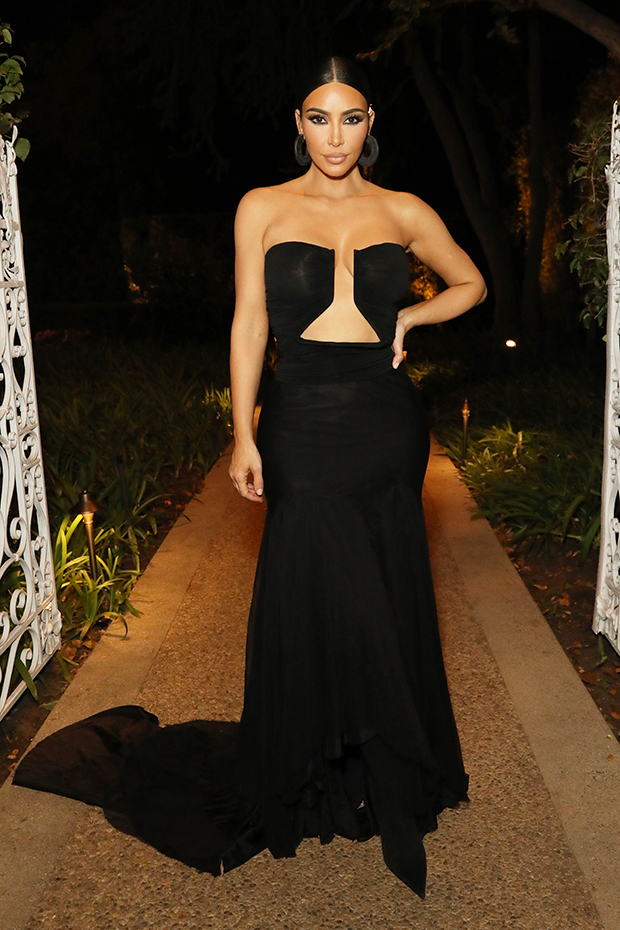 Kim looked sexier than ever when she donned a strapless black gown with a plunging neckline. The bodice of the dress was completely cut out, putting her ample cleavage on display. Meanwhile, the back of the dress was also cut out while the skirt was fitted at her waist and behind. 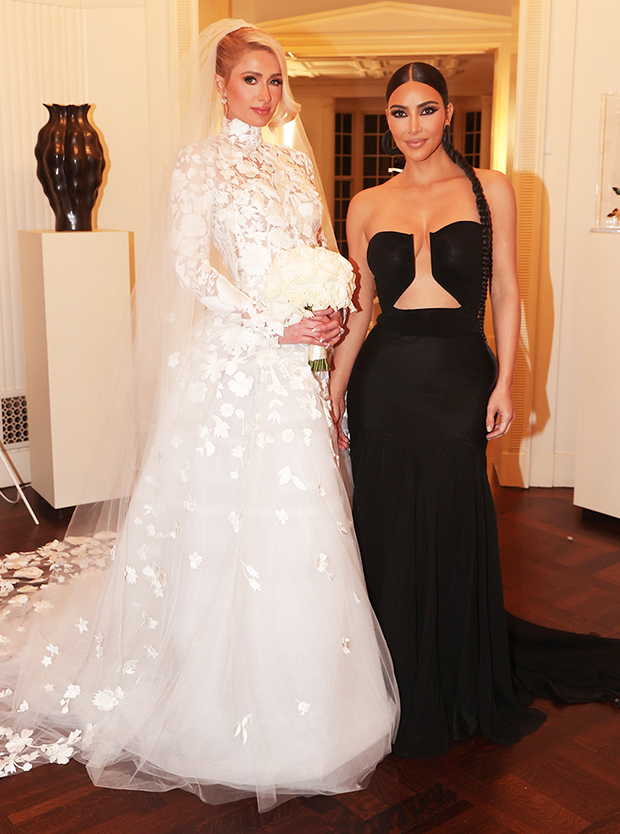 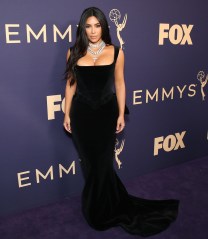 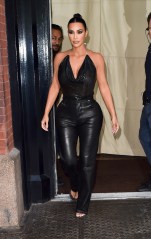 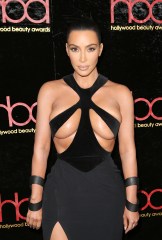 The long skirt flowed out behind her and she accessorized with a pair of large black hoop earrings. Kim tied her entire look together with a sleek, slicked-back middle-parted braid that trailed behind her, ending below her waist.

Paris confirmed that Kim would be attending her wedding earlier in the week, but when TMZ asked if Pete Davidson would be her plus one, she simply did not respond.

Paris’s wedding was nothing short of perfect and was filmed for an upcoming Peacock series about her life, titled, Paris in Love. We were all waiting patiently for the highly-anticipated wedding and the build-up before it was just as exciting.

Just last week, Revolve hosted a bridal brunch for Paris in her backyard on Oct. 23, when guests played a bunch of games including dressing Paris up in toilet paper. By the end of the game, Paris was completely covered in toilet paper from head-to-toe and it was hilarious.

Paris and Carter got engaged in Feb. 2021 after one year of dating and ever since then, the couple has been having a ton of celebrations for their big day. Aside from her bridal shower, Carter and Paris actually had a joint bachelor and bachelorette party in Las Vegas where they were surrounded by friends and family.