A PREGNANT mum-of-11 has revealed her huge laundry pile – and it's so big two of her KIDS are hidden under it.

Britni Church, 32, is currently pregnant with her 12th child with husband Chris, 29, after they welcomed triplets – Oliver, Asher and Abel – in 2019. 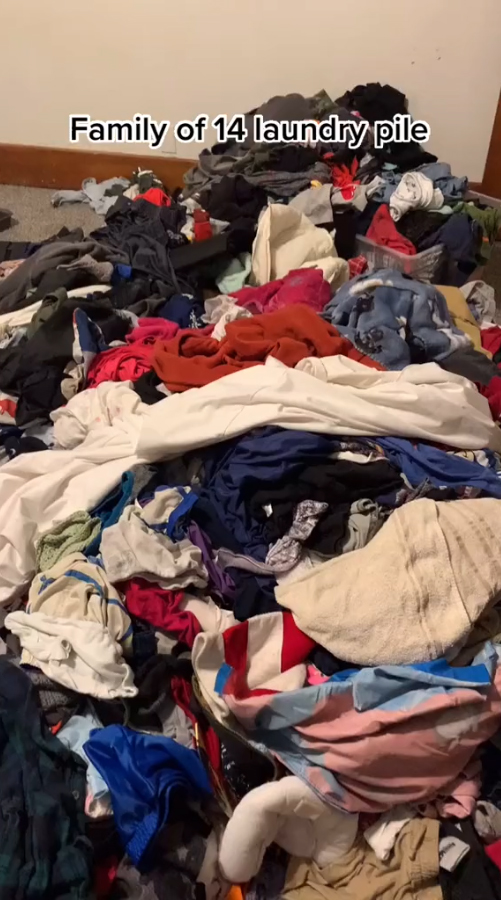 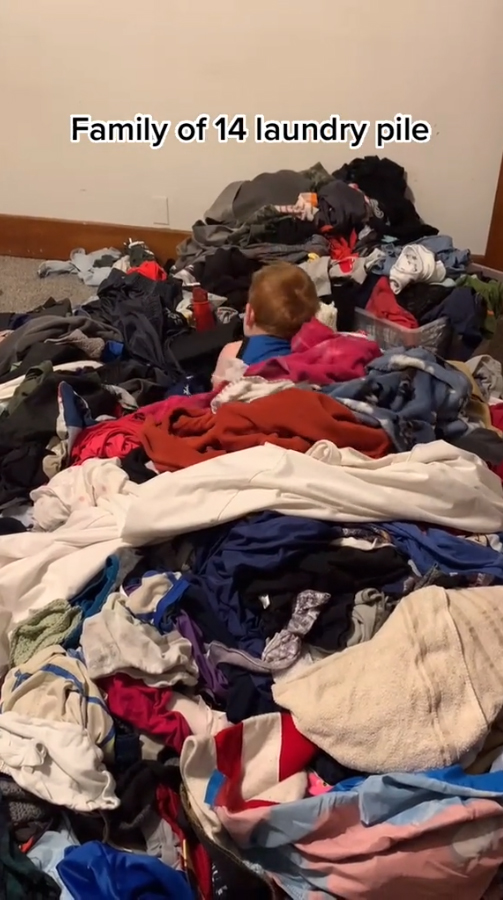 Now she's revealed her eye-watering laundry pile – and it is quite spectacular.

In a series on TikTok videos she has shared quite how much laundry she has – and we don't envy her.

She also revealed her older kids did all their own washing – and confessed she had initially wanted to leave the washing, hoping no one would notice. 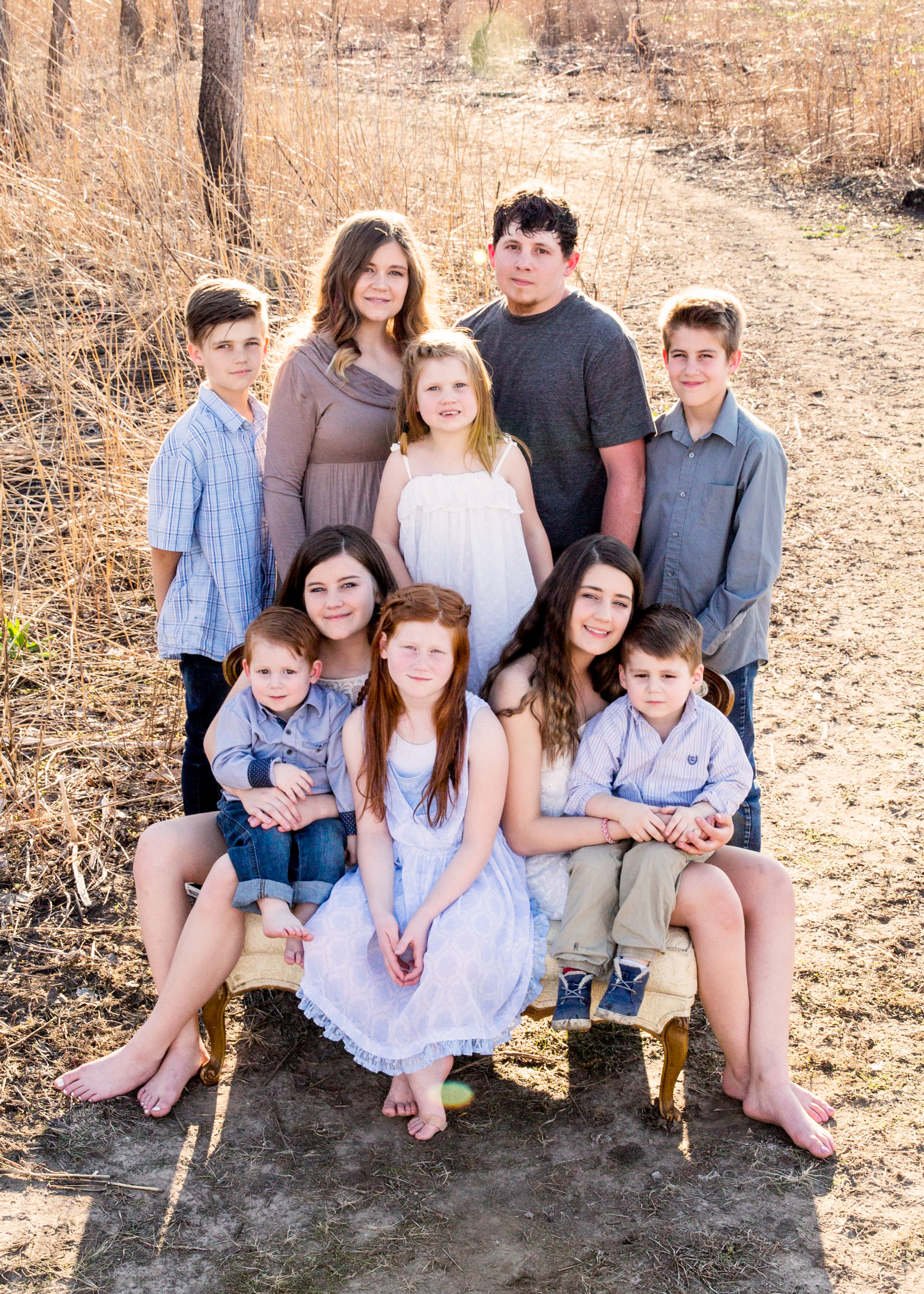 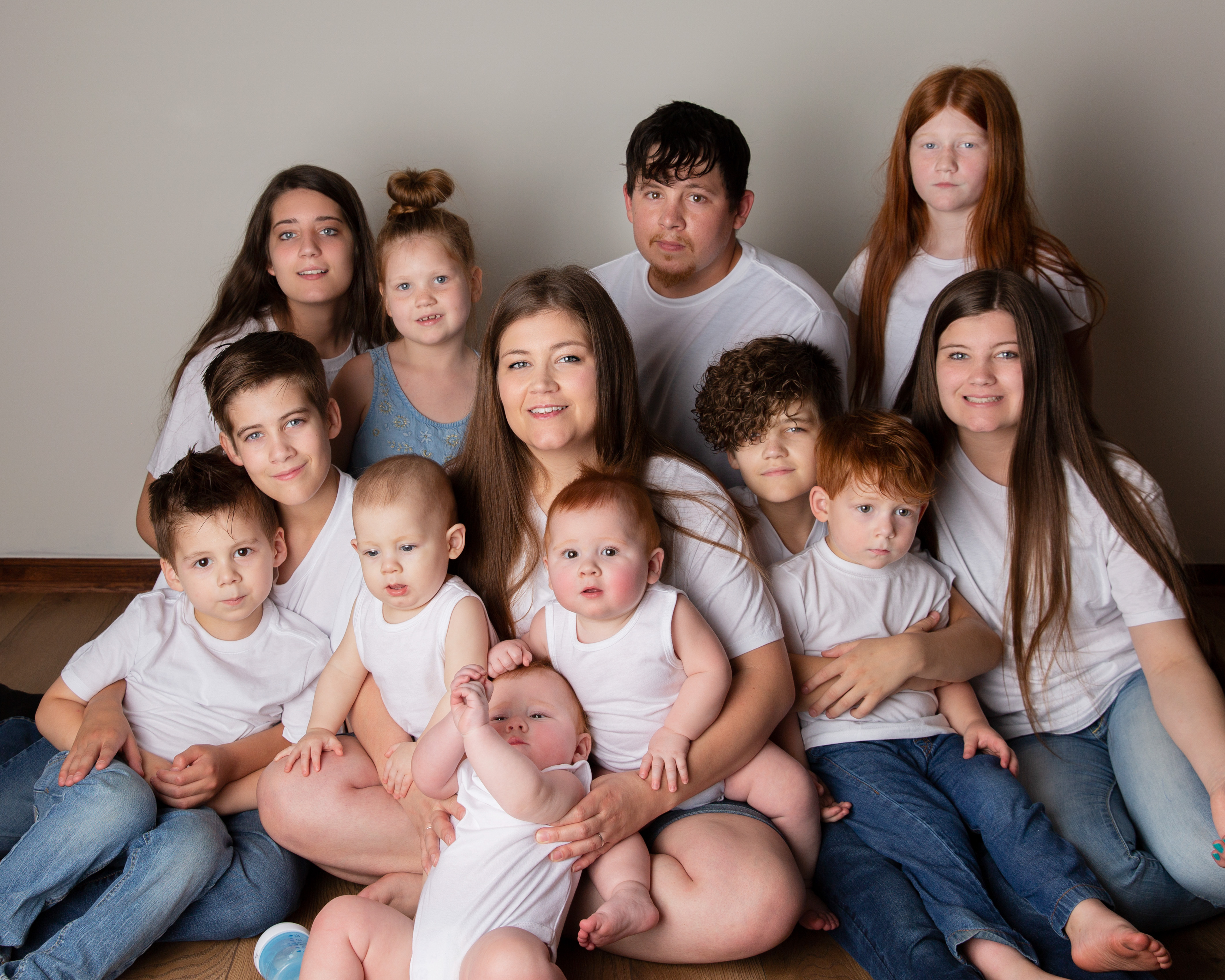 "My older kids do all their own laundry," she said.

"Trying to tell my husband no one will notice if we just left it."

The 32-year-old, who had her first baby a few days after she turned 16, gives fans regular updates into her day-to-day life looking after her huge brood, on TikTok.

Britni previously posted a video to her TikTok page earlier, answering a question one of her followers had asked her.

“When you go out do you always have to make sure you have everyone every second make sure you didn’t lose anyone (sic)” the person asked. 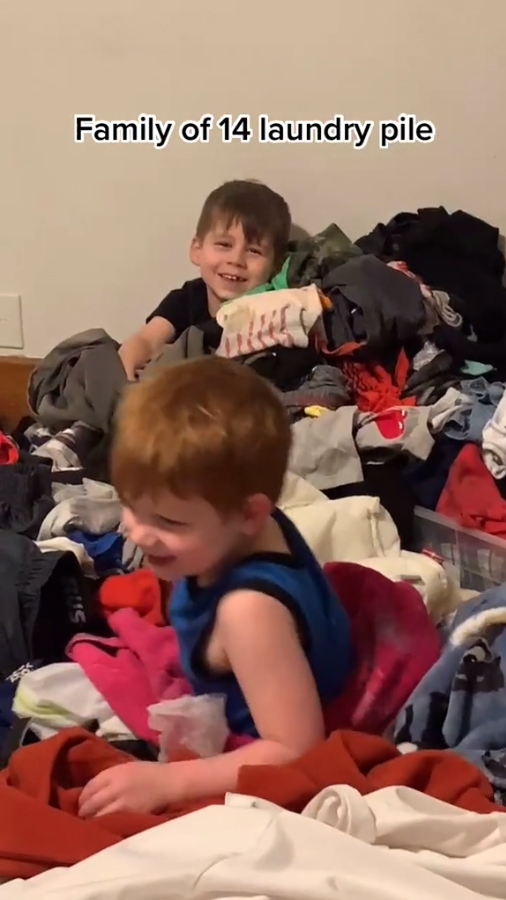 In response, Britni posted a video she had filmed during a family trip to the zoo.

The clip showed her husband, Chris, pushing the wagon the family used to cart around the youngest of their brood.

“Yes, we’re constantly keeping track of everybody,” she said in a voiceover, “especially when it’s crowded like it was yesterday".

“Silas was ready to go,” Britni added, “as you can tell, he was done with the zoo for the day”.

“Asher and Oliver and Abel were hollering like a siren coming through – it was funny so I was recording it,” Britni said with a laugh.

In the clip, Britni’s five youngest boys; one-year-old triplets Asher, Oliver and Abel, as well as Silas and Christopher, are pictured sitting in the family’s wagon. 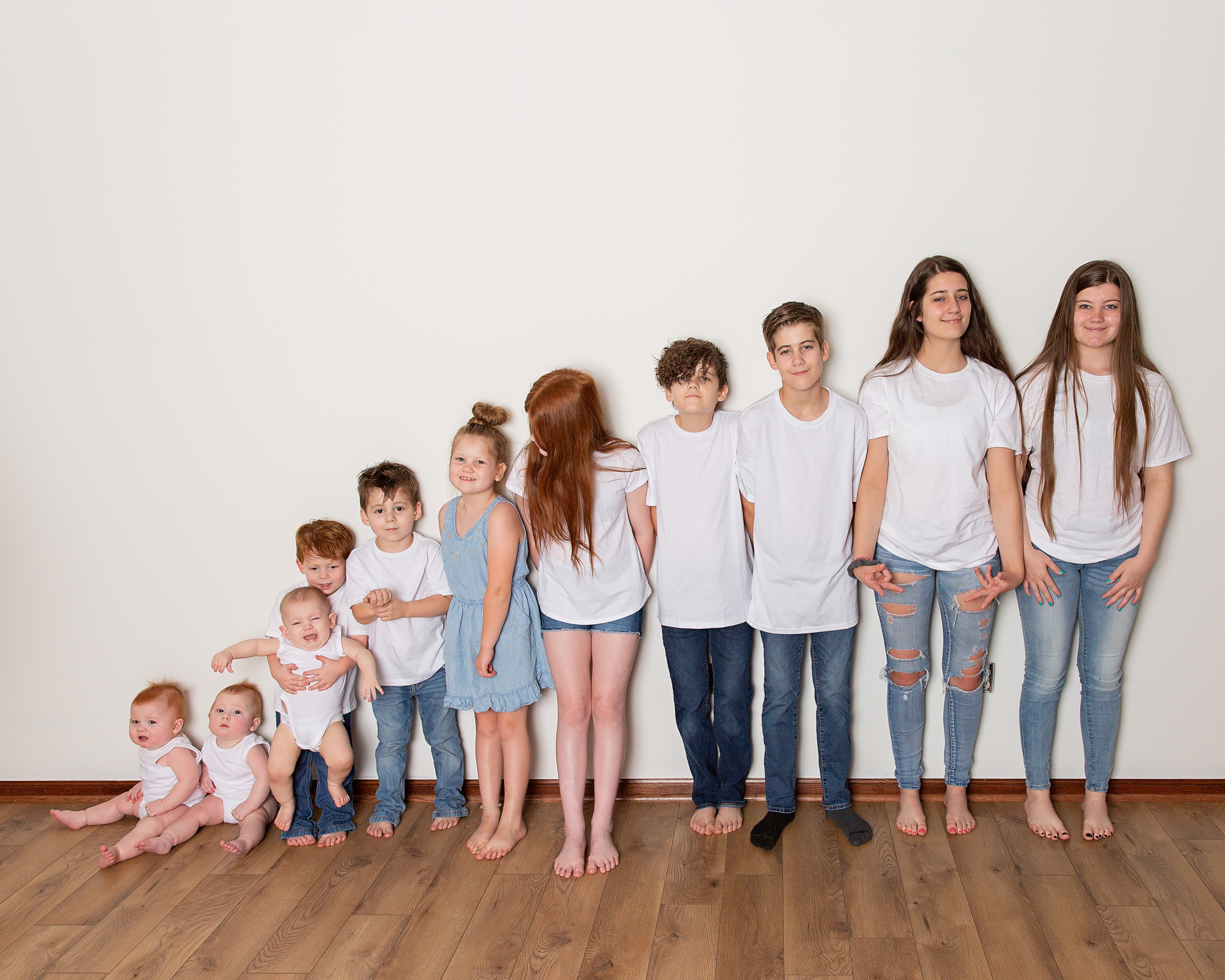 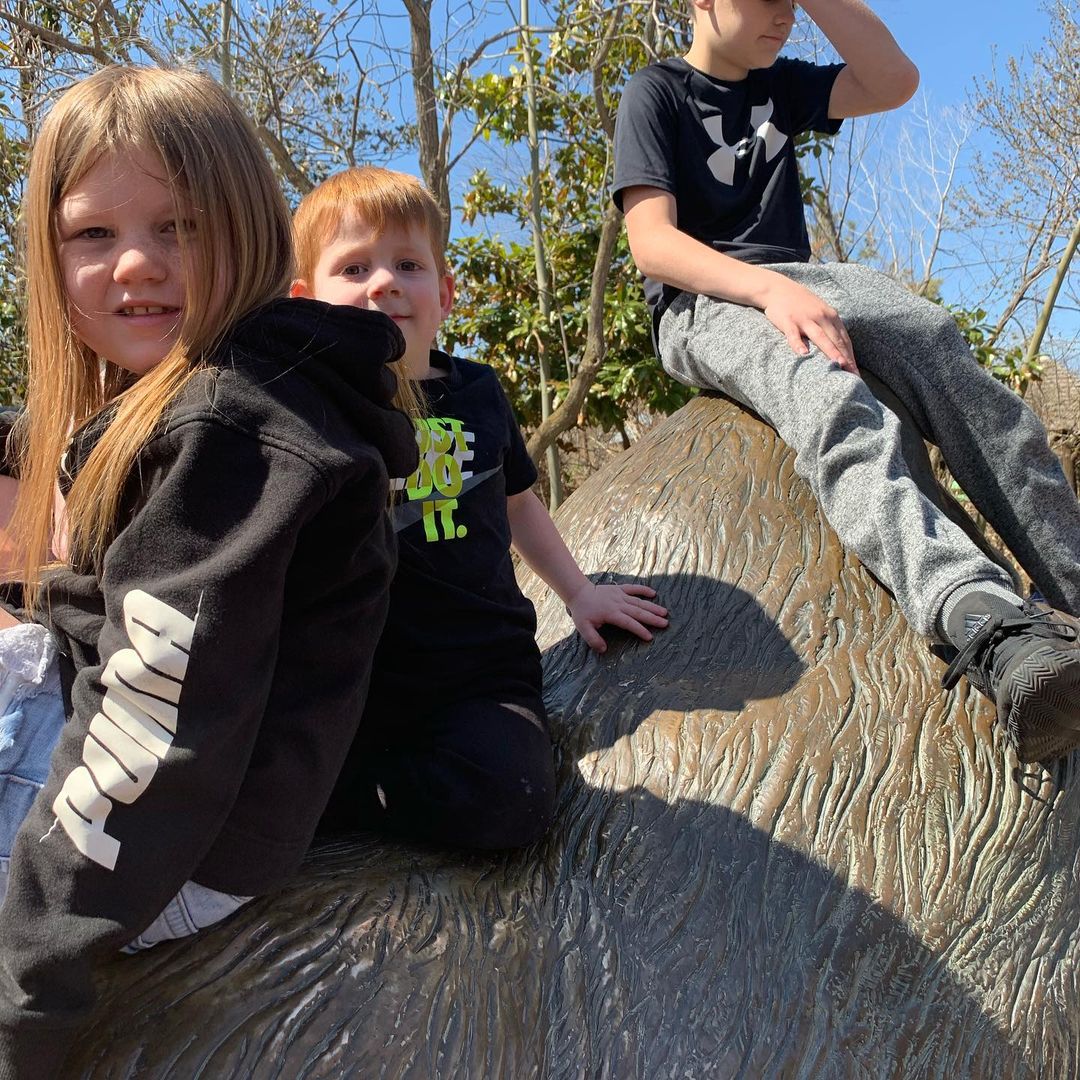 Her older children can be seen walking on either side of the wagon as the family wanders through the zoo.

“Jesalyn and Candence we don’t have to watch as closely but after crowded areas we did headcounts,” a caption on the video said.

The expectant mom-of-11 previously said she wanted more kids, particularly another baby girl, despite already going through 600 nappies a week.

Last year, Britni said: “I hope we’ll try to have another girl still. I don’t think I would ever have more than 15 kids but then again I never thought I’d have 11 kids."

The mom, from Arkansas City, Kansas, had her first child, Crizman, 16, six days after her sixteenth birthday with her ex-husband.

After the divorce, Britni said she went through a carefree phase, partying at weekends, and unexpectedly fell pregnant with her sixth child, Jesalyn, now eight, in 2012.

She spent three years raising six kids alone as a single parent before meeting her current husband, Chris, a sub-contractor, in 2014.

The pair have since had another five kids together, and are now expecting their sixth.

Britni has defended her large brood in the past and said they are "just like everyone else" after being criticised for her super-sized family.

Despite what people think of her, the full-time mom swears her life isn’t endless chaos and says she doesn't rely on benefits to support her family.

Previously speaking to CafeMom, she said: "People assume a lot of things about us that just aren’t true – we are just like everyone else."

She also explained how life as a mum-of-11 can be tricky – not only because motherhood is hard but because people are quick to assume "the kind of people who would want to have a lot of children." 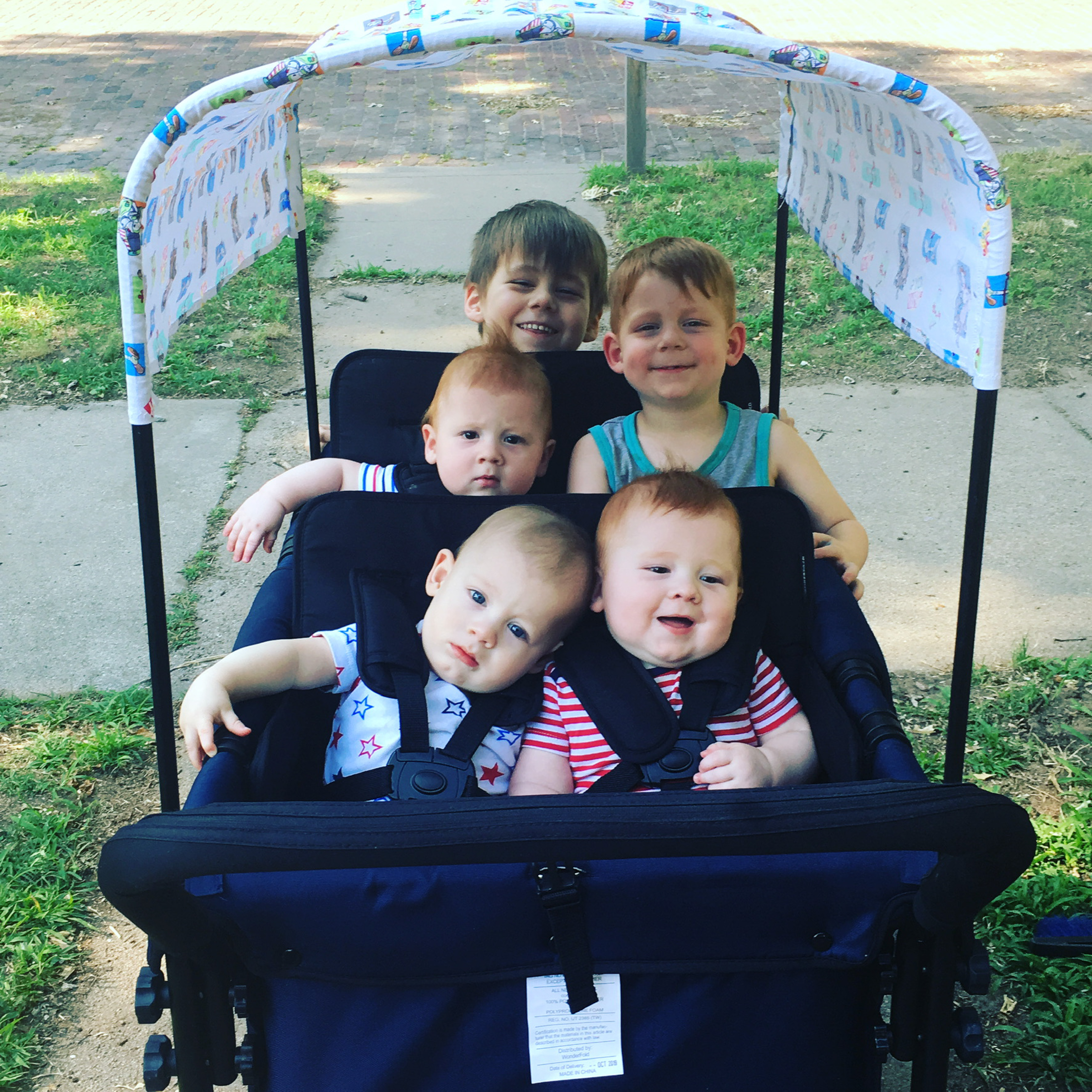 In other real-life news, a mum-of-14 says she's lucky she can afford it because they spend £2.5k a MONTH on food & go through 20 loo rolls a week.

We also reported on a mum-of-19 with 14 grandchildren – who has five washing machines, three driers and still can’t believe she had more than two kids.