COPENHAGEN — “Everybody is in love with the Ganni Girls,” boasted the Danish label’s chief executive officer Andrea Baldo.

Baldo joined the business three years ago, following its sale to L Catterton, and has since been working to take it global. The ever-growing power of the Ganni Girls community — which is a popular hashtag on Instagram but also a real-life community of women who are fully dedicated to the brand’s funky prints, loose silhouettes and Peter Pan collars — has meant that it’s been smooth sailing so far.

Having laid the foundations, Baldo is ready to take things up a notch and turn Ganni into a truly global label — with the U.S. and China top of the agenda.

Ganni’s hybrid spring 2022 show at Copenhagen Fashion Week on Thursday, which saw live broadcasts and conversations take place throughout the week and culminate with a tight yet impressive lineup, presented at the top of the city’s artificial ski slope Copenhill, also signaled that the brand is ready for takeoff.

The collection, dedicated to optimism and the joy of living life again, showed the increasing breadth of the Ganni offer, which extends beyond its popular printed dresses to knits, outerwear, sportswear, a growing family of rugged-soled boots and loafers, as well as more experimental crocheted or appliquéd pieces.

The Cape Makes A Return On The Runway

“It’s really about marrying good design with a price point that’s reachable,” said Baldo, adding that part of the brand’s success formula is the ‘heroes’ it managed to create in every category, from its quilted coats to its crystal-encrusted knits, rubber boots and Peter Pan-collared shirts. 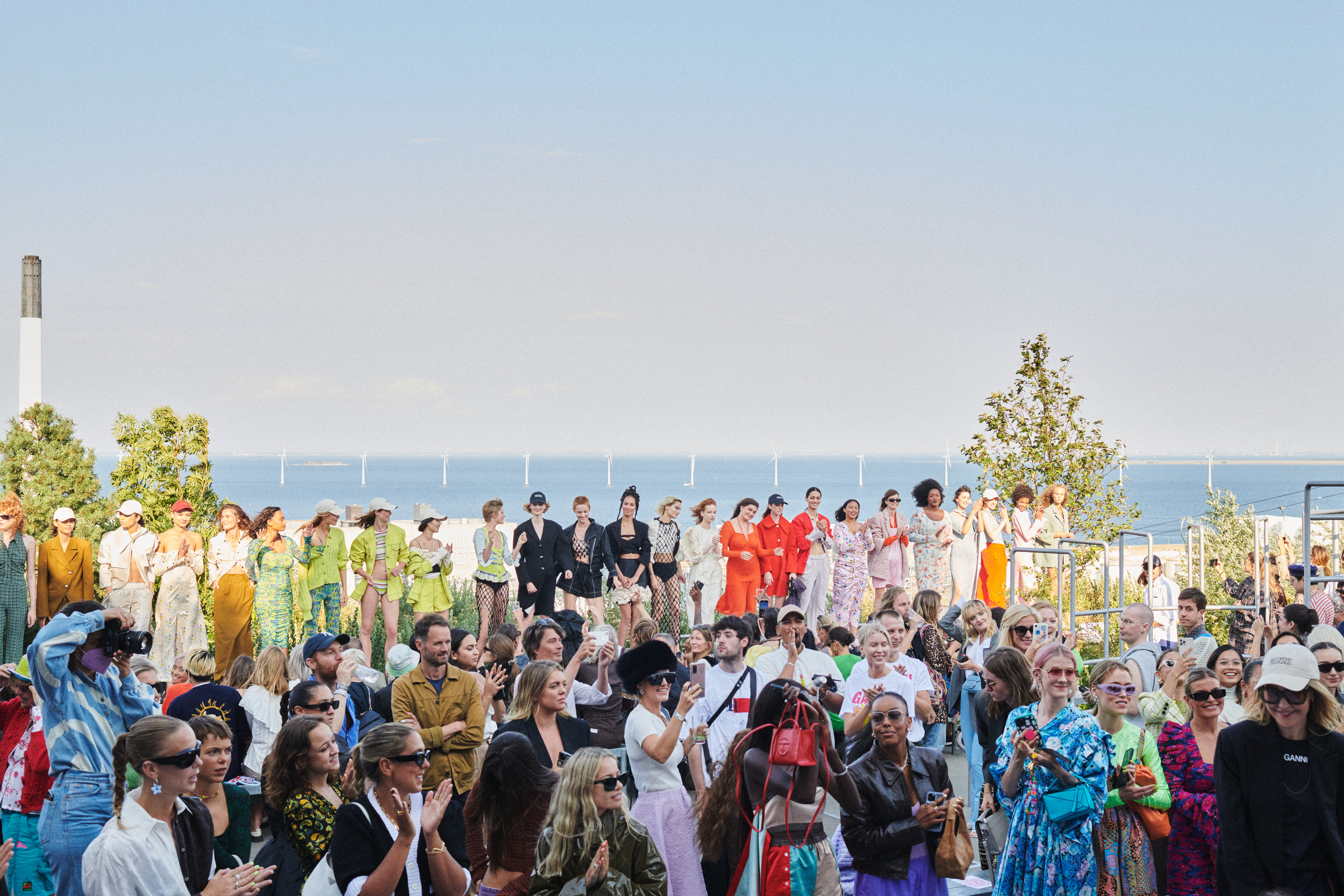 A full denim range and a collection of sustainably made bags — created by a dedicated accessories team that sits in Paris — are up next.

On a business level, this signature carefree style and the brand’s commitment to “honest price points” has meant that an increasing number of women around the world want to identify themselves as Ganni Girls.

The U.S. has already turned into the label’s biggest market in the last three years, surpassing its well-established retail and wholesale businesses in its home of Scandinavia. There have been openings on Melrose Avenue in Los Angeles and Mercer Street in New York, as well as a dedicated showroom and local team.

With the U.S. now being “the most important market” for Ganni, there is increased focus in offering more localized services, hence the brand’s latest opening in Williamsburg, where many Ganni Girls reside.

There are also markets like South Korea and Australia, which grew organically given the amount of Ganni Girls there, so the brand has been working to build dedicated e-commerce sites and is looking at physical retail locations in those countries, too.

“There’s been a lot of natural growth of the community because they resonate with the Ganni style. I think that Ditte [Reffstrup, the brand’s creative director] really created something so distinct. She deserves a lot of credit for that,” said Baldo.

Stores in Paris and Amsterdam are in the works and the next big focus will be on conquering China: The label made its first steps in the market through third-party retailers like Net-a-porter and Ssense, and three months ago opened its own store on Tmall. 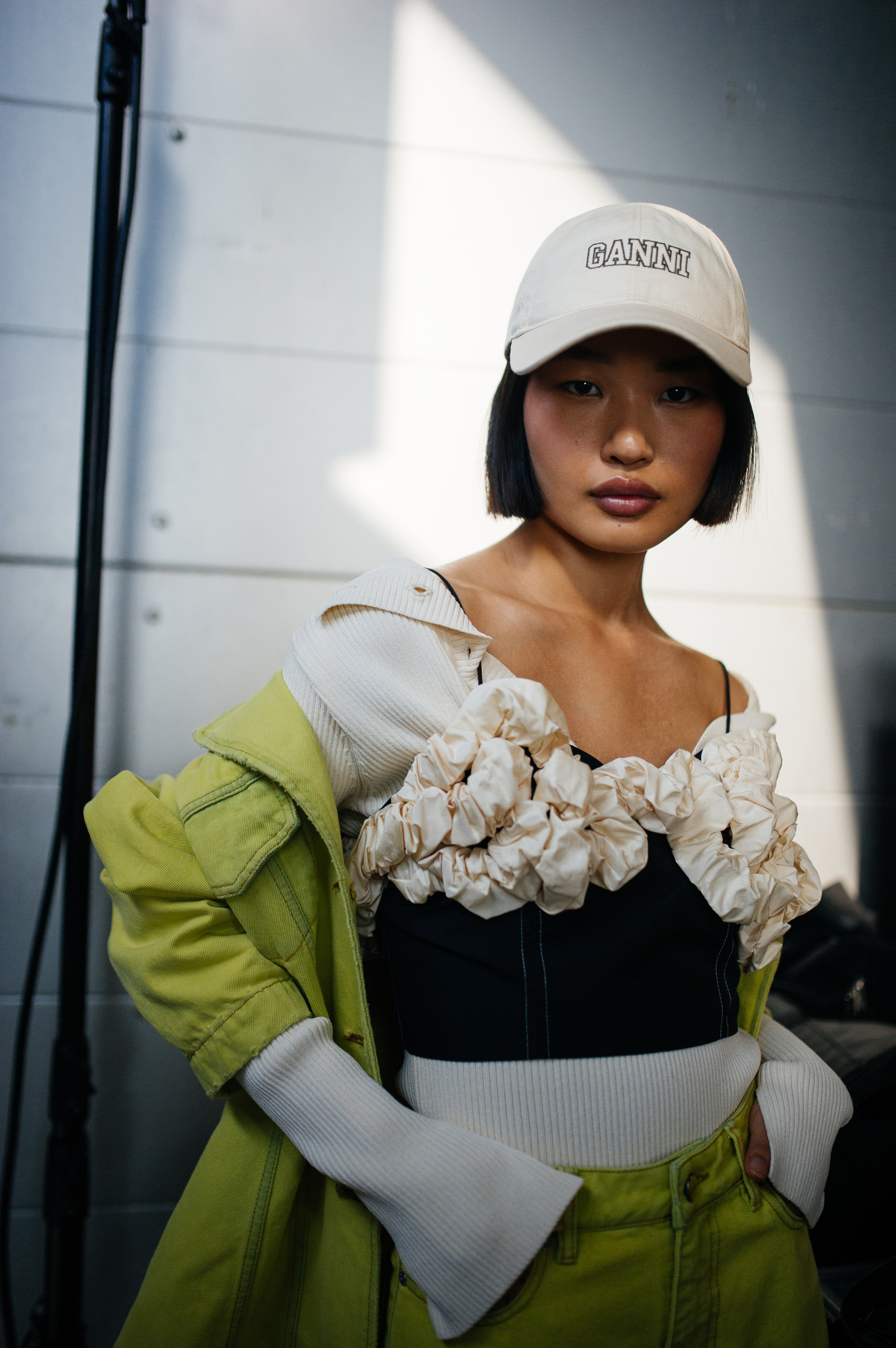 “The results have been mind-blowing. It’s been much better than what we have anticipated because the market was ready. There was a lot more awareness, probably because of the influence that we already have in Korea and because of social media. Now, looking at the performance, we can finally serve the market directly. The numbers are really which will push us forward to the next step of opening a store. It was a medium-term goal but it’s top of my agenda now,” said Baldo, who previously held executive roles at the likes of Marni, Diesel and Coccinelle. “It’s the first time that I have landlords come to me first, to get the brand.”

The ambitious retail rollout comes at a time when other brands are shuttering stores and downsizing their retail networks. Ganni also asked the question of whether stores are really needed, especially as its e-commerce sales skyrocketed in the last year.

But according to Baldo, the brand’s community-first approach means there’s still a purpose for physical stores. What might have changed is the strategy behind them: they are seen as hubs rather than stores, and they’re more likely to be located in local neighborhoods rather than prime, central locations.

“With the Williamsburg location, for example, we asked, ‘Where are we shipping most? Where is our tribe basically living?’ And what the pandemic showed was that these local stores are more important than big, commercial centers. So maybe the locations may change, because we want to be closer to the community. By doing this, we can tap into many other opportunities, like one-on-one meetings with customers or delivering to their home,” explained Baldo, who doesn’t see the trend changing post-pandemic. “What this could mean is that we won’t need as many stores we initially planned for to reach our objectives. This kind of balance between e-commerce and retail hubs allows you to maximize sales.”

A similar shift in perspective was applied to the label’s design calendar, which revolves around 11 small drops and dedicated capsules, like the Ganni Club range of activewear or the label’s collaboration with buzzy London designer Priya Ahluwalia earlier this summer.

This means less product, edited-down main collections, and higher sell-throughs. It’s all about telling new stories with the same products rather than producing more, explained Baldo. “It’s better for everybody, because we run out of product earlier and have less waste. But it’s also an opportunity to tell different stories at a different rhythm. The new drop schedules mean that our engagement with the consumer is almost on a weekly basis, which works on digital, but also on a retail level.”

It’s an important rethink for Ganni, which wants to achieve scale while holding onto its high sustainability standards. 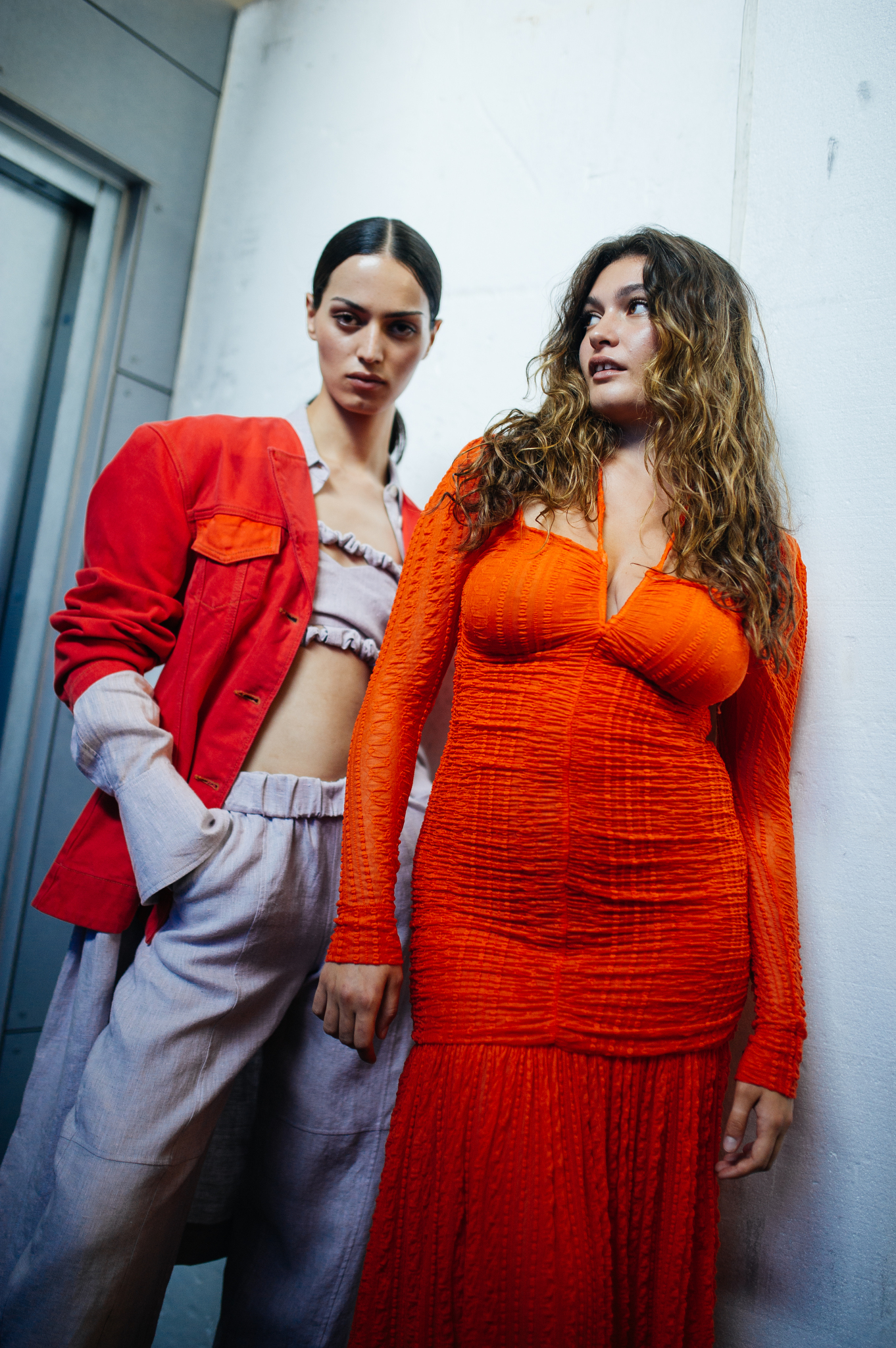 Since Baldo took over the reins of the business, cofounder Nikolaj Reffstrup has turned his focus entirely to sustainability and circularity in particular — adopting an ongoing test-and-learn approach on every aspect of the business. On the raw material stage, the brand has been increasing its use of recycled or deadstock materials, and also thinking about ways to extend the lives of its garments postproduction by piloting rental services in its Copenhagen stores.

“We need to create business models that give us more value out of our resources. It’s still not easy to make it financially viable, but ideally you want to be able to use the same resources and multiply the opportunity to extract value from them,” said Baldo. “These products have a residual value but so far the industry has only been focusing on the first transaction.”

The rental model can offer brands the opportunity to make multiple transactions out of the same garment and then sell it on the secondhand market, making a profit. But there’s still progress to be made until there’s enough demand: “We launched our pilot in Denmark, which has one of the biggest secondhand markets, and we saw that the model works. Yet, as of today are not economically viable and the volume is not picking up as fast as it should. That’s why we are thinking about expanding to other markets because we might need to create more traffic,” explained Baldo.

The company also recently launched a small collection of secondhand and upcycled garments on Depop to show that “it’s serious about circularity” and to understand the younger, socially conscious audience better through data gathering.

The ultimate ambition? Offering the customer the choice of renting, buying new, or secondhand at checkout, just like they are being offered to choose whether to pay by card or via PayPal.

“It will become the normal way of interacting with customers and will be up to the brands to find the balance between the different business models and build the right cost structure,” said Baldo.