I was called a P*** by one of my ‘liberal and TV-type’ workmates: BBC star Anita Rani reveals her shock at racist abuse – and why she self-harmed as a teenager

BBC star Anita Rani today reveals her shock after being called a ‘P***’ by a colleague – and tells of her history of self-harming.

The Radio 4 presenter, who has worked at the Corporation since 2006, admits being so taken aback by the racist remark – which was made by an individual she describes as one of the ‘so-called educated, well-travelled, liberal TV types’ – that she was left speechless.

Referring to the incident, she says: ‘There was a moment when someone in a work environment called me the P-word and I just didn’t react. Afterwards, I thought, “Who the f*** am I? What has happened in my life where I just allow that to happen?”‘

Ms Rani concedes that the person was ‘probably’ joking, adding: ‘But it wasn’t a joke. Is it ever a joke? There’s a generation of us who have grown up here. We are British. We come with our stories and we want to say: ‘Listen to who we are. We don’t want to have to hide away any more.’ It’s liberating.’ 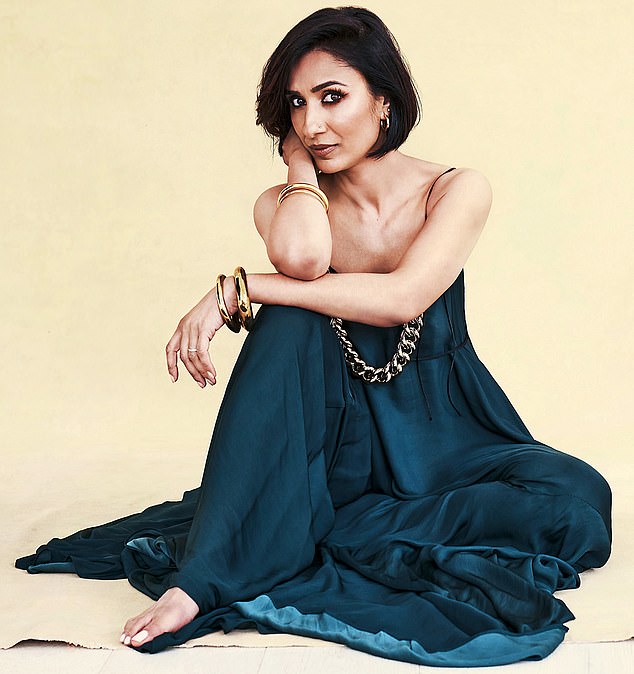 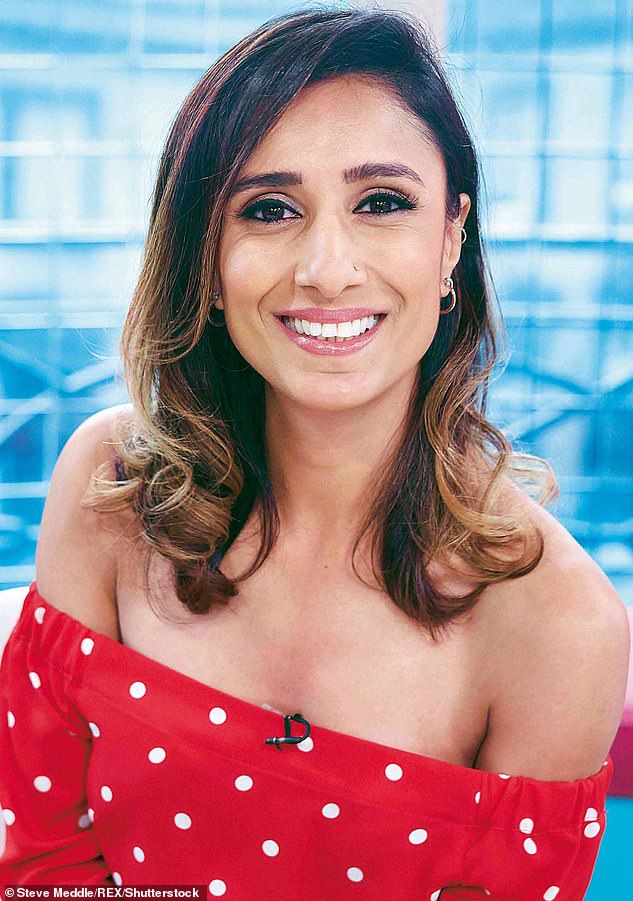 The Radio 4 presenter, who has worked at the Corporation since 2006, admits being so taken aback by the racist remark – which was made by an individual she describes as one of the ‘so-called educated, well-travelled, liberal TV types’ – that she was left speechless

A book by the 43-year-old, The Right Sort Of Girl, is published next month. It will tell her story of growing up in a Punjabi family in Bradford, Yorkshire.

Speaking about her traumatic teenage years, Ms Rani, who took over as a presenter of Woman’s Hour last January, tells The Mail on Sunday’s You magazine today: ‘The only time I felt I gained some control over my life and some kind of release, felt something, was in those moments when I’d sit in my room and cut myself and watch the blood slowly appear from under my skin.

‘I found it both terrifying and satisfying. I felt alive and present and, in those moments, thought about nothing else.

‘Nothing. I just focused on the pain and the blood and it was a sweet relief from the rest of my life. I don’t think people expect someone on the telly to have gone through something like that. 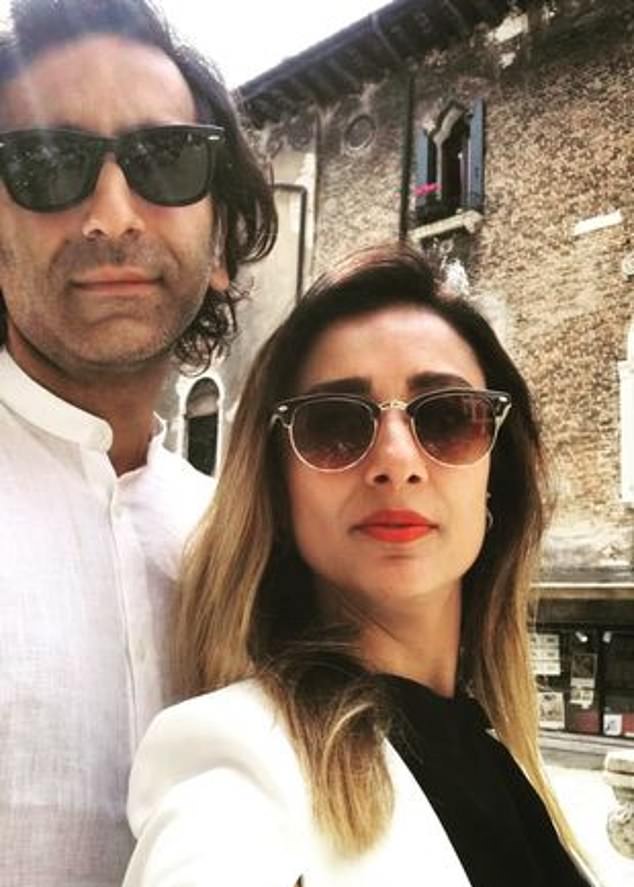 Ms Rani now lives in East London with Bhupinder Rehal (together, above), who she met in 2008 at a party where he was DJing

‘I went through it, so let me share that to make it easier for other people. I wrote it for the 16-year-old me sitting up in Bradford thinking: ‘I don’t know what the hell is going on.’ ‘

Ms Rani now lives in East London with Bhupinder Rehal, who she met in 2008 at a party where he was DJing.

The couple married in what she describes as a ‘big Indian wedding’ and, while she acknowledges that her parents were delighted with her choice of husband, she admits coming under family pressure about settling down.

In the book, which will be serialised in You magazine next Sunday, Ms Rani reveals that every time they spoke, her mother would say: ‘I won’t be happy until you’re married’.

Ms Rani continues: ‘That is the killer line. When all you have tried to do is make them happy. It’s the final and most effective control method, their suffering. 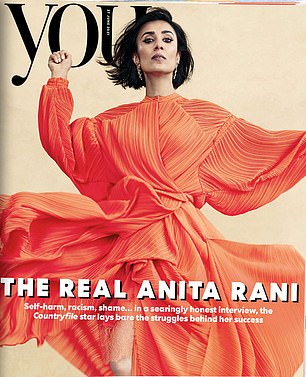 ‘In the pursuit of your own freedom and choices, you are still controlled by that innate drive, which means mothers can turn the screw whenever they want, consciously or subconsciously.

‘All they can think about from the minute you are born is the day you will get married.

‘Finally, they will be free of the daughter. Asians are obsessed with getting wed, or rather getting people ‘married off’. There’s no consulting or interest in how you might feel about it.

‘This was her obsession – marrying, and marrying Indian. She was liberal enough to allow me to pick for myself…’

Speaking about the culture she grew up in, Ms Rani says: ‘Back in the 1980s, I used to lie on my granny’s sofa pretending to sleep but actually listen to my two aunts have a good old gossip about which of their friends had run away from home, usually with a boy. Probably to escape a forced marriage.

‘Punjabi parents disowning their daughters was commonplace when I was a tot. Mainly because they’d dared to make their own choices about their lives.

‘There is no such thing as unconditional love in an Asian household, unless you are a son, of course.

‘Here’s the deal: you bring shame, we disown you. You don’t even need to bring home a person as shocking as someone white, black, Muslim, Hindu or Sikh (depending on your religious perspective) for Bollywood style melodrama to ensue.

‘Even someone from the wrong caste can result in children being outcast.

‘A person who has the same religion, same food, same language, same culture, same customs… and now here you are refusing to speak to your own child because they made their own decision about who they want to spend the rest of their life with. Utter madness.’