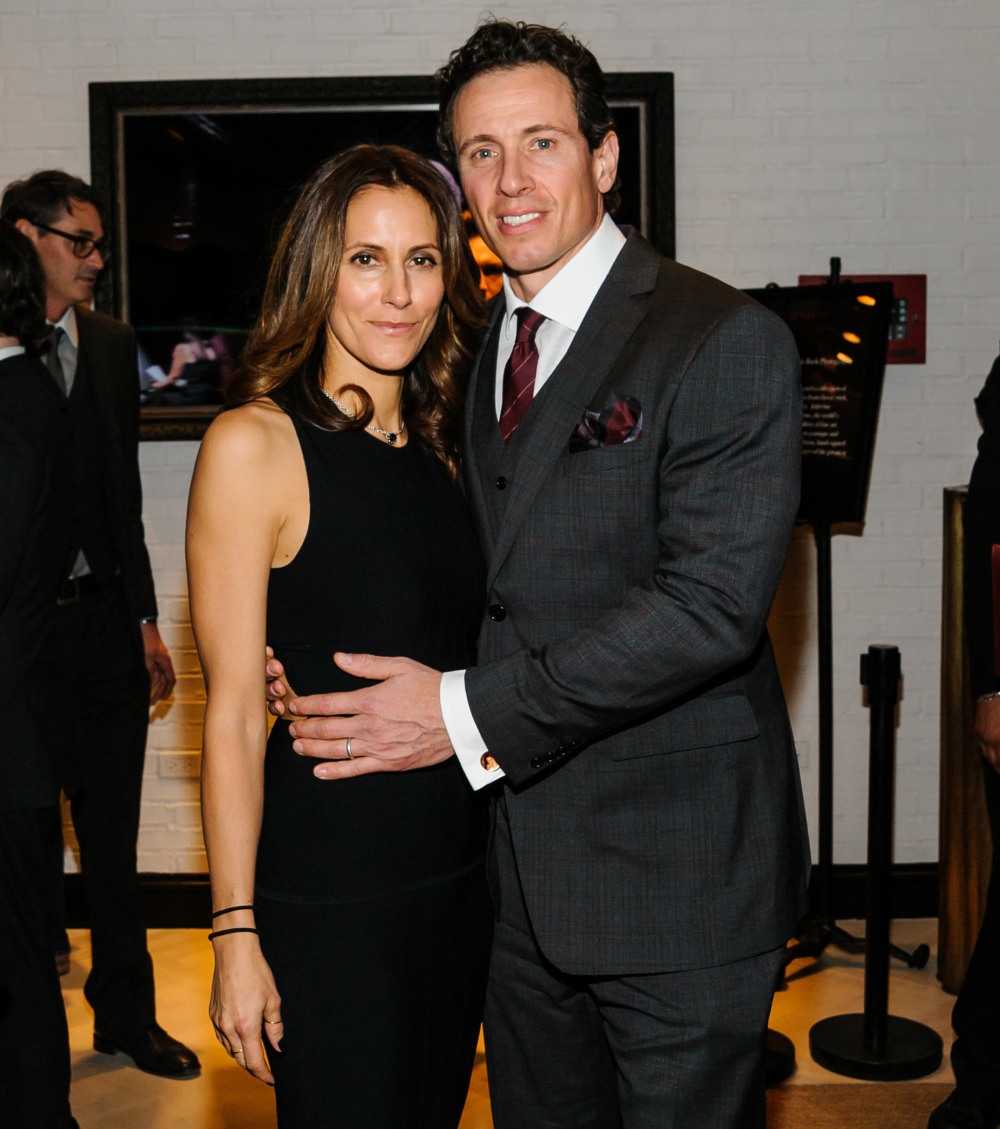 Chris Cuomo is, at best, a sympathetic meathead. He’s very yelly and he’s honestly not great at his job, although I have genuine sympathy for his recent health struggles – he had a bad case of coronavirus and he was trying his best to get through it. But did you know “his best” involved a lot of crazy pseudoscience from his wife? He’s married to Cristina Cuomo, “editor in chief of wellness publication The Purist.” Last week, Cristina made headlines for talking about “Clorox baths” for her family to combat the virus. She’s lucky that this sh-t was going viral in the same newscycle as Donald Trump’s “drink Lysol for a corona cure” press conference.

Chris Cuomo has posted on Instagram and spoken in cable news spots about dealing with the illness. Cristina has also been posting about the home remedies she favored throughout her and her husband’s ailments. It’s mostly benign stuff, drinking some bark juice and sending a lock of his hair to be analyzed. But when she published her “week three” diary earlier this week, she spoke of the treatments used on herself, which leapfrogged the Goop set to attain new heights. There was a paragraph on borrowing a “body charger” from a friend on the advice of an energy specialist. She wrote that it sends “electrical frequencies through the body to oxygenate blood and stimulate the healthy production of blood cells to fortify my immune system.” She wrote that she ordered an at-home I.V. She wrote of a taking a Clorox bath to combat “radiation” and do something to “metals.”

She sounds exactly like the ideal patient for Denise Richards’ husband, Dr. Big D–k Regeneration and his Blocking Electromagnetic Frequency Cure. Suddenly, people were doing thinkpieces about whether bathing in Clorox is actually something any human should do? But, again, Donald Trump was telling people (just hours later) to drink the Clorox, not bathe in it, so people kind of forgot. Turns out, she’s doubling down on all of it. Cristina gave an exclusive to People Magazine where she talked about how she’s doing a lot better after being diagnosed with the virus, then she started talking about “the backlash” against her bleach-baths and expensive vitamins:

“I have to say, the fear I had going into it was far greater than the fear I had while I was in it,” she says. “I think there’s so much anxiety right now around this virus, and part of it is the fear of knowing there’s no vaccine, and there’s no proven cure or treatments.” Cristina says that “fear” is why she wanted to share the foods and homeopathic treatments she found useful in a blog post on The Purist, the online magazine she founded in 2017. “I think anecdotal evidence is really important right now — what are you feeling, how’s it going for you? — so people get a better understanding of what to expect,” she says.

Her initial post received backlash for the methods she described, including a Clorox bath (which she later updated to clarify that it involved ¼ of a cup of Clorox, not a tub full of it), pricey herbal medicines and a $300 vitamin C drip. After the criticism, Cristina amended the post to say she is “aware that what I am about to talk about are remedies for people who are already in a privileged situation — we have a roof over our head, enough food to eat and clean drinking water, and not everyone has that.”

Cristina says, though, that she understands the backlash. “There’s a huge opposition against holistic medicine, I get that,” she says. Many of these practices do not have backing from peer-reviewed scientific studies and are not used by Western medical doctors. Cristina updated her post to say, “None of these natural remedies below should be taken without consulting a doctor or naturopath.” But in her view, she says, “If there’s a potential for something to work, why not investigate it?”

“Who knows if it worked or what it did, but I know that in nine days, I got most of that virus out of my system,” she says. “This being a virus with no vaccination and no cure, my resolution was to learn as much as I can, go to my same doctor Linda Lancaster and follow her protocol, her prescription. And no way am I saying please try this. It’s just the path that I took and I’m sharing it because there isn’t a lot of anecdotal evidence.”

On one hand, I do agree that anecdotal evidence is important right now and it’s important for people who have had the virus to talk openly about their symptoms, what they took to help, and where and how they believe they got it. In a crisis, anecdotal information quickly becomes part of the medical record too. If people are legitimately helped by an increase of Vitamin C & D, let’s do that. But Cristina’s thing is that she’s not any kind of medical expert or even a holistic medicine expert, and she’s doling out advice like she’s both. The problem is that people might listen to her AND Trump and create Clorox baths and sip their orange-juice-and-Clorox screwdrivers. 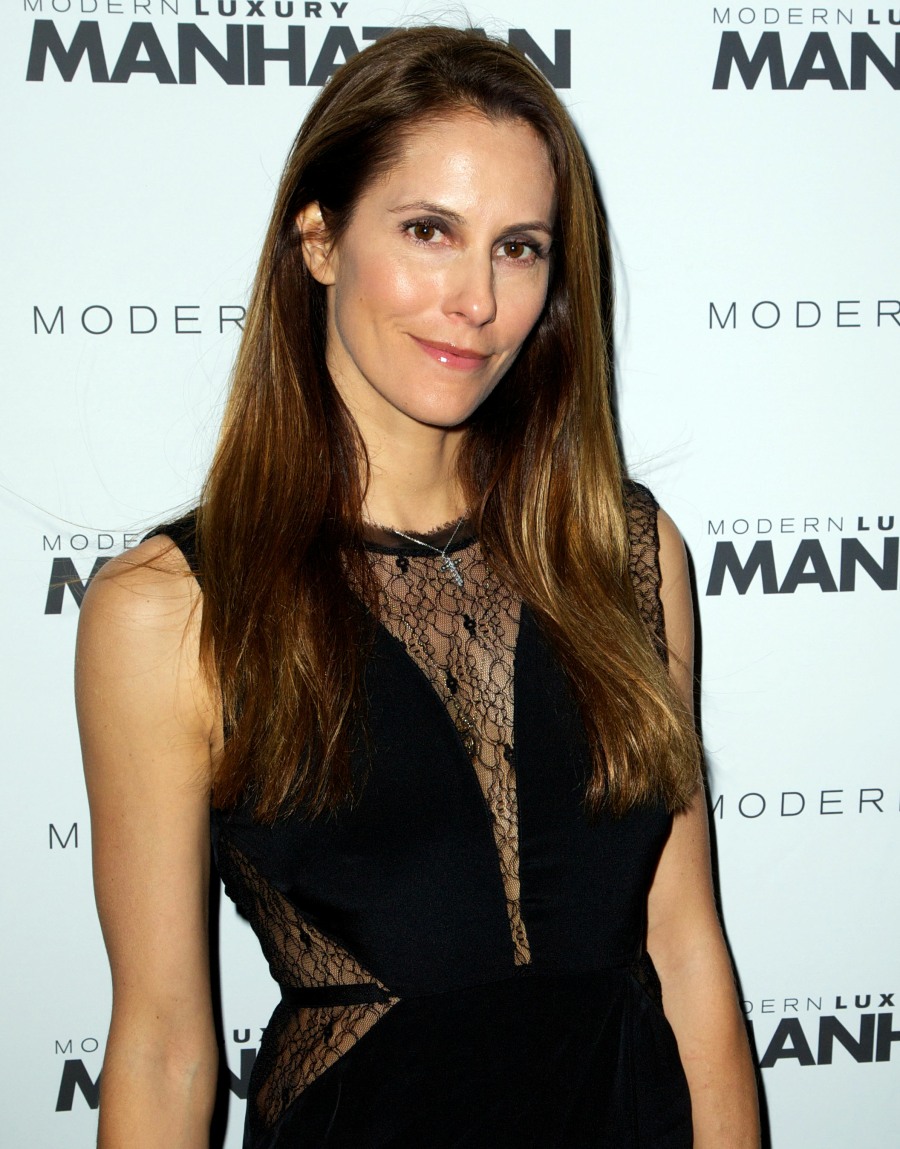