The 29-year-old model and mother of one stepped out in the Tribeca area in New York City on Saturday for a casual walk with her newborn son, Sylvester Apollo, who she pushed in a stroller for the outing. 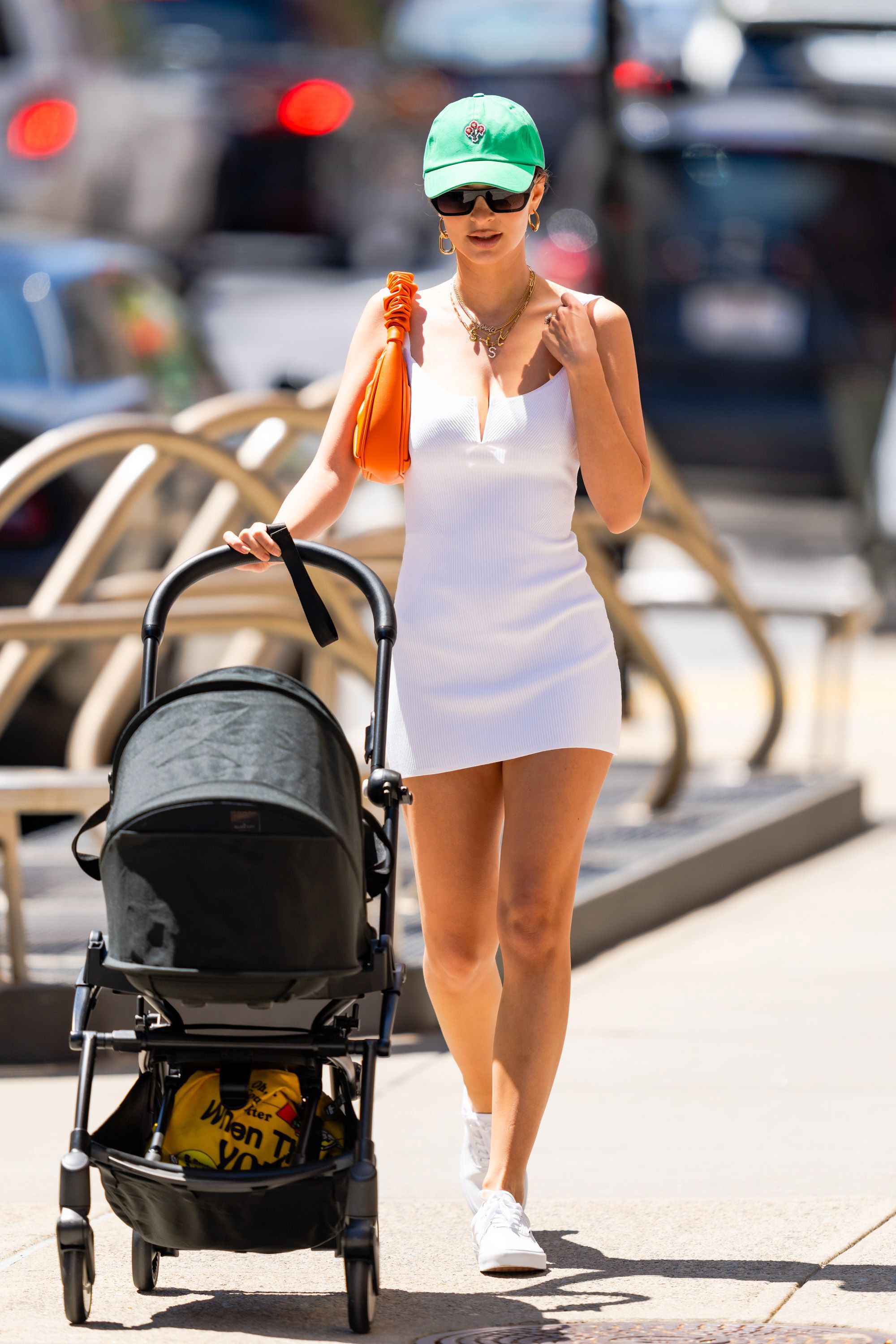 Ratajkowski was the epitome of casual, sexy, and chic in a snow-white, super short tennis dress, paired with a green baseball cap, black sunglasses, layered gold tone necklaces, and a bright orange bag. 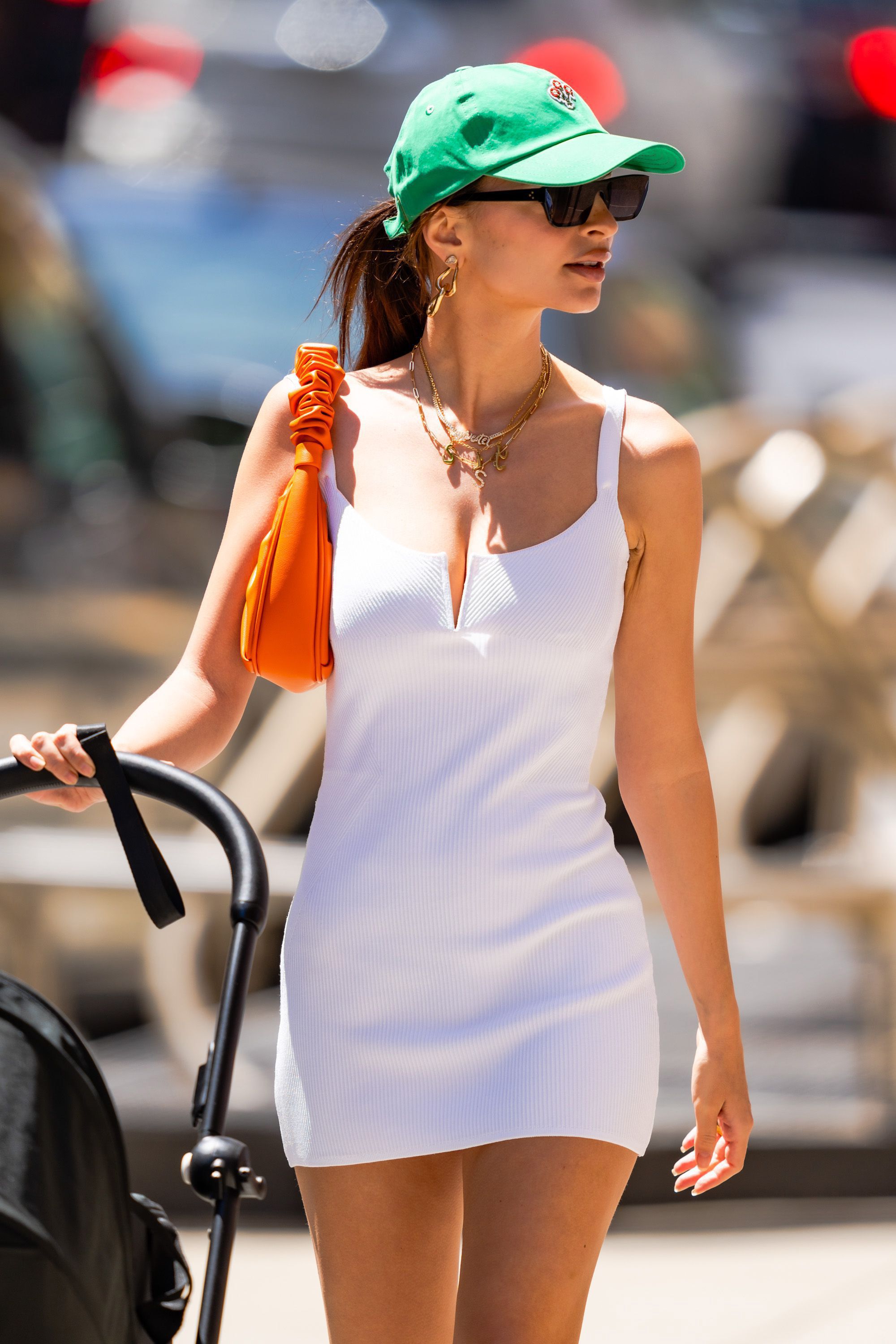 The model revealed in an Instagram post Saturday afternoon that she and baby Sly were headed for a brunch date when the pictures were snapped. “Brunch buddy,” she captioned a series of three pictures from the afternoon, including two of her holding Sly in her arms and posing for the camera (although Ratajkowski blocked out her son’s face with an angel emoji to maintain his privacy).

The post comes less than a month after Ratajkowski made headlines for selling an NFT (short for non-fungible token, which uses blockchain technology to provide proof of official ownership of certain digital assets) titled “Buying Myself Back: A Model for Redistribution,” in which the model stands in front of a canvas image of one of her Instagram posts that had previously been appropriated by artist Richard Prince for an exhibition, as CNN reports.

“The digital terrain should be a place where women can share their likeness as they choose, controlling the usage of their image and receiving whatever potential capital attached. Instead, the internet has more frequently served as a space where others exploit and distribute images of women’s bodies without their consent and for another’s profit,” Ratajkowski explained in an Instagram post announcing the NFT auction. “Art has historically functioned similarly: works of unnamed muses sell for millions of dollars and build careers of traditionally male artists, while the subjects of these works receive nothing. I have become all too familiar with this narrative, as chronicled in my 2020 essay for New York Magazine, Buying Myself Back. NFTs carry the potential to allow women ongoing control over their image and the ability to receive rightful compensation for its usage and distribution.”

Ratajkowski’s NFT sold at auction through Christie’s for for $175,000 after fees.