Former Bachelor contestants continue to keep us on our toes during this quarantine!

We laughed our way through Hannah Brown and Tyler Cameron‘s flirty TikTok videos and raised eyebrows when Peter Weber and Kelley Flanagan‘s controversial relationship blossomed during the lockdown.

It’s pretty hard for anything to get past fans who, like most of us, are at home scrolling through our feeds for any and all forms of entertainment. Our first clue about Victoria and Chris came from popular blogger Reality Steve, who tweeted the two were in Soules’ hometown Iowa together last week:

One tweet simply wasn’t enough as eagle-eyed fans took to social media to scour for more compelling proof. While inspecting Victoria’s Instagram, some noticed the background of her Insta Story pics resembled an area of the former Bachelor‘s home, which was previously featured in an interior design blog:

Other followers also noticed the same tan couch and pillow appeared in both Soules’ photo and Fuller’s background during her recent video chat featuring other women from her season. Ch-ch-check it out, courtesy of @bachelor.tea (below):

Can you spot the similarities?? We definitely do! That interior looks way different than any of the at-home shots on Fuller’s page dated before her time on the ABC hit show. While you could try to make an argument this is isn’t Chris’s home, it certainly isn’t Victoria’s either!

Let’s also consider how the rumored couple posted shots of an open country field within an hour of each other on their IG stories this week, too: 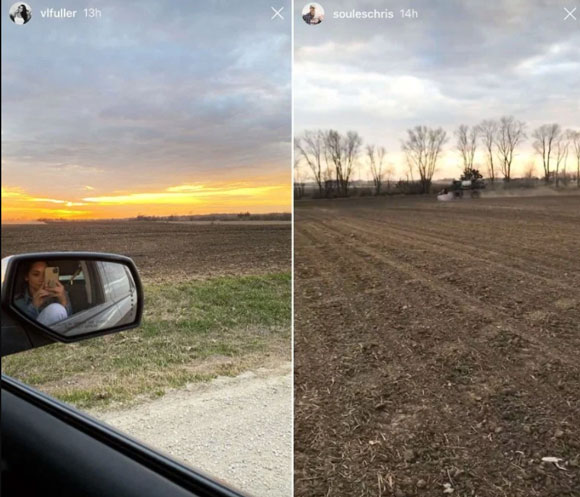 This all seems very believable, doesn’t it? And if these two are a secret item, are fans even on board with this pairing?

Viewers will recognize the 26-year-old medical sales rep from having made a splash on season 24 of the hit dating competition series featuring Weber. She was accused of breaking up marriages before her time on the show AND participated in a controversial modeling campaign, too. As for Soules? The 38-year-old appeared during Andi Dorfman‘s season of The Bachelorette in 2014. He then went on to become the Bachelor and got engaged to Whitney Bischoff, but they broke things off just a year later in 2015. The Iowa native has mostly stayed out of the public eye following his arrest for fleeing the scene of a fatal car crash in 2017 — but he’s certainly making headlines again!

A source recently told Us Weekly the two connected after “Chris slid into Victoria’s DMs,” and after all of this picture-proof of their recent activity, it seems like they’re the real deal.

Let us know what you think about this new pairing in the comments section (below)! 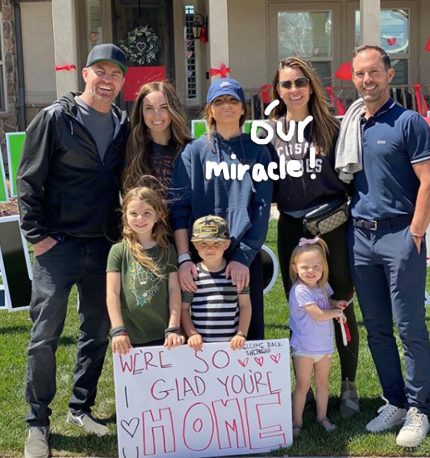 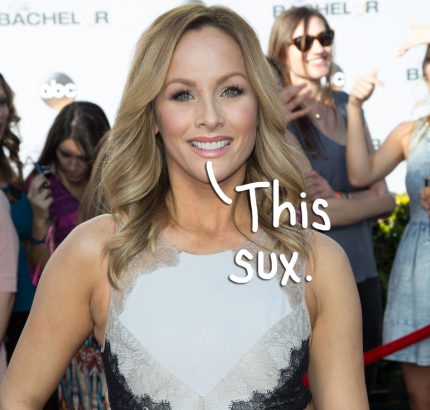 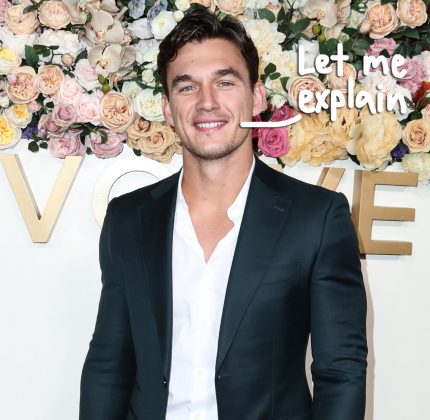 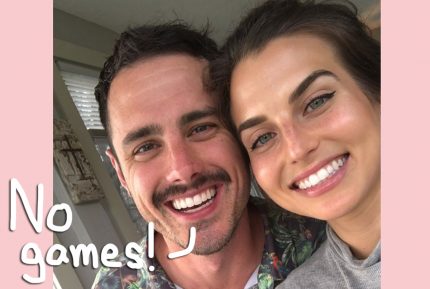