The Chase’s Jenny Ryan, 38, who is otherwise known as The Vixen, has decided to confront one ITV viewer on Twitter after they told her she was the “worst” Chaser and “weakest” quizzer on the programme. The quizzing genius addressed their “cruel” comment and admitted how she is “fed up” of it all.

I didn’t say I was upset.

It comes after one social media user tweeted: “Jenny from The Chase is the worst out of them all honestly.

“#thechase obviously she’s smart and knows a lot of stuff, but compared to the rest, she’s the weakest out of the bunch @jenlion.”

It wasn’t long before Jenny saw their remark and decided to express her thoughts, in view of her 79,000 Twitter followers.

Sharing their cruel comment onto her profile, she added: “Y’all are entitled to an opinion (even if it’s not entirely correct) but tagging the subject is just deliberately trying to be cruel.(sic) 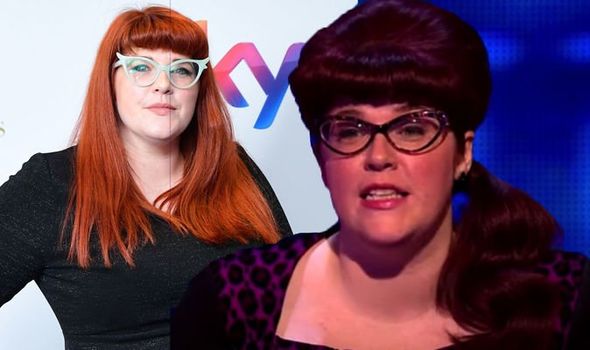 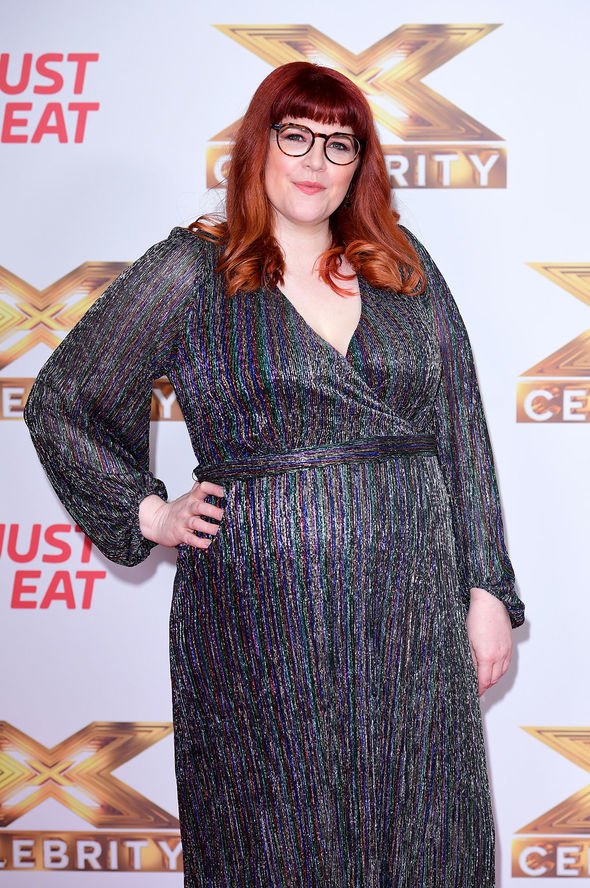 “And anyway, if the worst you can say is that I’m in the top 6 UK Chasers, that’s still a pretty amazing achievement. Go me!”

Fans of the Chaser were quick to support the star as one wrote: “It’s not even true. Guy needs to educate himself.”

Another added: “I don’t understand why people keep tagging you in mean tweets like this. 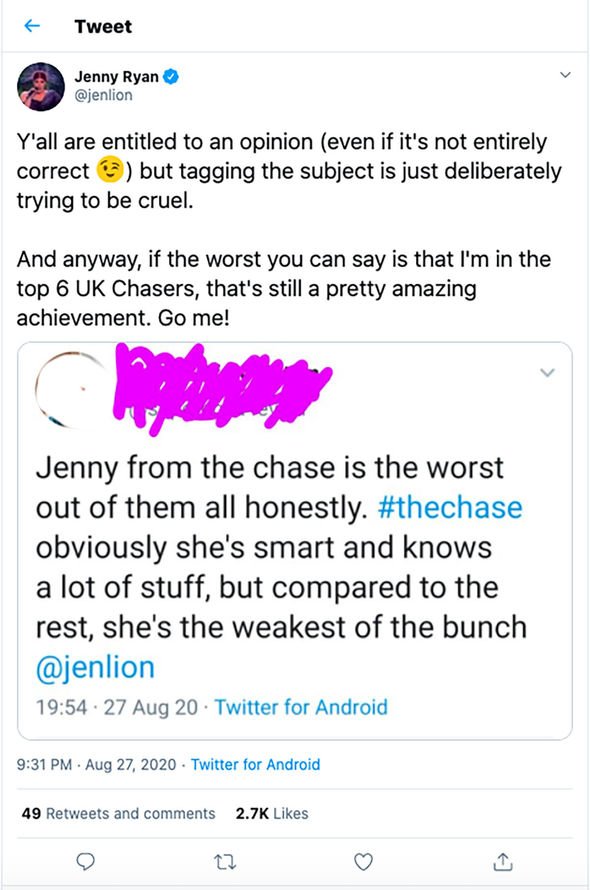 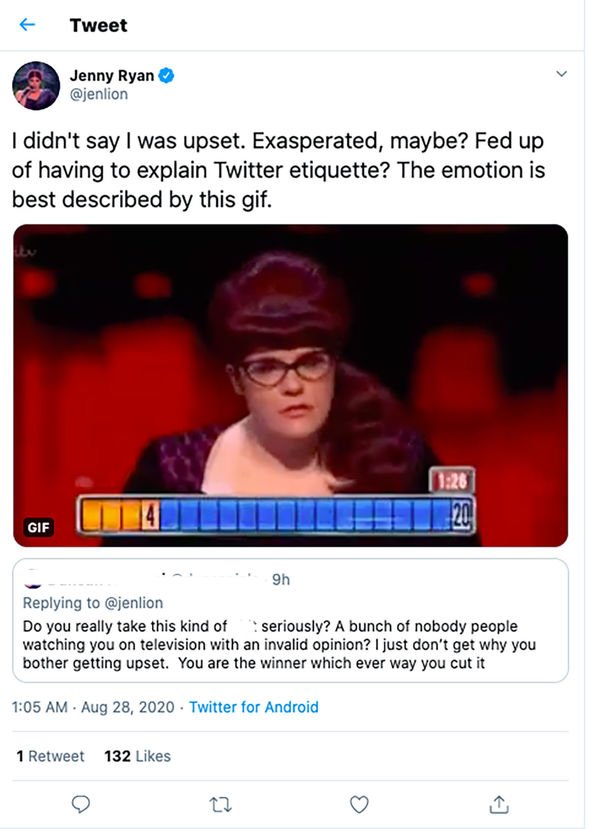 One concerned viewer then asked Jenny: “Do you really take this kind of s**t seriously? A bunch of nobody people watching you on television with an invalid opinion?”(sic)

They continued: “I just don’t get why you bother getting upset.

“You are the winner whichever way you cut it.”

The X Factor: Celebrity star went on to share their supportive responses onto her page.

“I didn’t say I was upset,” Jenny stressed.

“Exasperated, maybe? Fed up of having to explain Twitter etiquette. The emotion is best described by this gif,” which was followed by a gif of herself on the hit show rolling her eyes.

One amused follower replied: “That Gif was made for occasions just like this.

“I don’t get why you have to explain yourself to anyone Jenny or explain twitter etiquette to the masses every day ugh.”

Jenny first joined The Chase back in 2015 after writing the questions for the first episode of the hit quiz show back in 2009.

Meanwhile, the quizzer recently sparked frenzy after she unveiled her real name, which hadn’t been revealed before.

Alongside a snap of her dissertation, Jenny shared on Twitter: “Found my dissertation lads,” which featured her full name, Jenny Alexis Ryan, on the front cover of her work.

One fan penned: “What a gorgeous middle name!” while another commented: “’Alexis Ryan’ is easily one of the best spy names I’ve ever heard.”