The vice president’s step-daughter sported an all-red outfit, for her first ever Met Gala. 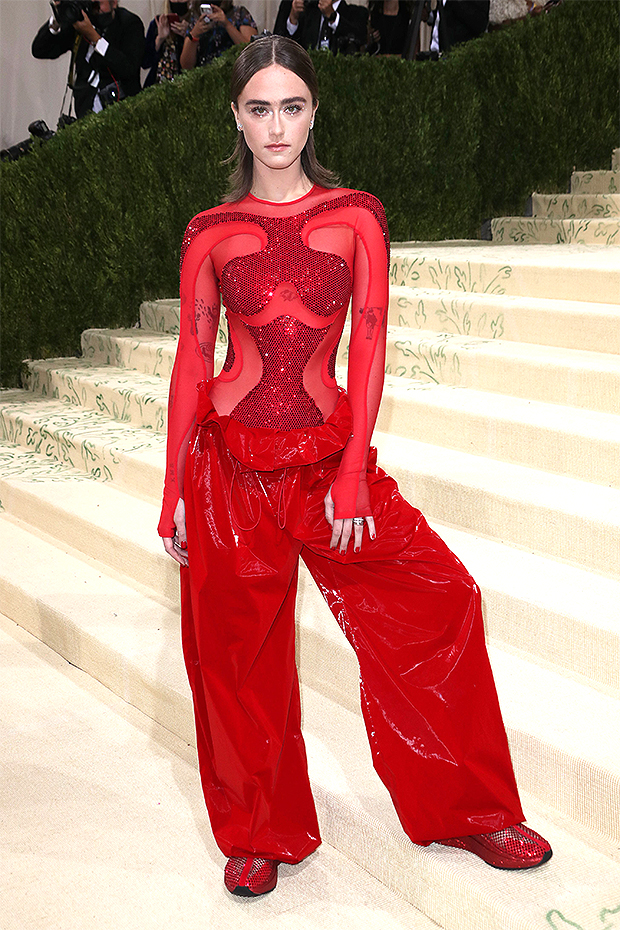 Ella’s makeup also looked absolutely fabulous, and her hair was parted down the middle and combed backwards. Her long hair was especially gorgeous, as she used to have very short hair. She announced that she was growing her out in an August interview with Vanity Fair. ““I am growing my hair out. Heard it here first. It had its moment, and I want to move on from the mullet. I’m ready for the big curly mane,” she said at the time. Although it was definitely not curly at the Met Gala!

Ella, who’s dad is the vice president’s husband Doug Emhoff, is no stranger to the fashion world! She studied textiles at the Parsons School of Design and is signed with IMG modeling. With someone as fashionable as she is, it’s not surprising to learn that she enjoys knitting her own clothing! She’s also shown off many of her own interesting outfits that she designed as part of her senior thesis on Instagram. 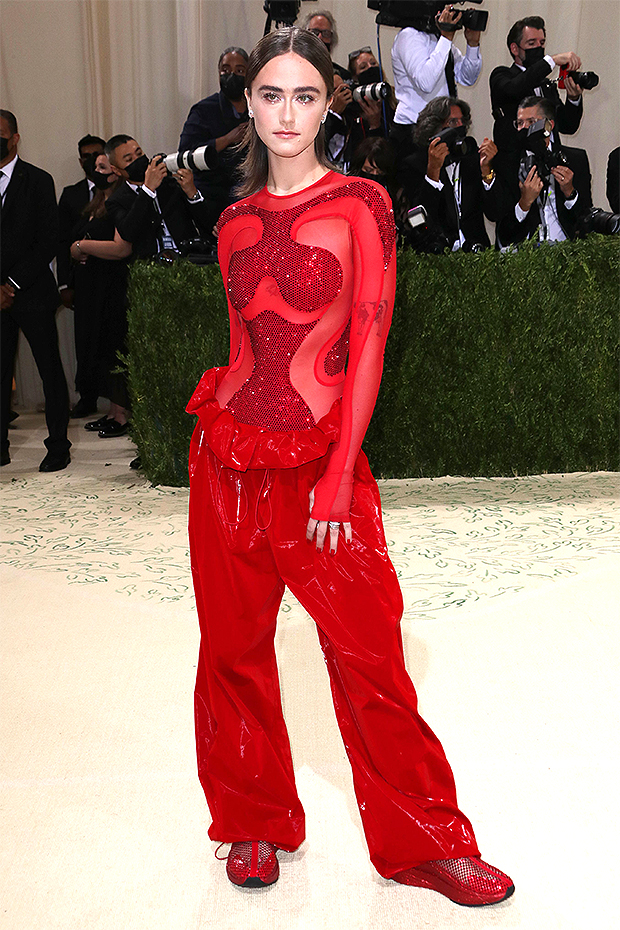 The vice president’s stepdaughter has fully embraced the fashion world both before and after she graduated from college in May! She made her New York Fashion Week debut back in February when she walked the runway for the first time in yellow tie-dye dress. She also rocked a black suit for a Balenciaga show at the Paris Haute Couture Fashion Week in July.  Earlier this week, she also donned a two-piece fabric suit from Thom Browne at a New York Fashion Week show on Saturday September 11.

Other than diving into the realm of fashion after graduation, Ella has also gotten serious with her boyfriend, GQ editor Sam Hine, 27. She was spotted holding hands with him, as the pair left the show on Saturday, and she confirmed their romance in an August interview with Vanity Fair.