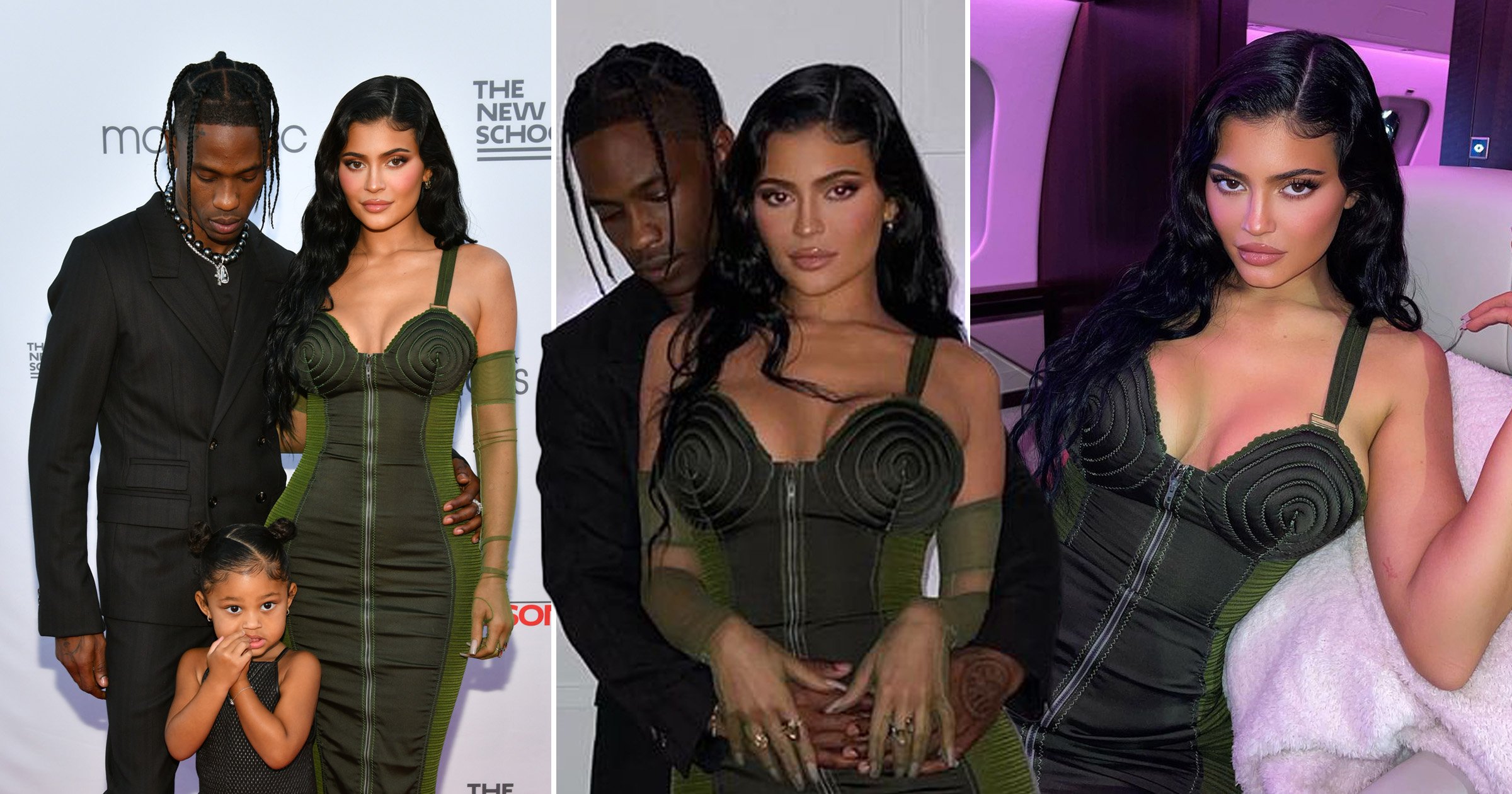 Kylie Jenner and Travis Scott put on a very cosy display indeed as they jetted off to New York for a whirlwind 24 hours – and it seems their romance is alive and kicking again.

The on/off couple flew over to New York City on Tuesday along with their three-year-old daughter Stormi for Travis’ special night, as he was honoured at the 72nd annual Parsons Benefit.

After flying in on Kylie’s private jet, the couple spent time at The Rooftop at Pier 17 doing an impromptu photo shoot.

Rocking a khaki green bodycon dress with big Hollywood curls, Kylie, 23, stunned next to a dapper Travis, 30, who was suited and booted. The Sickomode rapper wrapped his arms around the Kylie Cosmetics boss’ waist, as she affectionately placed her hands over his.

‘24 hours in NYC,’ she captioned the sweet photo.

Their PDA somewhat continued at the event as Kylie and Travis hugged while posing for photos on the red carpet. Kylie held little Stormi’s hand as the cameras flashed and, honestly, even she looked like a third wheel to her clearly smitten parents.

Once inside, Travis accepted his award and gave special shout outs to his leading ladies.

‘Stormi, I love you and wifey, I love you,’ Travis said, perhaps indicative of his and Kylie’s relationship status.

It was the first time Travis, Kylie and Stormi had appeared on the red carpet together since attending the premiere of the rapper’s Netflix documentary, Look Mom I Can Fly, in August 2019.

The pair had dated for three years when they split in October 2019, explaining that they were committed to remaining friends and amicable co-parents to Stormi.

In recent weeks, they’ve been pretty inseparable enjoying trips around the States and spending time together as a family.