7:05 AM PT — Law enforcement tells us the passenger was arrested, not the employee … despite the passenger’s claim he didn’t throw the first punch.

An airline passenger and a United Airlines employee were in an all-out brawl at Newark Liberty International Airport, and the worker ended up flat on his ass.

Witnesses say the 2 began arguing before pushing, slapping and ultimately punching each other.

The video starts mid-fight … the worker seems to push the passenger, who then slaps the employee in the face, and then all hell breaks loose.

The 2 square off and then the passenger throws punch after punch … and the blows clearly landed, because the employee eventually falls behind the counter and clearly has trouble getting up and steadying himself.

The craziest part … the employee is clearly dazed and bloodiest, but comes back for more, and that’s where the video ends. 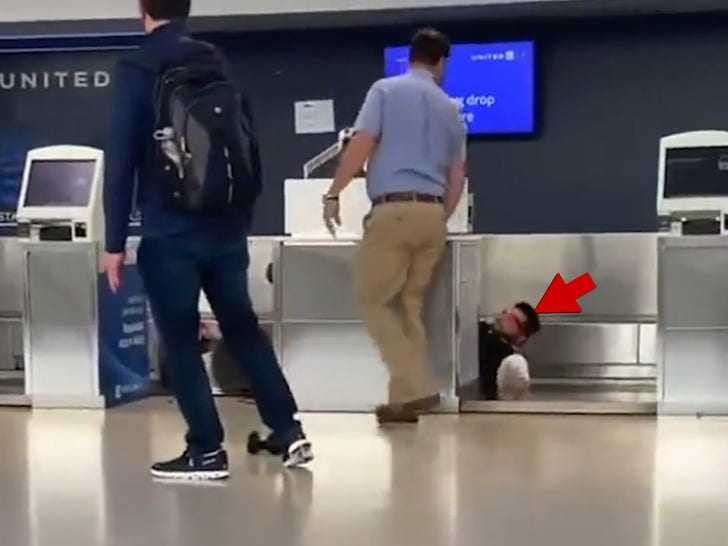 The passenger is Larren Wong, a singer songwriter, says in the video the employee started the fight, adding, “I finish s***, I don’t start s***.” He jumped on social media, saying “security had me bent glad someone caught this on film.” He then just got flip about the whole thing, saying, “While y’all here check out my latest EP ‘It’ll make sense soon’ before I beat y’all ass!!”

We reached out to Airport Police to find out if anyone was arrested … so far, no word back.