PATRICK MARMION: Brush up on the Birthday Bard… then you can impress thy friends on Zoom!

Forsooth, gentle reader, is this, or is this not the week of Shakespeare’s birth? According to parish records in Stratford-upon-Avon, the Bard was baptised on April 26, and at the time it was customary for this to happen three days after an infant’s birth.

Which would suggest he was born on the 23rd. But soft . . . those dates are recorded under the Julian Calendar (proposed by Julius Caesar). And under our Gregorian calendar (instituted by Pope Gregory XIII in 1582) it might well be . . . May 3.

‘I’faith, Sir!’ I hear you cry. ‘’Tis more confusing than the rhyming scheme of one of Shakespeare’s impenetrable sonnets!’

But in celebration of his 456th birthday this week — or maybe the one after next — let us undertake a little ‘True Or False’ quiz on England’s national poet . . .

1) Shakespeare’s Globe is the only modern building in London allowed to have a thatched roof. 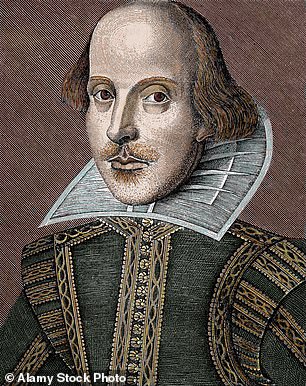 TRUE! Thanks to medieval building regulations, there has been a ban on thatched roofs in London since 1189. That was more vigorously enforced from 1212 — roughly 400 years before the original Globe. So how come Shakespeare’s playhouse had one? Well, it wasn’t because of Elizabethan jerry-builders, but perhaps because the Globe wasn’t actually in the City of London — it was south of the Thames, in Southwark.

2) Shakespeare is revered for his loquacity and he employed more different words than are found in the whole of the King James Bible, published five years before his death.

TRUE! The King James Bible uses approximately 12,000 different words, but Shakespeare used about 31,000 in his writing. But then again there was probably no need to denounce anyone as a ‘damned and luxurious mountain goat’ in The Bible.

3) Ben Elton’s TV sitcom Upstart Crow, the stage adaptation of which opened in the West End this year, starring David Mitchell, takes its title from an insult levelled at William Shakespeare by fellow playwright Robert Greene.

TRUE! Greene, a largely forgotten rival, said this in a pamphlet called Greene’s Groat’s Worth of Wit in 1592. He dismissed the Bard as ‘an upstart crow beautified with our feathers . . . ’ 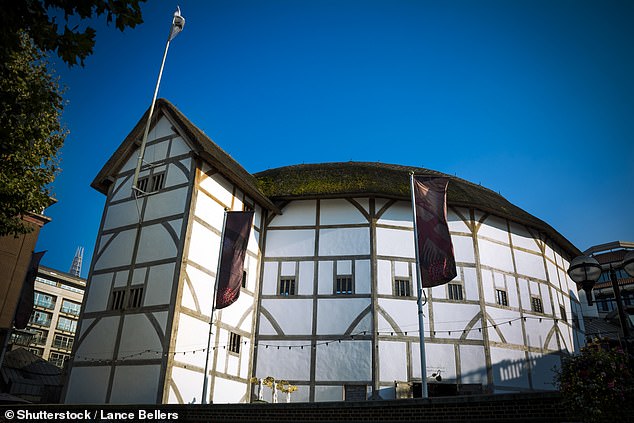 4) An unlucky 13 characters bump themselves off in Shakespeare’s plays but there’s no mention of suicide.

TRUE! The word suicide was not in Shakespeare’s (enormous) vocabulary. No wonder poor Hamlet is so long-winded, with all his talk of ‘self-slaughter’ and shuffling off this mortal coil.

5) Shakespeare’s plays can also be enjoyed by extra-terrestrials.

TRUE! Both Hamlet and Much Ado About Nothing have been translated into Klingon by Star Trek fans. Also Sonnet 18, which famously opens ‘gaDelmeH bov tuj pem vIlo choHQo?’ (which loosely translates as ‘Shall I compare thee to a summer’s day?’).

6) Shakespeare died a rich man on his birthday in 1614, but all he left to his wife, Anne Hathaway, was ‘my second best bed’. 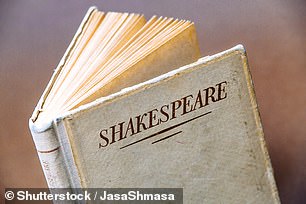 The Bard had nonsense words of his own, including the unspeakable honorificabilitudinitatibus, which was uttered by a rustic swain in Act Five of Love’s Labour’s Lost (file photo)

TRUE! Shakespeare’s eldest daughter inherited most of her father’s fortune. It makes Shakespeare sound like a churlish hedge-born varlet, and no mistake. But it may have been because Anne preferred that bed, and Susanna was expected to support her anyway.

7) Hamlet’s phrase ‘to the manor born’ refers to his being an entitled Elizabethan snowflake.

FALSE! The phrase is actually ‘to the manner born’ and refers to the fact that Hamlet was born into a hard-drinking culture at the Court in Denmark. But this being Shakespeare, a pun on the Prince’s noble birth cannot be ruled out.

FALSE! Mary Poppins’s mantra was actually invented by Helen Herman and published in Syracuse University’s Daily Orange in 1931 under a variant spelling. But the Bard had nonsense words of his own, including the unspeakable honorificabilitudinitatibus, which was uttered by a rustic swain in Act Five of Love’s Labour’s Lost.

Twelfth Night, But Not As We Know It

A brace of Twelfth Nights, available from the RSC and National Theatre to view at home, are like a pair of windows on different times.

Verdict: The Bard served straight up, or with a twist

The RSC’s version, starring Kara Tointon and Adrian Edmondson, is visually sumptuous: a warmly nostalgic high-Victorian dream, with Simon Higlett’s set built around an oak-panelled hall. Tointon looks like a porcelain doll and sounds like Celia Johnson in Brief Encounter as the grieving Olivia, while Edmondson lends righteous pathos to her pompous butler Malvolio. 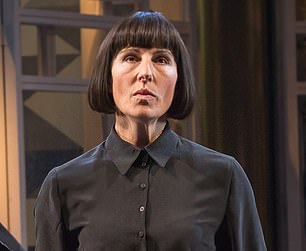 Tamsin Greig (above) as a female version of the character, ‘Malvolia’

Simon Godwin’s slick South Bank production, meanwhile, has Tamsin Greig as a female version of the character, ‘Malvolia’. As a sternly repressed lesbian, Greig reminded me of Leonard Nimoy crossed with Morticia Addams. And while messing with the sexual orientations may be cool, it also confuses.