So, last week a buncha pictures of Kylie Jenner in quarantine emerged in which she was (a) super dressed down in sweats, and (b) entirely makeup-free. Kylie looked great per usual, but the internet kinda had a field day comparing her IRL pics to the photos she posts on Instagram.

Flash-forward a couple days and a new set of Kylie paparazzi pics have appeared online, only in these ones she looks completely flawless and camera-ready. Basically, what we have here is an Instagram picture come to life: 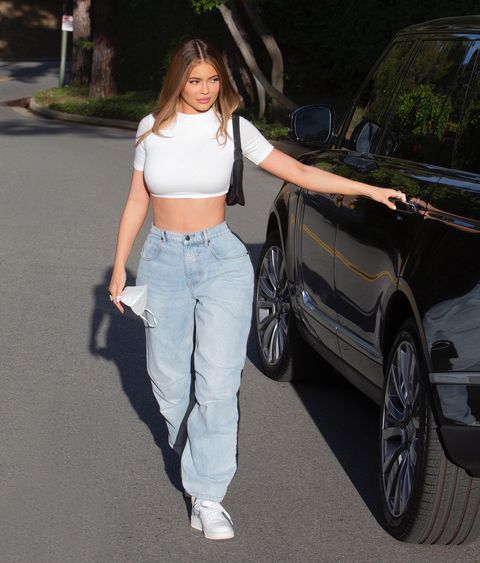 And now the internet is convinced that Kylie staged a photoshoot with paparazzi outside her house due to being unhappy about the previous images taken of her.

ofc Kylie Jenner staged her candid photos this time because y’all bullied her into it after the pictures of her without makeup went viral. just because she’s a celebrity doesn’t mean she’s always “picture ready” 25/8. she still has feelings

did kylie jenner. just stage. paparazzi pictures. outside her house. during a fucking global pandemic???

On top of that, people are calling out Kylie for posting a fleet of makeup-free pics on Instagram:

Kylie posting a cute selfie without makeup because she got dragged by the internet from the caught off guard paparazzi picture is honestly me.

I mean…chances are Kylie just wanted to post a cute pic to promote her skincare line? And honestly she looks good in basically every picture taken of her—including those original pap pics—so moving on, world!