Just like the rest of us, This Morning presenter Phillip Schofield, 58, hasn’t been able to visit a hairdresser due to the coronavirus pandemic lockdown. Yesterday, he gave fans a glimpse of his overgrown hair, which he joked scared his mum.

Skype’d my mum, my hair made her jump

The father-of-two shared a selfie of his hair sticking up as he pulled a funny look to the camera.

He captioned the post: “Skype’d my mum, my hair made her jump.”

Earlier this month, the host filmed himself attempting to cut his own hair from his bathroom.

In view of his 3.1 million Instagram followers, he said he had been “worrying” about having to do it himself as he hesitantly held on to his home clippers. 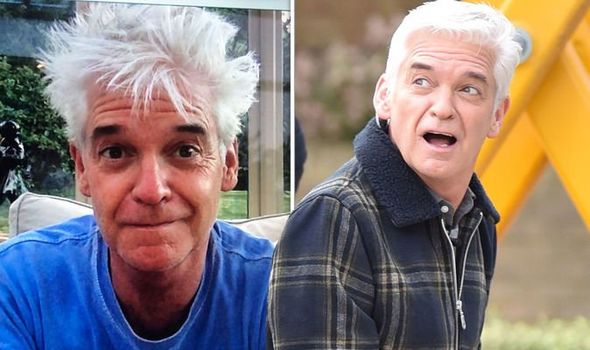 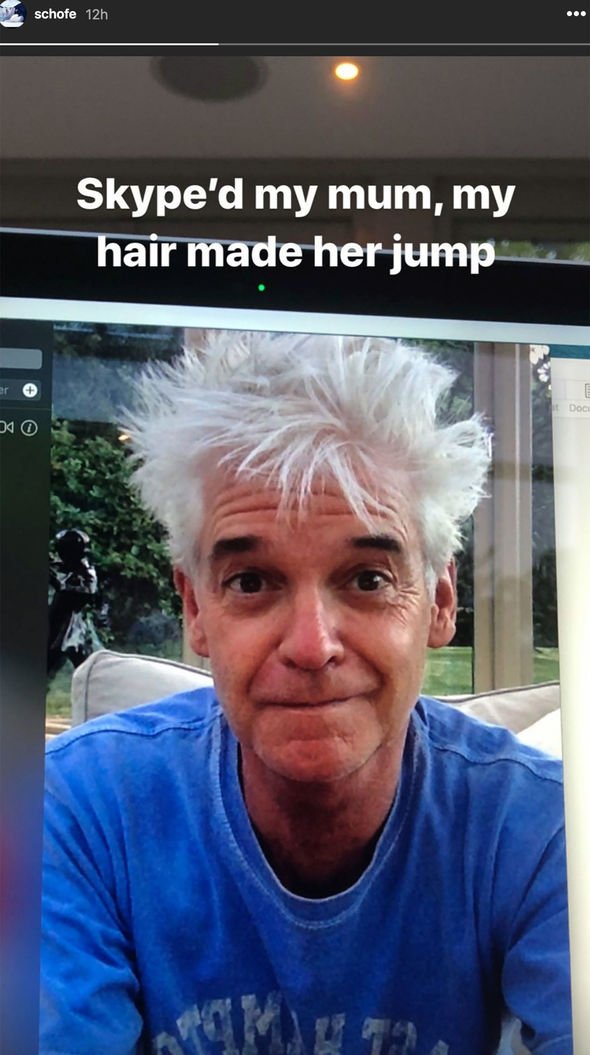 While examining his hair, he told fans: “You see, the thing is, this was bound to happen at some stage and I was going to have to do something about this.

“And it’s been worrying me for some time, however…”

Phillip then paused as he began to cut strands close to his ear.

“Oh my good gracious,” he exclaimed, as some of his hair began to fall on the floor.

He added: “I am going to make such a pig’s ear of this! 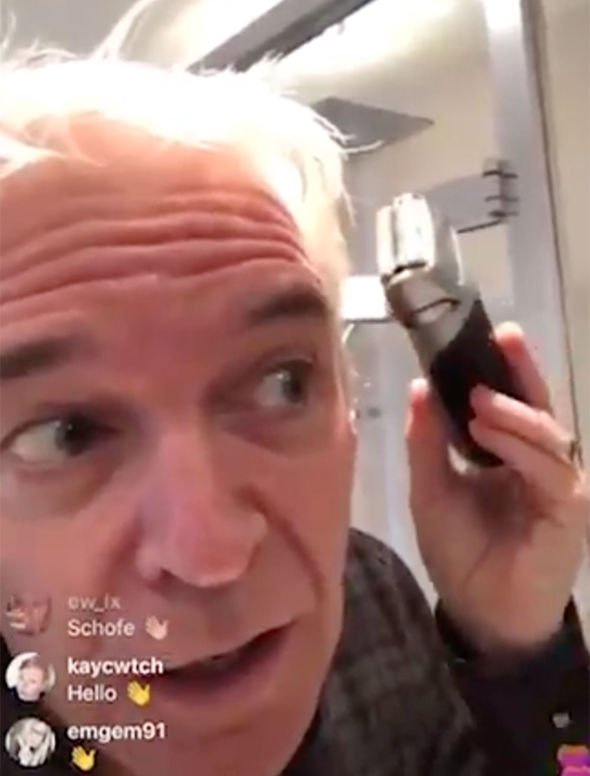 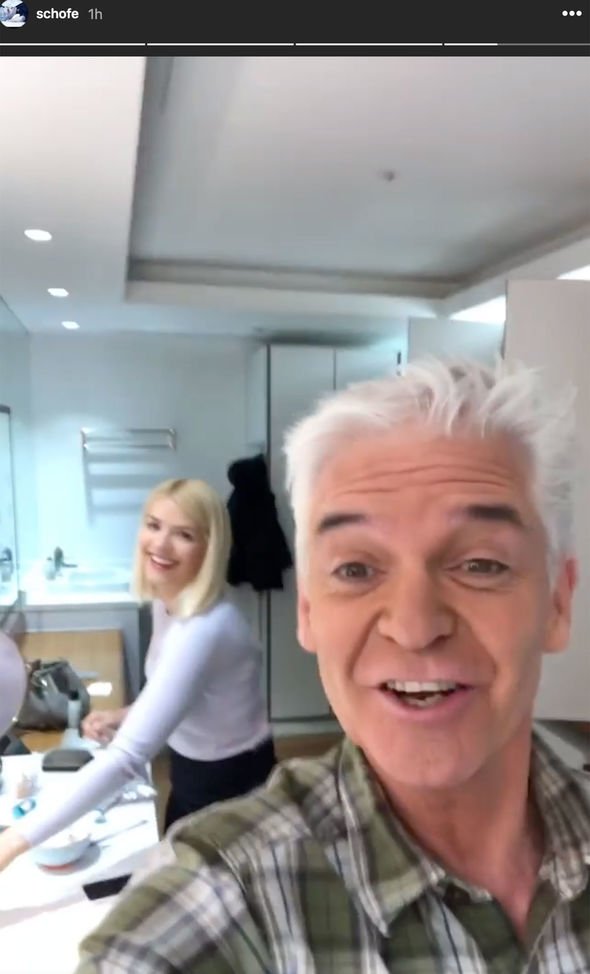 “It’s only a brief live because I need both hands and I need to concentrate, but I just thought I’d let you know what was happening in my afternoon.

“Because I’m beginning to look a little dishevelled.”

Elsewhere, Phillip has been continuing his presenting duties on the show with his co-star Holly Willoughby amid the pandemic.

Last month, he joked the pair “shouldn’t be let loose” as they attempted to get themselves ready with no make-up team.

Phillip began to detail his co-star’s wardrobe malfunction, which was pointed out by her stylist.

“If there’s one thing that goes to prove that presenters should not be allowed to dress themselves,” he began as he turned the camera onto Holly.

Laughing, he added: “Go on then,” prompting his co-star to explain her malfunction.

She told fans: “So, obviously, I’m dressed and I’m ready to go, I was on GMB and then my stylist text saying, ‘Morning, hope you’re okay, loving the show.

“‘One thing… the buttons on your right arm are covered in a coating, I think it might be tissue paper’.”

She then put her sleeves up to the camera to show fans the buttons on each of her sleeves were different.

On one side, the buttons were covered in white coating, while the others were shiny gold.

“There’s the shiny ones,” she pointed out to fans as Phillip laughed in the background.

“I’ve just been on the tele like that,” she continued.

Phillip added: “We seriously shouldn’t be let loose on our own.”

This Morning continues today at 10am on ITV.