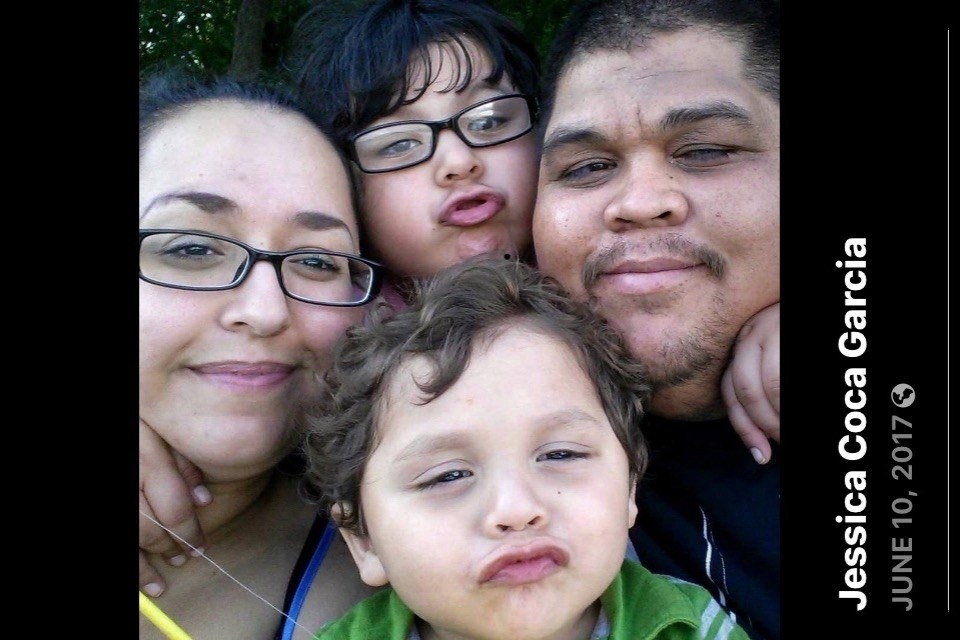 Guillermo Garcia with his wife, Jessica Coca Garcia, and their children Karina and Memo.

After almost nine months in an intensive care unit and over a dozen surgeries, Guillermo Garcia died Saturday, becoming the 23rd victim of the August 2019 mass shooting at a Walmart in El Paso, Texas.

“My husband, Memo, known to his friends as Tank, was the most selfless person I could have ever imagined,” Jessica Coca Garcia said in a statement provided to BuzzFeed News. “These past 8 and a half months were harsh to say the least, and yet he still blessed us with jokes, smiles, songs, and laughter. He held on as long as he could to bless us just a little more and he did it out of pure love.”

On the morning of August 3, the Garcia family were in the Walmart parking lot, selling snacks to raise money for a youth soccer team that Guillermo coached and which their daughter Karina played on.

Around 11 a.m. that morning, suspected gunman Patrick Crusius allegedly opened fire with an AK-47 rifle, minutes after he posted a 2,300-word “manifesto” to 8chan claiming his rampage was in response to the “Hispanic invasion” of Texas.

The suspect had driven 600 miles from the suburbs of Dallas to that Walmart parking lot to target “Mexicans,” he later told police. The majority of the victims, including the Garcias, were American citizens.

According to a statement put out by the Del Sol Medical Center, Guillermo Garcia was the last victim still hospitalized from the shooting.

Guillermo was shot twice in the leg and once in the back as he tried to shield his wife and children from the gunman’s bullets. Jessica was shot three times in both legs. The couple’s then 5-year-old son and 11-year-old daughter were unscathed.

In all, nearly four dozen people were shot, including three other parents of players on the youth soccer team. 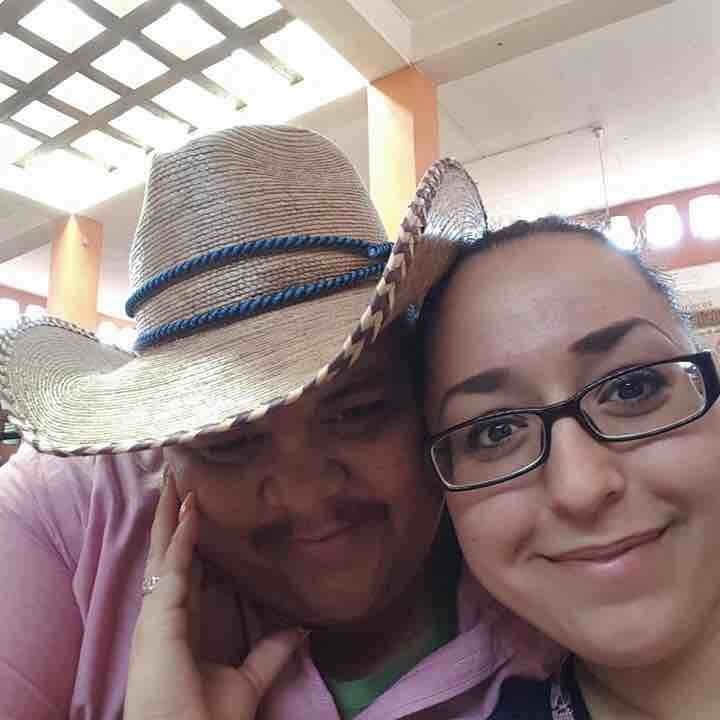 Jessica Coca Garcia’s first stop after she was released from the same hospital was a rally to support the victims’ families and denounce the attack. She stood up from her wheelchair and hobbled to the podium.

“I’m here to give thanks because if it wasn’t for everybody, me and my husband would be another number up there,” she said.

“I love El Paso, it’s the people here, it doesn’t matter what color we are, it doesn’t matter what language we speak, we are all equal. Racism is something I always wanted to think didn’t exist, obviously it does,” she said. “But I am here to tell everybody he may have paralyzed us for a little bit but like me with my wounds, we’re going to get up and we’re going to fight back.”

In February, Crusius was indicted on 90 federal charges, including nearly four dozen hate crime counts, according to court records.

Crusius was not charged with terrorism, despite pledges by federal authorities at the time to treat the incident as a case of “domestic terrorism.” 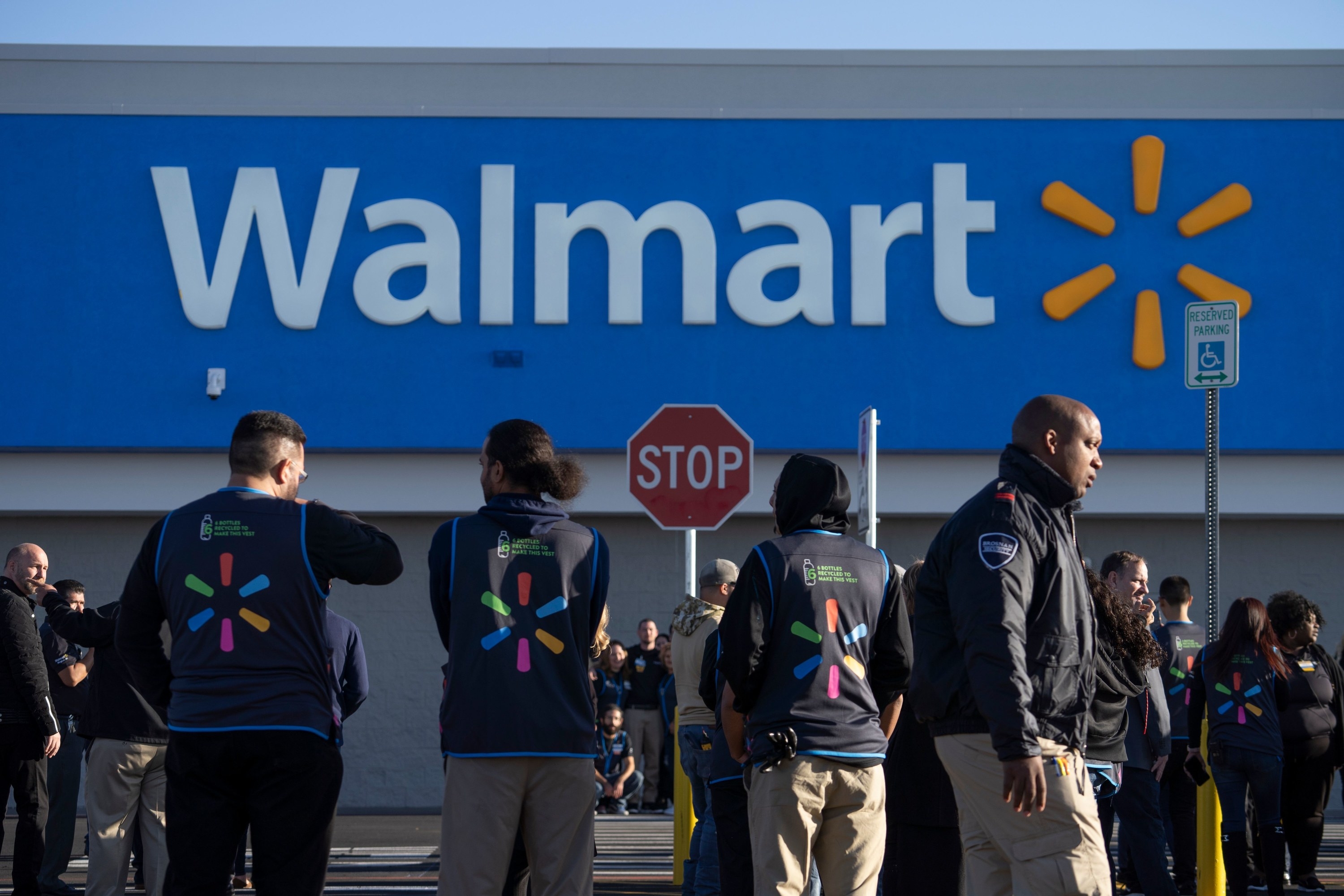 Over the last eight months, Jessica’s dad, Don Coca, has been updating family and friends about Guillermo’s condition on a Go Fund Me page. In October, Coca wrote about what transpired on that August morning, recalling how Guillermo stepped in front of his daughter to take the brunt of the bullets and save her life.

“You all need to know Tank is my hero,” he added. “The one thing I told him when he asked for her hand in marriage was to always protect my daughter—DONE”

Jessica said she is going to remember her husband as a 6-foot-3-inch gentle giant with a contagious smile and “a heart of gold.”

“He blessed me with 16 years of memories and two precious gifts, Karina and Memo, which will always keep him alive,” Jessica said. “During these years together we had many ups and downs but we always came out stronger and I believe that these struggles prepared us for these last few months.”

Jessica is planning to have a memorial for her husband after social distancing rules are relaxed. We’re in pain right now, she added, but we’re “TANK-TOUGH.”