AMIR KHAN has reiterated his desire to face Manny Pacquiao in a blockbuster bout as he looks to secure another world title fight.

The 33-year-old hasn't fought since stopping Billy Dib last July in Saudi Arabia, and the Bolton-based boxer has revealed he would love to return to the Middle East to showcase his talents. 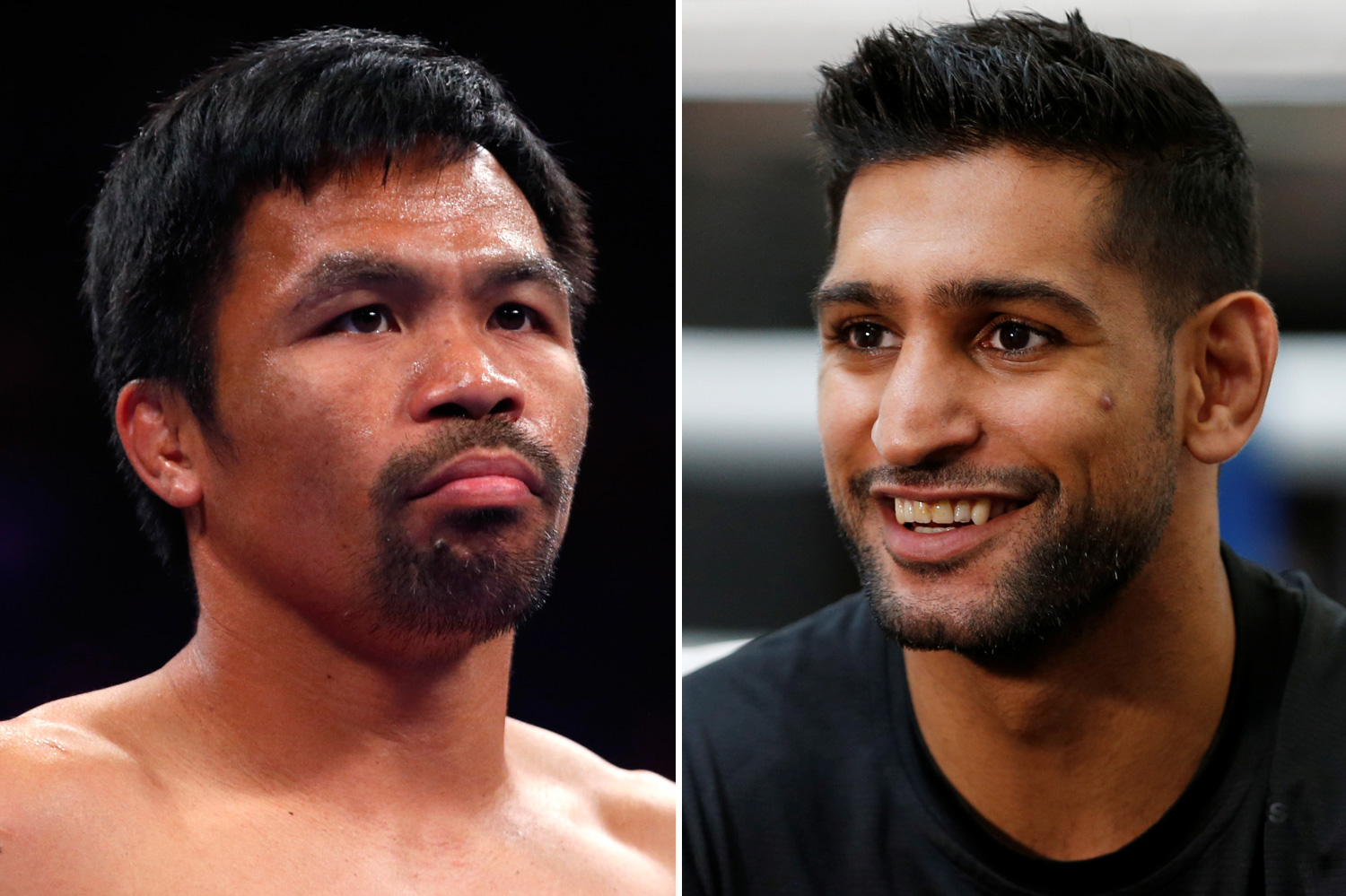 A mega-bout against the eight-weight world champion has constantly eluded Khan, who stated in November that the "time is right" to face the Filipino legend.

Appearing on beIN SPORTS’s ‘Allo beIN’ show, the former IBF and WBA light-welterweight stated that Pacquiao remains his No1 target.

Asked who he believes his next opponent could be, he said: "I want to fight against Manny Pacquiao, he’s the champion.

"I want to reach the level that I can fight against anyone without fearing anything."

When pressed on where the potential fight could take place, Khan said: "Why don’t Qatar host the event, as it’s already prepared for the 2022 World Cup?

“I love Qatar and I loved my last stay there."

Speaking earlier this month, Khan claimed he is in two minds about hanging up his gloves as he is worried that one more fight could ruin his legacy in the sport.

He said: "Am I going to fight again? I don’t know, I’m in two minds. Should I fight? Financially, I’ve done very well for myself. Do I need to do one more fight which could ruin my whole legacy?

“I don’t know the answer. I’m up against myself. I’m debating with myself should I carry on or call it a day?I’m just going to wait and see how I feel after a full training camp.

"Even if I feel I cannot do it anymore, I can walk away knowing I have done everything. My love for boxing is still there and I love boxing to bits.

"But until I see how I feel after a long, hard, gruelling camp, then I won’t know for sure.”

But speaking to beIN, Khan has stressed that he isn't thinking of retirement just yet.

He insisted: "I like to box… I’d love to continue boxing, and whenever I see my trophies and my achievements, it boosts me even more.

“I’m still in contact with most of the people who are related to this amazing sport, and of course with Nasser Al-Khelaifi [Chairman of beIN MEDIA GROUP] from time to time, and I believe everything will be amazing."