A love for all things magical, spooky and cute informed the thousands of tattoos Mr. Audy inked in a 15-year career in Burlington. He died of Covid-19. 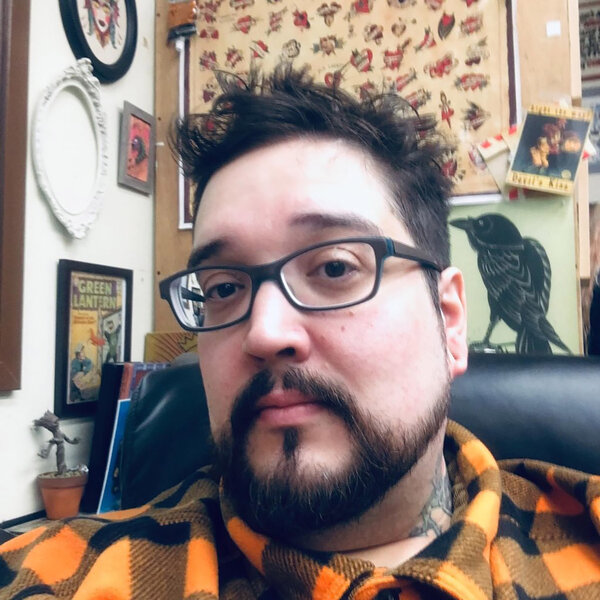 If you requested a snake image from the Vermont tattoo artist Anthony Audy, he’d make it cute. Ask for a spider, it would come out whimsical. A demonic goat? It would be adorable enough for your baby’s crib.

During his 15 years at Yankee Tattoo in Burlington, Mr. Audy imbued his work with a fantastical, cartoonish style that was instantly recognizable to friends and other artists. His personal style was equally distinctive: he wore thick, black-framed glasses and a rotating collection of fedoras and often a bow tie with his flannel shirt. He sometimes coifed his mustache ends to a flare.

“There was a childlike glee to him,” said Jim DuVal, who worked with Mr. Audy and recently started his own tattoo studio. “There are people in the world who are just made of sunshine and pixie dust and magic, and Anthony was clearly one of those people.”

Anthony Leo Audy was born on Sept. 6, 1976, in Morrisville, Vt., the only child of Leo Audy and Areli Rivers. He is survived by his mother and his stepfather, Keith Rivers, as well as two half sisters, Ashley and Cassie Rivers, and his longtime partner, Curtis Marceau.

Mr. Audy was a regular at the annual drag ball in Burlington and donated his time giving tattoos to raise funds for L.G.B.T.Q. causes. He set aside his December tips to pay for gifts for homeless children, and he adopted a succession of rescue dogs. 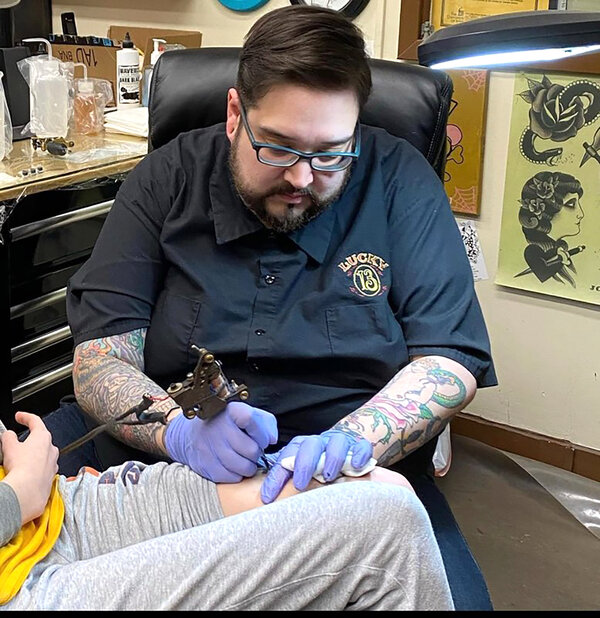 As a boy, Mr. Audy constantly filled sketch pads with drawings. In middle school, he won a statewide poster-drawing contest; the prize was a delivery of Ben & Jerry’s ice cream to the entire school. After graduating from Mount Mansfield Union High School in 1994, he worked at several bookstores in Burlington.

He took a job in 2002 at the front desk of Yankee Tattoo, where a few years earlier he had gotten his first tattoo, of a skeleton crawling down his leg, inked by Mr. DuVal. The two became close friends through a shared love of comics, kitsch, movies and monsters.

Mr. Audy earned his tattoo license in 2006. At the time, he was also studying fine arts at Burlington College, and he earned credits for his tattoo studies and training, according to Bald Bill Henshaw, the owner of Yankee Tattoo. “He was fast becoming one of Burlington’s best,” Mr. Henshaw said of Mr. Audy’s reputation.

Prayer flags, or small banners, screen-printed with one of Mr. Audy’s moth tattoo designs were given out at his funeral along with green light bulbs — a nod to his favorite superhero, Green Lantern.