MEXICO fans have been condemned for homophobic chanting that led to Sunday's Nations League clash with the United States being stopped for several minutes.

The final in Denver was marred by several incidents of fan unrest, which included missiles thrown at players, the game being paused, and a pitch invader. 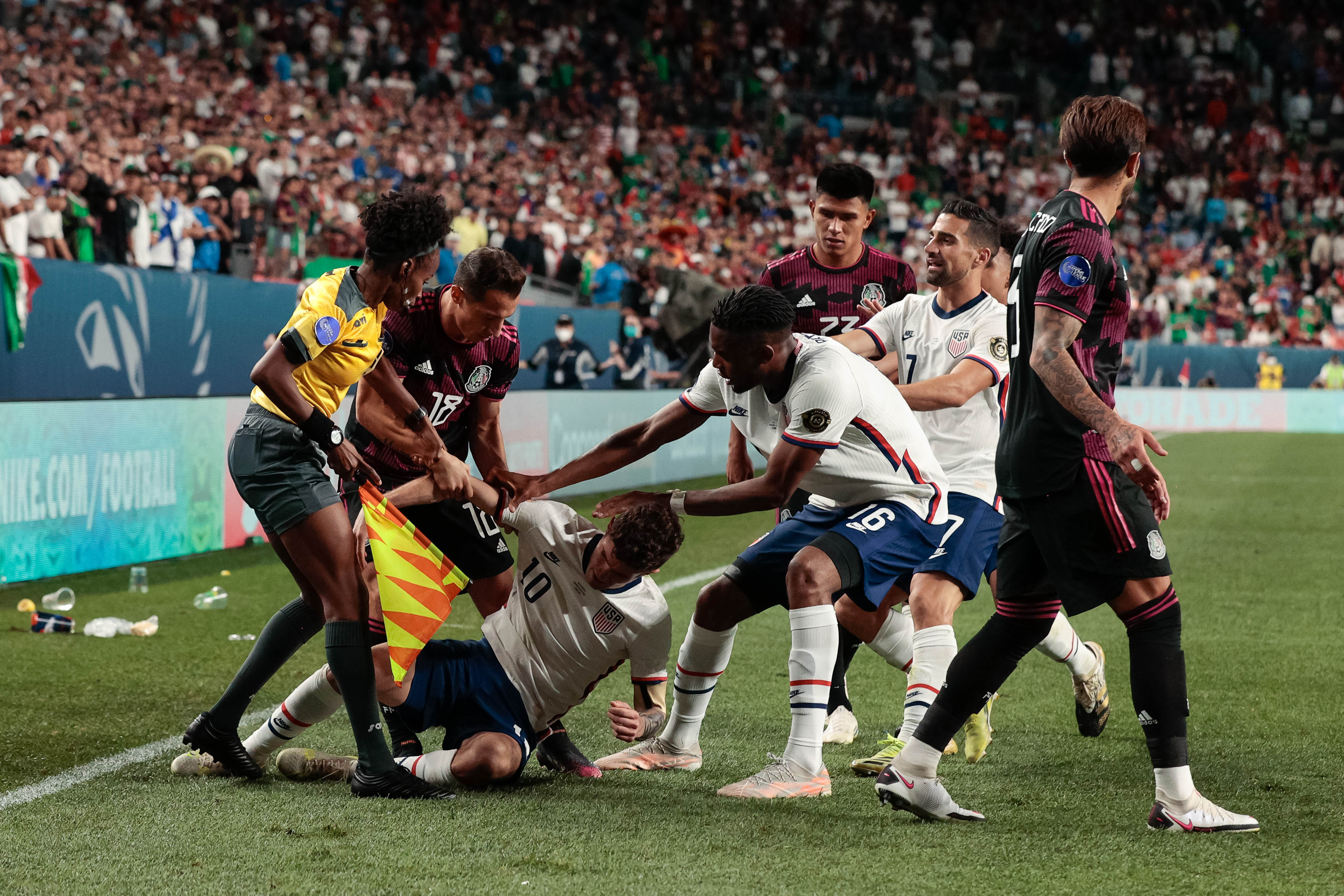 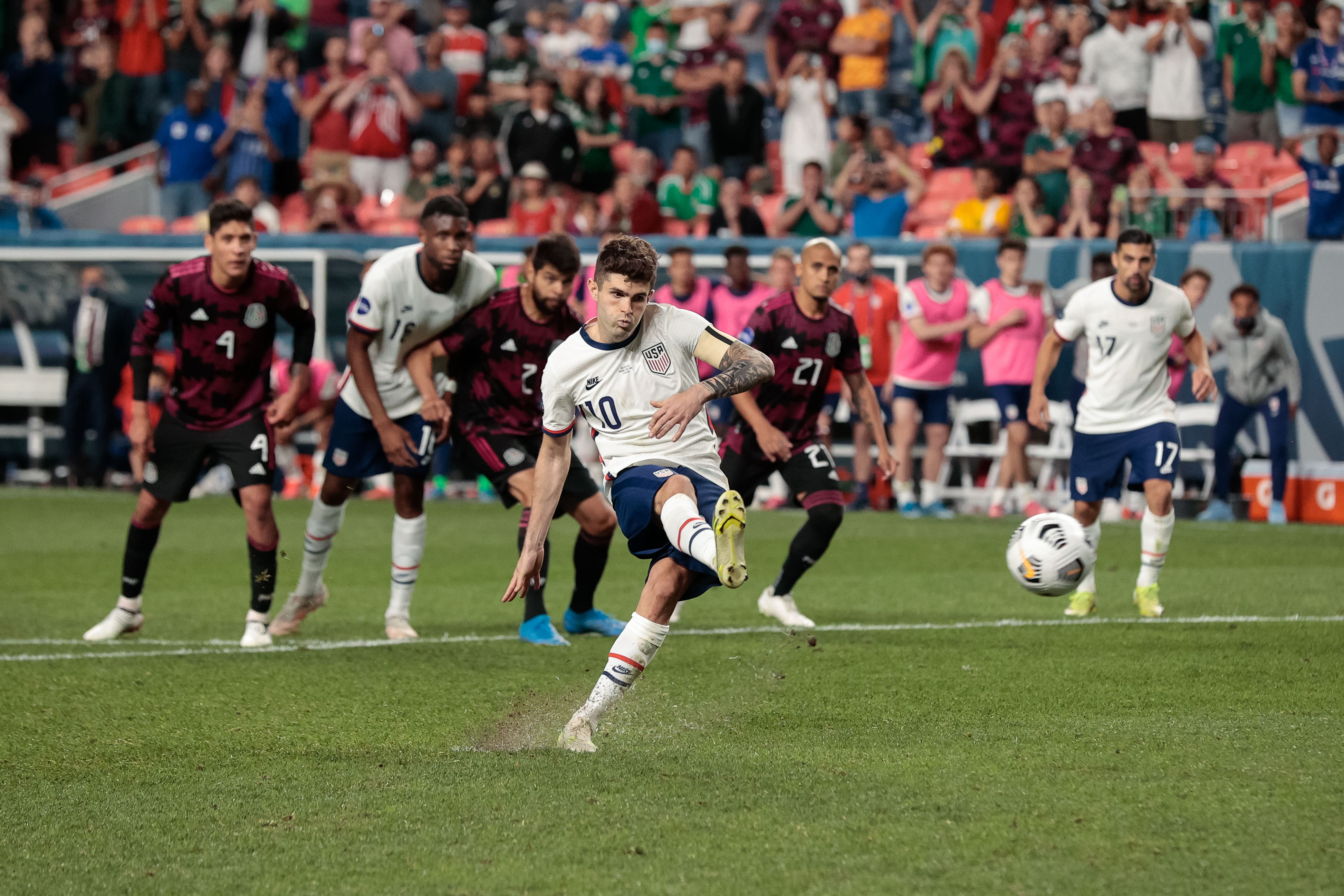 Referee John Pitti was forced to halt proceedings in the final moments of the second-half with the game tied at 2-2 and heading to extra-time.

Mexico fans were initially warned over the public address system to halt a chant that has landed the national team in hot water in recent years.

The shout of 'puto' at opposing goalkeepers as they take a goal kick is a homophobic slur and was audible in Sunday's game.

It previously earned the Mexican Football Federation a £7,615 fine when heard at the 2018 World Cup and the team's Nations League semi-final victory over Costa Rica last week also had to be briefly paused.

Following the stoppage, the game went to extra-time and Chelsea winger Christian Pulisic struck a 114th-minute winner for the US.

The American rushed over to a section of Mexico supporters with his finger raised to his lips in celebration, prompting a number of objects to be thrown onto the pitch. 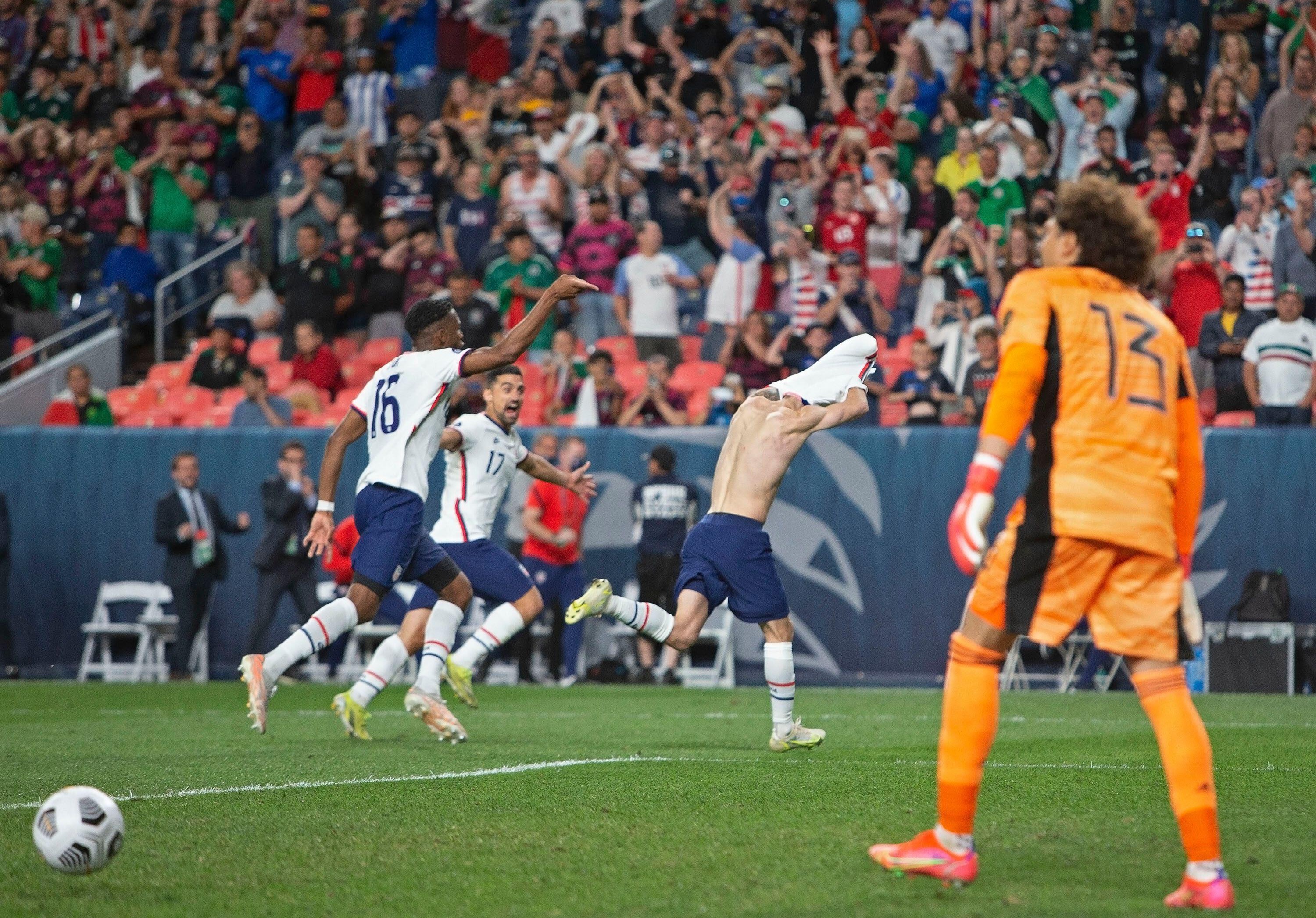 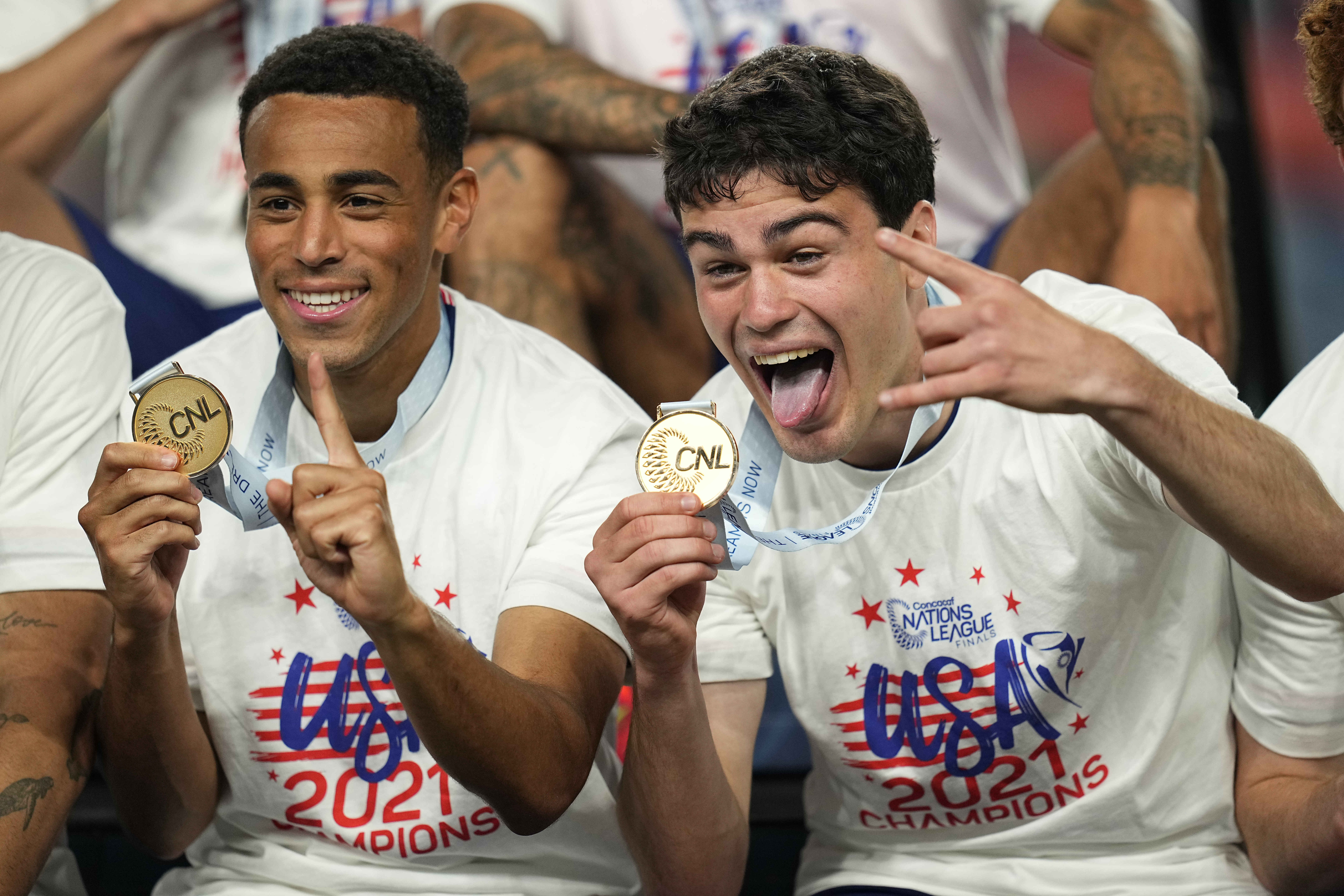 US players Gio Reyna and Timothy Weah were among those hit, leading to Borussia Dortmund star Reyna requiring treatment.

Mexico's Henry Martin was also struck as his team-mate's appealed for calm from their supporters.

USMNT manager Gregg Berhalter said: "Total lack of respect for what's happening on the field and all effort that both teams are putting into the game.

"I think [Reyna]'s going to be OK, but he did take something to the head, and it could have been a lot worse.''