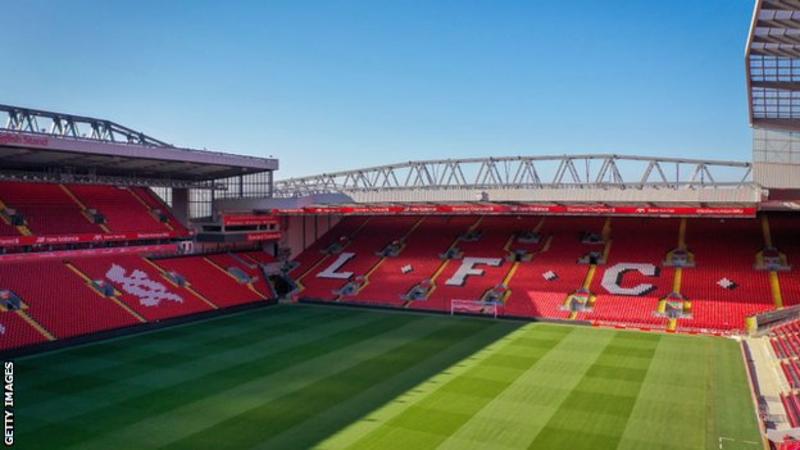 The 2019-20 Premier League season could be cancelled if clubs do not agree to play in neutral venues, says League Managers Association chief executive Richard Bevan.

A vote is due to take place on Monday on proposals for a return to football.

The Premier League has been suspended since 13 March because of the coronavirus pandemic.

Bevan says “time isn’t on our side and training needs to be in place very soon” for a return by 12 June.

All 20 clubs are committed to playing the 92 remaining fixtures of the 2019-20 season if and when it is safe to do so.

However, Brighton have said they are “not in favour” of using neutral venues because it may affect the “integrity” of the league.

The neutral stadium proposal needs 14 out of the 20 clubs to vote in favour for it to be adopted.

Prime Minister Boris Johnson is expected to update the UK’s position on lockdown and the plan for easing measures on Sunday.

Asked if a vote against neutral venues would lead to the season’s cancellation, Bevan told BBC Radio 4’s Today programme: “Yes, I think that probably is correct.”

He added: “The government, if they haven’t already, will be making it clear that home matches with densely populated stadia, really puts into question whether social distancing rules can be adhered to.”

What are the plans for a return?

The Premier League’s plans – dubbed Project Restart – involve a return to action in June in order to complete the season at the end of July to fit in with Uefa’s European competition plans.

This would require full training to begin by 18 May.

The league would also need up to 40,000 tests for players and staff if plans to play the outstanding games behind closed doors are pursued.

On Friday, after their most recent meeting by video conference, Premier League clubs reiterated a commitment to resuming the season “when safe and appropriate to do so”.