Sometimes, we don’t need to be told what’s going on out there. Just occasionally, a story unfolds in front of our very own eyes. Last Saturday, after a long time away, I took a walk along London’s Bond Street and it was very strange indeed. In the swanky stores close to Piccadilly – Celine, Gucci – the assistants stood at their doors, gazing out hopefully at the empty pavements; as I passed, I half expected them to hawk their wares, as if in some market or exotic bazaar. Meanwhile, in Fenwick, the “department store of note for shoppers of exceptional taste since 1882”, I was one of three customers. Yes, everything was on sale – up to 70% off – but there was no joy to be had in this. Even as I told myself that to spend must be a good thing (the economy, stupid), I had the sense that, if I did, I would only be benefiting from someone else’s misery.

Fashion, it seems to me, is over, at least in the sense we’ve come to know it recently. No more flamboyant, wasteful shows. No more unnecessary collections. No more department stores in which “exclusive” versions of items from said collections – behold, an ugly zip you’ll find absolutely nowhere else! – may be sold.

Clothes, unlike vegetables, don’t rot. There’s talk that some designers, desperate to shift unseen and unsold stuff from 2020, will mothball it until 2021, a move that will kill off the notion of fashion altogether, by making it plain what a silly idea it is that a sweater or skirt is either “in” or “out” and nothing in between. I’m not, yet, fully certain how to feel about this. It will be – it already is – painful for the industry. But perhaps it will be good for those of us who crave lovely but long-lasting clothes at fair (though not cheap) prices.

Jammy days for the PM’s chums 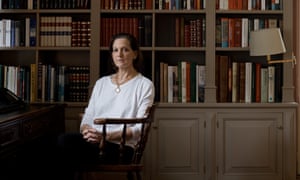 If my holiday reading this year has been, um, eclectic, it has also been enlightening. Stunned from afar by Gavin Williamson’s continued existence in his job, I came to understand, thanks to Anne Applebaum’s brilliant book, Twilight of Democracy, not only that his sole qualification is loyalty (I think I had grasped this already), but also where this kind of thing can ultimately lead a nation. In her quietly chilling account of Poland’s chumocracy/one-party state, Applebaum describes the appointment of Janina Goss, a friend of Jarosław Kaczyński, the country’s former prime minister and current leader of its ruling Law and Justice party, to the board of directors of Polska Grupa Energetyczna. The latter is Poland’s biggest power company, an employer of 40,000 people. Goss is “an avid maker of jam”.

Glory be to Gloria, part two 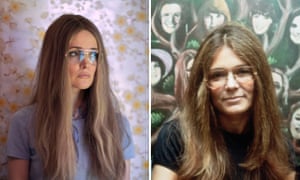 Following FX’s Mrs America, in which Rose Byrne impersonated Gloria Steinem with such shaggy-haired aplomb, Amazon Prime will now screen Julie Taymor’s biopic The Glorias, starring Julianne Moore. Though it’s unfair that it’s Steinem who’s getting so much of the attention – is it the aviators what won it? Other second-wave feminists are available, but it’s good to see a crusader have her moment. I interviewed Steinem in New York in 2011, an inspiriting encounter that ended with her giving me a copy of Fighting Words: A Toolkit for Combating the Religious Right, by her former colleague at Ms, Robin Morgan. If such a gift was sweetly OTT at the time – Obama had been president for two years – in 2020 it appears almost comically pacific. I still treasure it for Steinem’s scribbled dedication to me, but the words inside read, now, like feathers rather than arrows.

• Rachel Cooke is an Observer columnist