TOP jockey Davy Russell paid a touching tribute to dual Cheltenham Festival winner Presenting Percy, who has died at the age of 10.

The Gordon Elliott-trained chaser was put to sleep on Thursday afternoon after suffering from a blood infection. 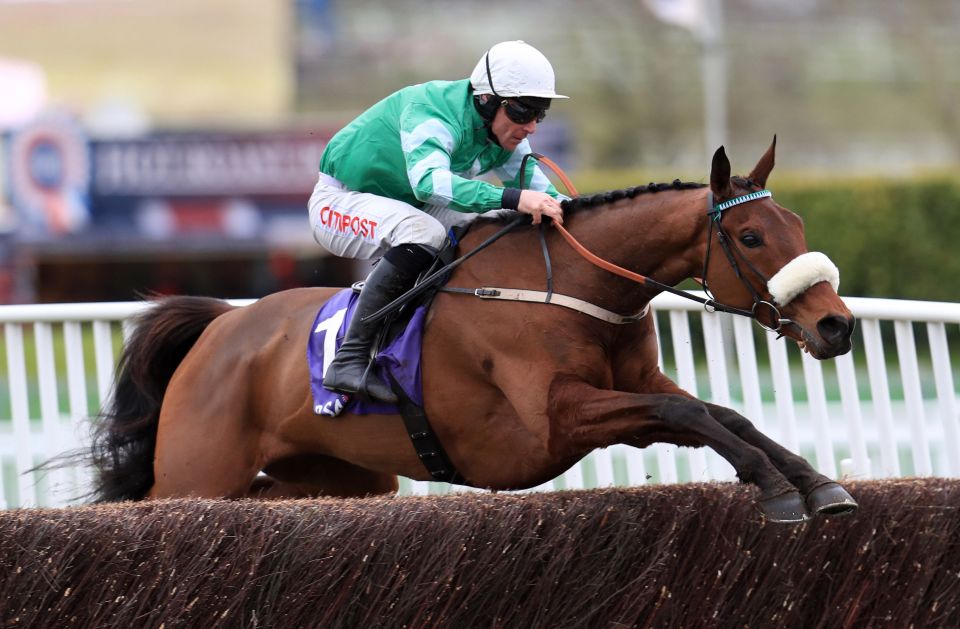 Russell was on board for both of his victories at the Festival, in the 2017 Pertemps and the RSA Chase the following year.

He was sent off favourite for the Cheltenham Gold Cup in 2019, but was unable to land a blow and struggled to regain his best form afterwards.

Russell tweeted a picture of himself and Presenting Percy with the caption: "Oh I loved him dearly."

Racing fans were also saddened by the news, and offered their condolences on social media.

One said: "Rest in peace Presenting Percy, one of my favourite ever horses."

Another tweeted: "So sad for your loss Davy. Presenting Percy was a great horse, RIP."

While another added: "Absolutely gutted, my thoughts are with all those connected to him."

He was trained for most of his career by Pat Kelly before owner Philip Reynolds moved him to Elliott in 2020 in an attempt to help him rediscover his best form.

Reynolds revealed he picked up a leg infection three months ago and had been undergoing treatment for much of that time, but he could not be saved.

Reynolds said: “It’s with great sadness I have to confirm that we lost a three-month battle against infection and have had no option but to put Presenting Percy to sleep this afternoon.

“I want to thank Ger Kelly and his staff at Fethard Equine Hospital for all their efforts in trying to save him and allow him the retirement he deserved.

“I know it’s a cliche to say racing is a game of highs and lows, and we’ve had our share of both, but on days like this it makes you wonder if the highs are high enough.

“Percy was a special athlete with a personality all of his own. He took us places we dreamt of, and we always looked forward to having him with us during his downtime.

“The sudden sadness of his passing is hard to contemplate, and the wonders of ‘what if’ will remain. To everyone who shared our love for Percy, we are so sorry.

“The horse of my lifetime – and my honour to have been called his owner.”