Robert and Diane Moore say that a lot of the money they owe is partially because of having to pay for the funeral of their late daughter, Sarah. The dog was purchased in 2018 to help Sarah, though she died shortly after getting it. As reported in Derbyshire Live, two dogs were gifted to Sarah – Charlie, a Doberman who cost around £2,000 and Callie, who was a rescue dog.

Charlie has now developed a benign tumour on her front leg, which is likely to cost between £5-6,000 to have removed.

Mr Moore, who is 65-years-old and from Derby, said: “I felt pretty gutted and I’ve lost my daughter now I’m going to lose my dog.

“We don’t want to get rid of the dog, obviously, because it’s all we’ve got left to remind us of Sarah. But I have not got £6,000 to get this dog’s leg sorted out.”

The tumour has resulted in Charlie refusing to eat, with Mr Moore explaining that he could not afford pet insurance because of the costs associated with the death of their daughter. 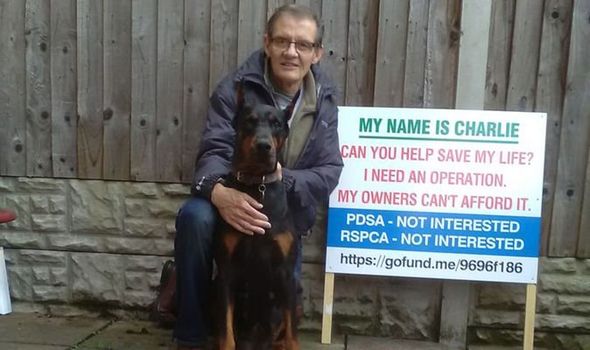 Sarah took her own life at the age of 27, hours after being released from the Radbourne Unit in Littleover – despite frequent warnings that she was a suicide risk.

The Moores are seeking an inquest into her death, which could result in additional costs for them.

Sarah’s funeral set them back by around £7,000, which added to the £13,000 worth of credit card debt they were already paying off.

If solicitors lose a clinical negligence case, Mr and Mrs Moore will face paying an additional £20,000 fee that would force them to sell their home. 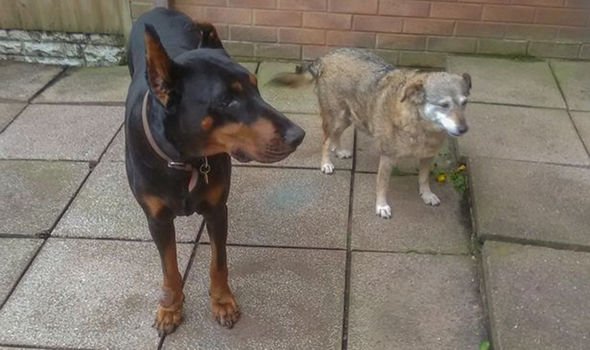 Even if the couple manage to win, they still face paying legal disbursements as the damages will go directly to Sarah’s children.

Mr Moore recently contacted the People’s Dispensary for Sick Animals (PDSA), but claims that he was told they could not help due to him not being on any form of benefit.

He added that another charity suggested having the dog put down, which made him more reluctant to give it away.

Sarah’s parents have been forced to try to fundraise money to have Charlie treated as Mr Moore lives on a small pension of around £600 per month.

He added: “I think it’s appalling. I’m supposed to have reached a point in my life where I’ve retired. I’ve never claimed benefits in my life and I never will. I’m absolutely ashamed to be British for the way we’ve been treated.

“Myself and Diane, we’ve been treated absolutely appallingly, we’ve worked all our lives and now I’m £40,000 in debt.”

Although the PDSA does not comment on individual cases, a spokesperson said: “We know that taking care of a sick or injured pet can have a huge financial impact on an owner, and is often an incredibly difficult position to be in.

“The PDSA offers as much support as we can, but as a charity that doesn’t receive government or National Lottery funding, we have eligibility criteria in place to ensure that our limited resources are able to help the most vulnerable pets in society.

“We understand how hard this can be for owners who don’t meet these requirements, and particularly those who face the challenges of unprecedented circumstances.

“However, like all vets, we will always treat an animal in need of life-saving emergency veterinary care, regardless of eligibility.”

Donations for Charlie’s surgery can be made here.

The Samaritans can be reached round the clock, 24 hours a day, 365 days a year. If you need a response immediately, it’s best to call them on the phone. You can reach them by calling 116 123, by emailing [email protected] or by visiting www.samaritans.org.