ENGLAND and Leeds star Kalvin Phillips is reportedly set for two months out with a hamstring injury.

The Three Lions midfield ace limped off 55 minutes into the Whites' 2-2 draw with Brentford and looks likely to be out until the new year. 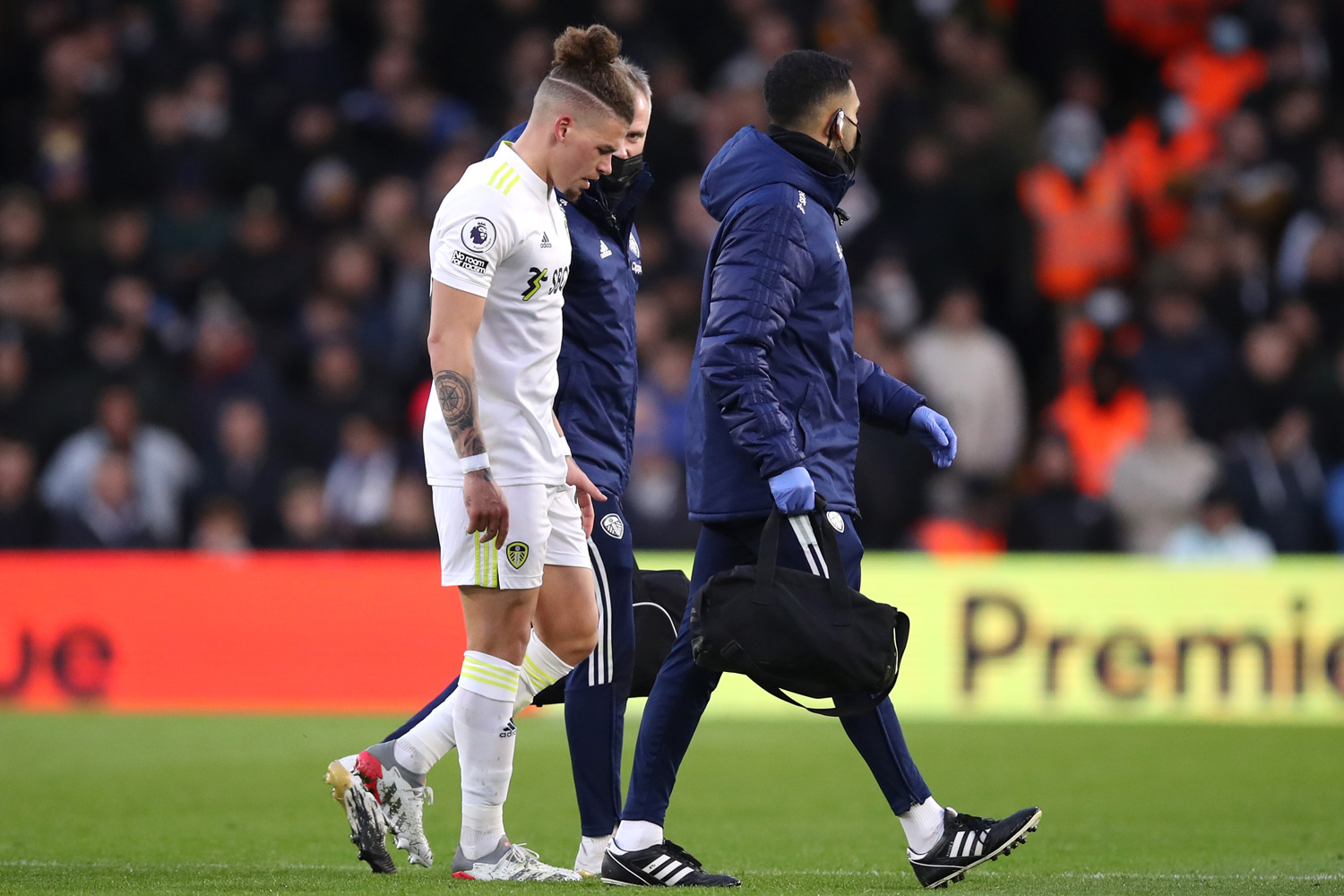 Leeds boss Marcelo Bielsa was unable to confirm the nature of Phillips' injury after Sunday's match at Elland Road.

But it has now emerged it was a hamstring injury which could keep him out until February, according to the Mail.

Striker Patrick Bamford also injured himself celebrating his late equaliser and is set for a spell on the sidelines.

And Liam Cooper was subbed off hurt as the medical room fills up at Elland Road.

Leeds are already struggling as they sit 15th in the Premier League – just six points above the drop zone.

And the absence of two of his biggest stars will come as a huge blow to Bielsa as his side battle against relegation.

Bamford has just returned from a three-month lay-off with an ankle injury.

He came off the bench to rescue a dramatic point in the 96th minute against the Bees.

But he now looks set to miss Saturday's clash at Chelsea.

The Yorkshire side also have a grim looking run of fixtures with games against Manchester City, Arsenal and Liverpool coming soon after their journey to Stamford Bridge.

Phillips has already missed two games with calf and hip issues this season.

He was absent for October's 1-0 defeat to Southampton and the home draw with Wolves.