MAD Men’s Don Draper once said that tucking into an oyster was like “eating a mermaid”.

Luckily, the ad guru from the hit US drama never did embark on a promotional campaign for these shell-food treats. 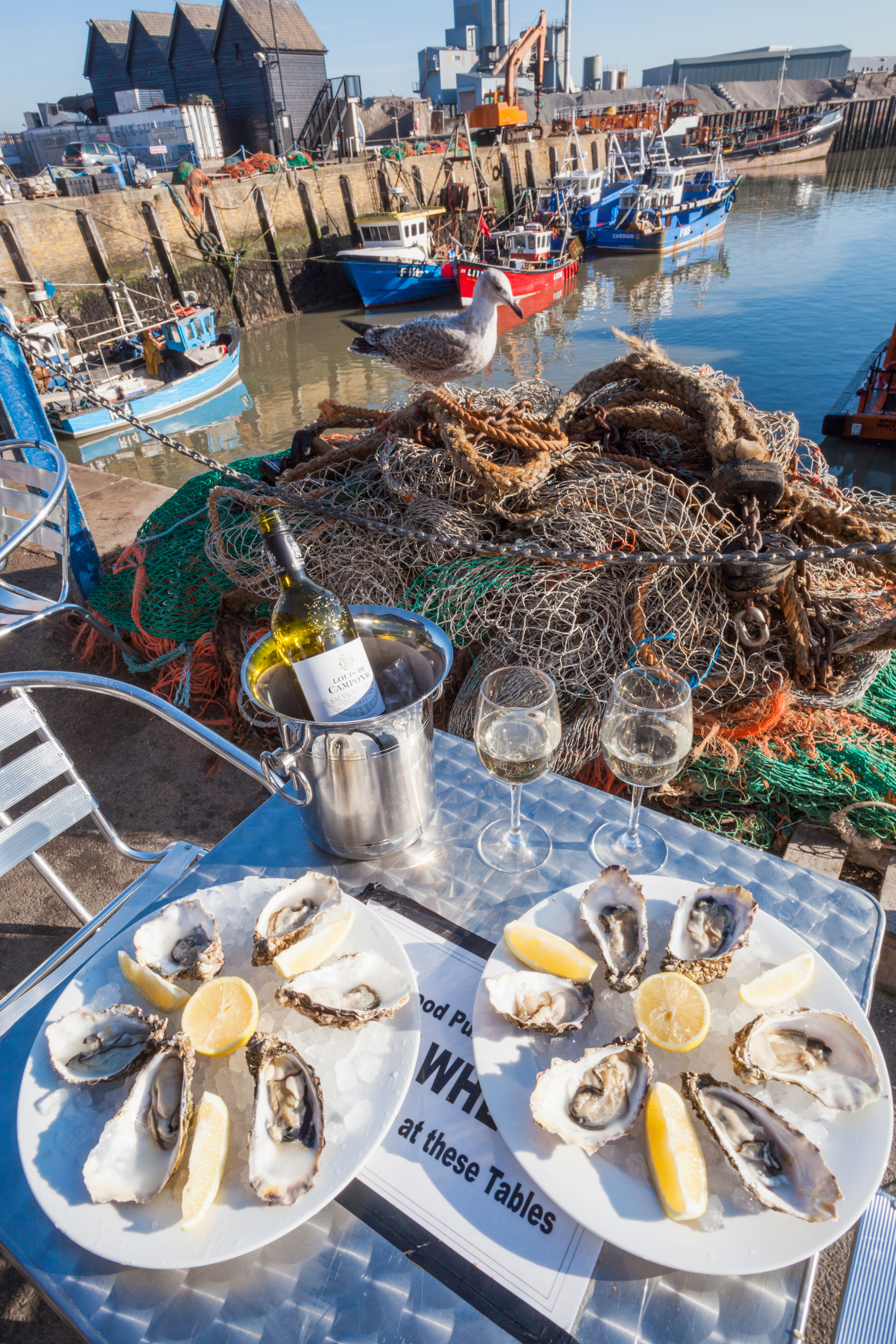 Because for every person who adores the plump, lusty silkiness of an oyster, another ten believe they taste, not to put too fine a point on it, like snot.

Being in the gorgeous seaside town of Whitstable in Kent, where oysters are farmed and sold fresh along the marina, I was going to have to partake.

Among a charmingly disordered array of clapboard cottages, minuscule alleyways and a wide beach are at least a dozen places where you can buy them.

They range from tiny shacks overlooking the oyster beds in the Thames Estuary beyond, where they cost as little as £1.50, to the reassuringly expensive Wheelers restaurant. 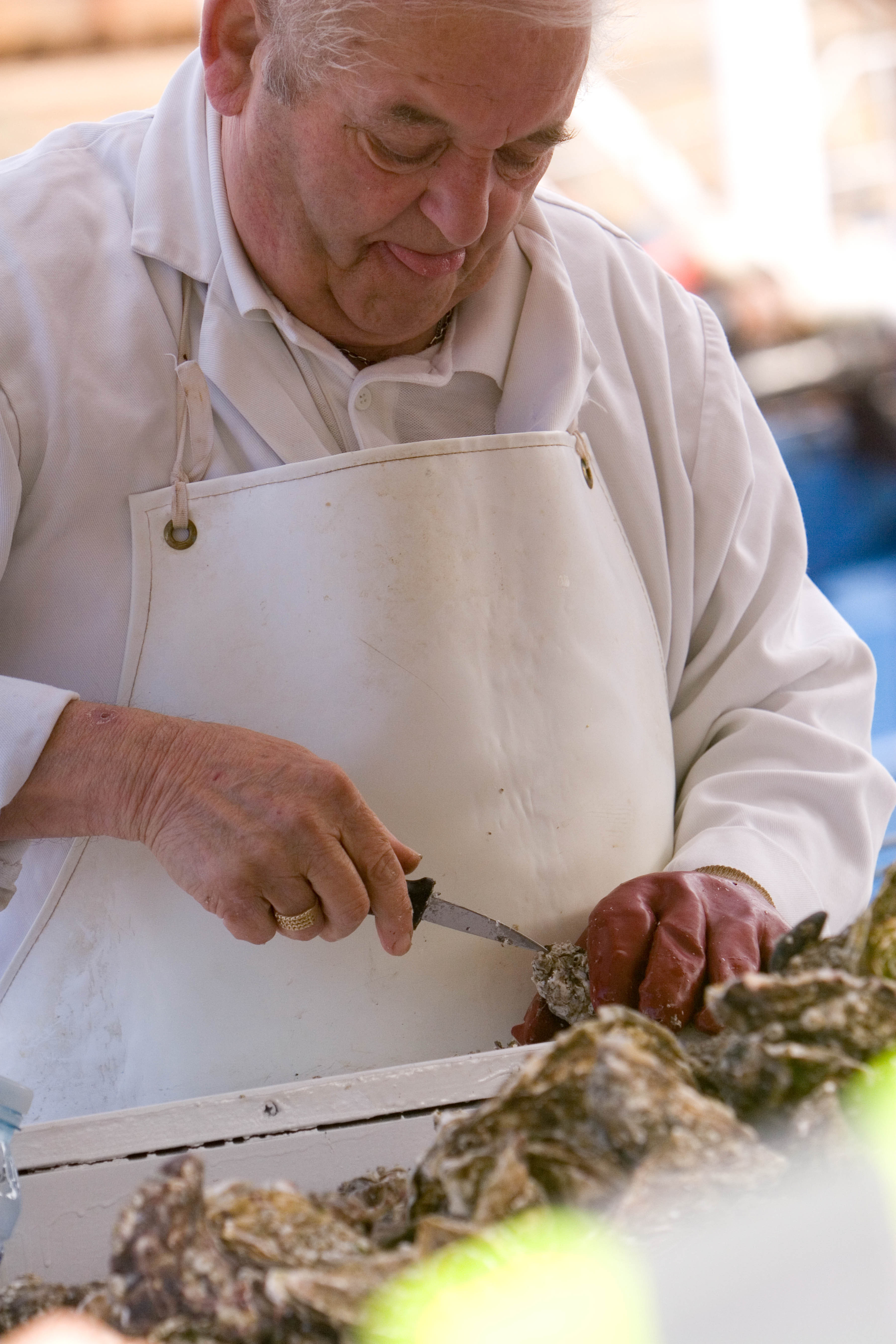 It sounds like an old wives’ tale but oyster season is at its peak when there’s an “R” in the month.

So I soak up the October sun and watch a tractor lurch in from the shallow waters, towing enough of these ancient bivalves to build a two-storey house out of the shells.

But before taking the culinary plunge, I stroll around the oyster sheds of Whitstable to get some tips.

“You’ve got to let them roll around your mouth, really luxuriate in the taste,” says one seller. 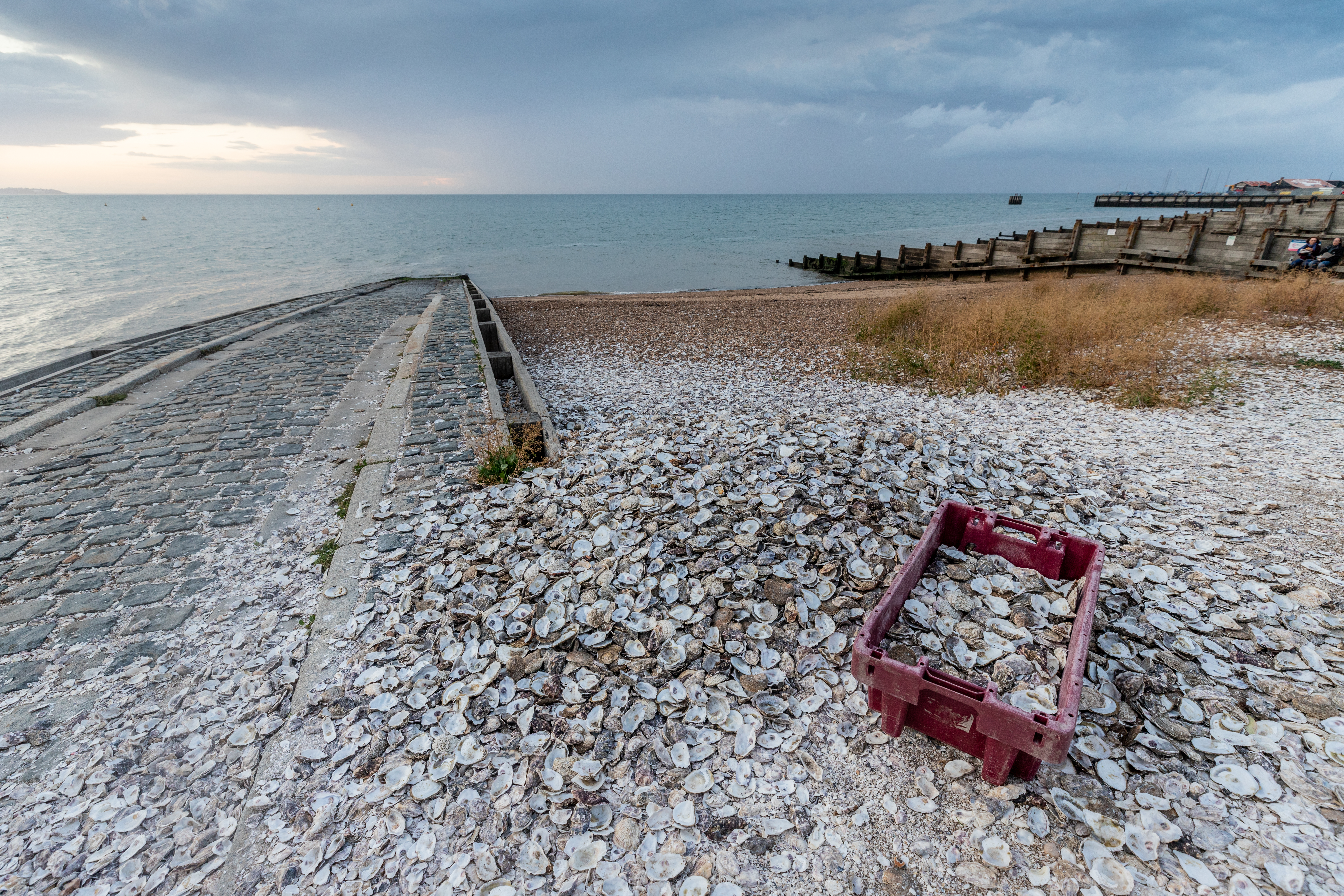 “If you’re nervous then put some shallots on your oyster, plus lots of lemon,” says another.

“Have a rock oyster first,” says an elderly vendor, who explains they are larger, creamier and milder.

Native oysters, on the other hand, which aren’t farmed on the sea bed and grow naturally, are smaller and have a more intense flavour.

“Think about it as the difference between having a craft ale and a very peaty whisky,” he concludes. 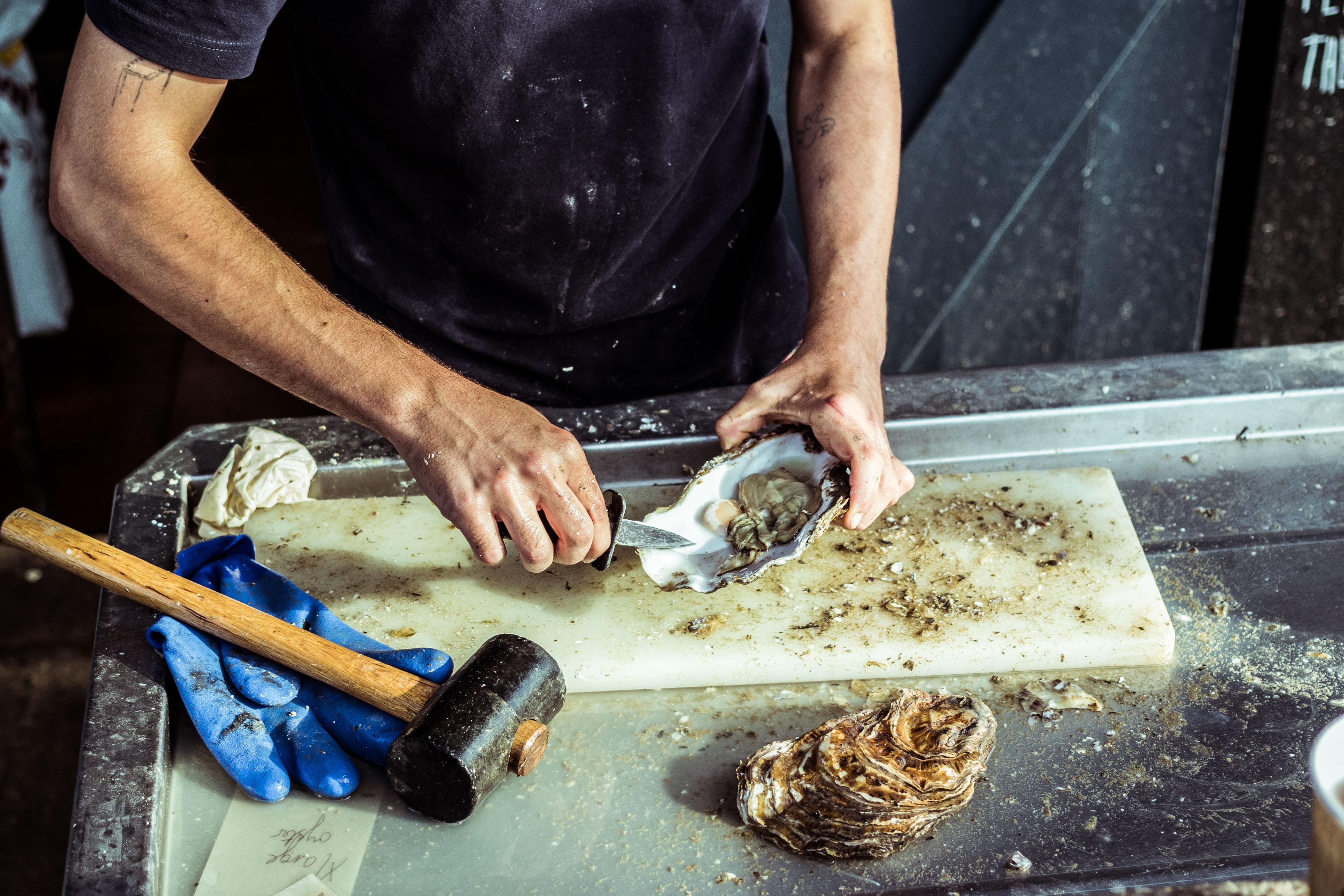 “Oh, and the natives are a lot more expensive.”

There’s still time before lunch so I decide to learn a little more about the long history that this stretch of coastline shares with oysters.

To do this I set off on a new 5km, self-guided walk (download the map at whitstablecoastaltrail.org.uk).

It takes me past some of the town’s oldest and quirkiest sights. 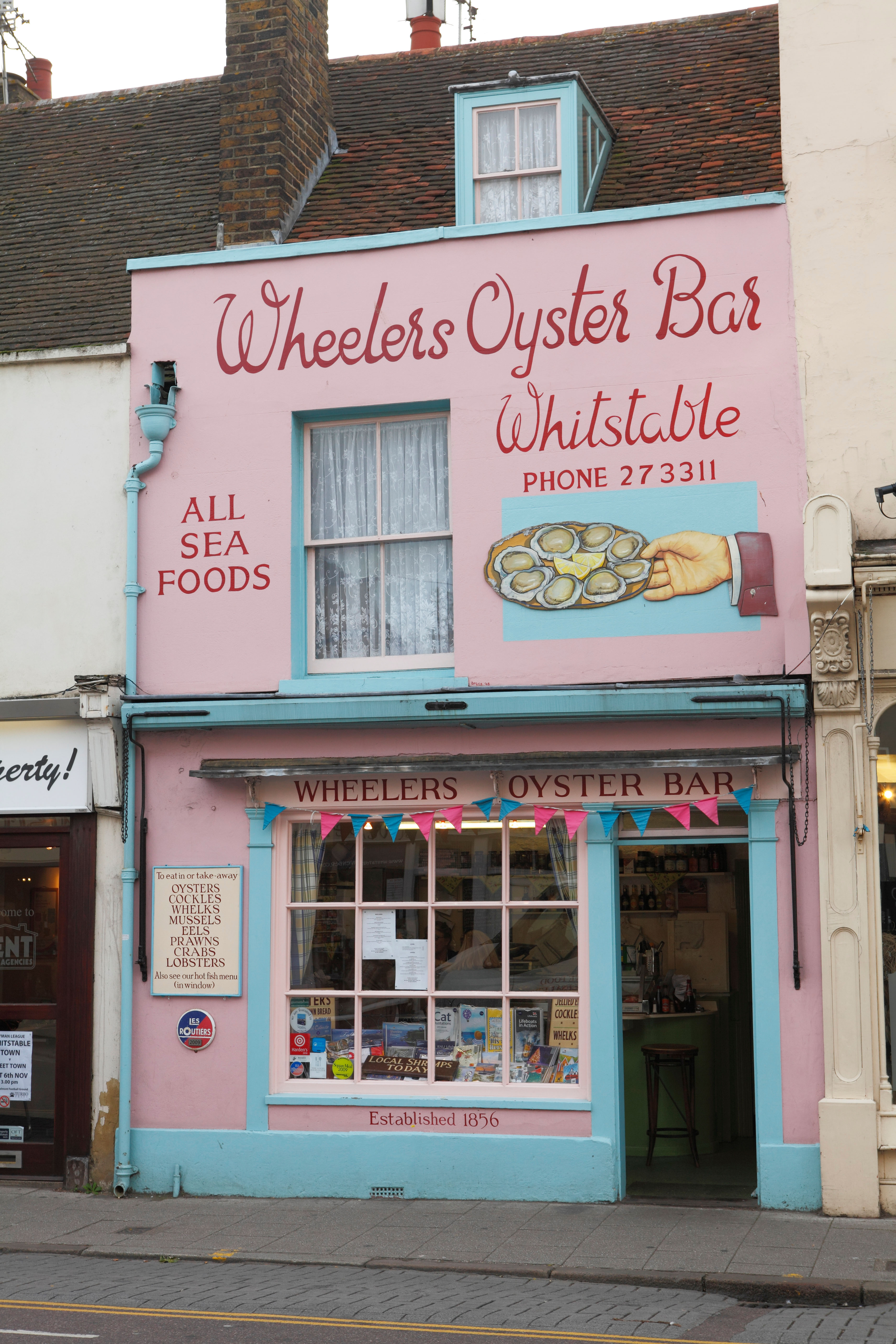 On Tankerton Beach, I spot a strange gravel ridge jutting out into the water.

Nobody knows how it got there but walking upon it gives the illusion to those back on the beach that you’re walking on water.

As I stroll on, I spot ancient cobbled tracks built for horses and carts to collect the oysters and haul them to London’s Billingsgate Market.

But best of all is the sighting of an oyster yawl boat, dating from 1906. 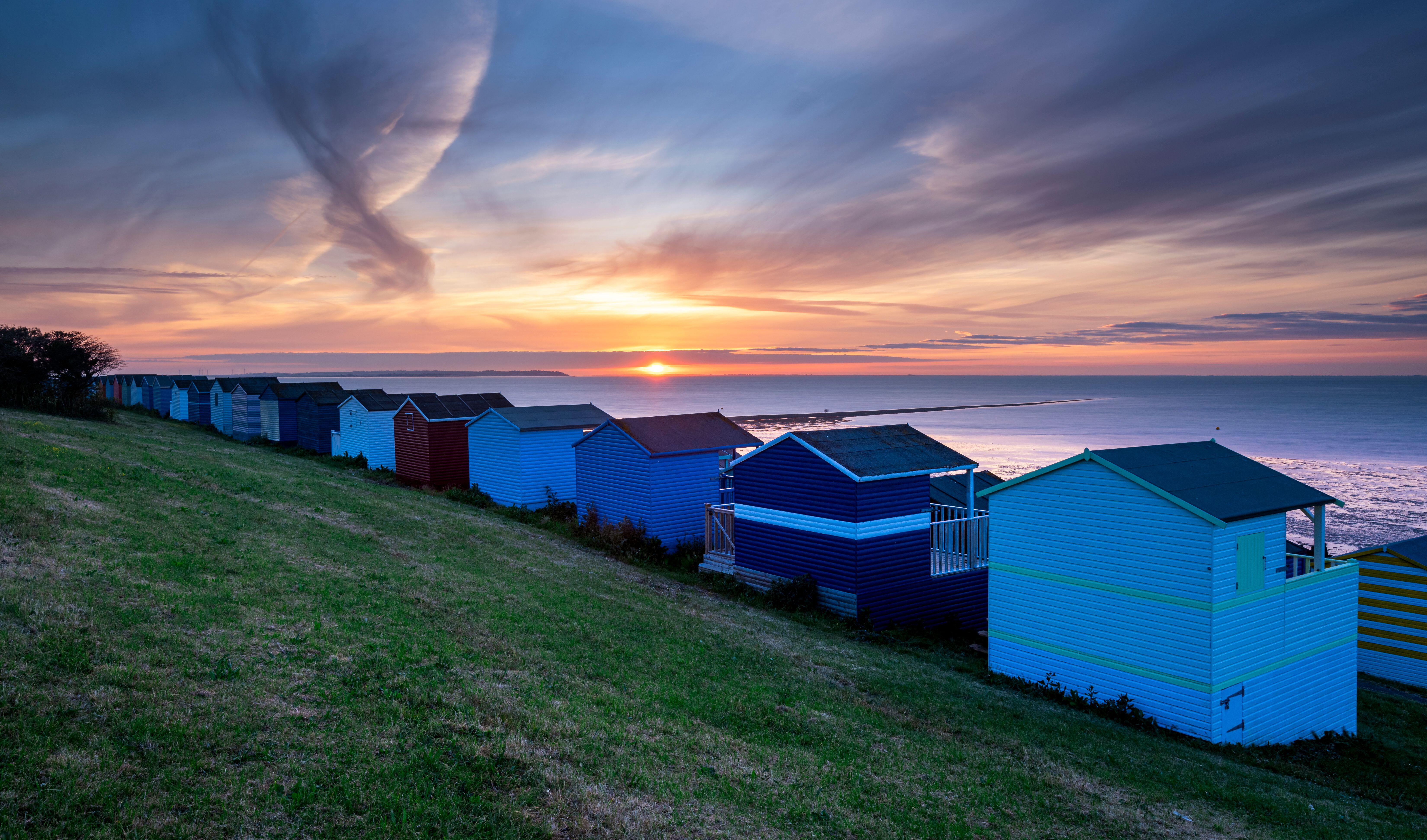 Currently being restored, this handsome vessel (called the Game Cock) will soon be ready to take visitors on trips to see the oyster beds up close.

With the smell of seaweed and salt whetting my appetite, I head to the Lobster Shack, a casual dining space on the water’s edge to drink a pint of locally brewed Oyster Stout before the main event is placed on my table.

It’s a huge circular dish, bedded with ice and lined with ready-shucked rock oysters on the half shell and lemon wedges in the middle. It looks like an edible sundial.

Tipping the first shell into my mouth, the oyster slides in and gives an explosion of creamy, silky flavour, almost obscenely fresh. I wolf down a dozen in an indecently short time.

As I later learn, not only is an oyster binge one of the sexiest things to eat, it’s also a real superfood, being rich in iron, protein, Omega 3 and zinc.

My Whitstable lunch is part of an industry that has gone from almost dormant in the early 1980s to producing over a million oysters a year.

Don Draper was clearly on to something. For him, an oyster may be like eating a mermaid, but for me, it’s like eating a piece of ancient and delicious British history.

GETTING THERE: Southeastern train tickets from London Victoria to Whitstable from £33 return. See southeasternrailway.co.uk.

STAYING THERE: Double rooms at The Marine Hotel are from £110 B&B. See marinewhitstable.co.uk.