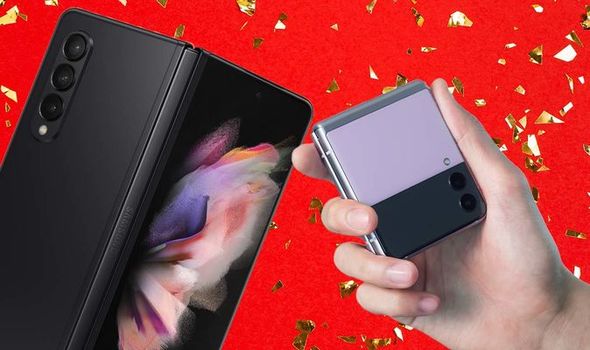 Customers are splashing out on pre-orders for the Galaxy Z Flip 3 and Galaxy Z Fold 3 ahead of the handsets landing on high street store shelves on August 27.

In Samsung’s native South Korea, fans have already made almost one million pre-orders for the two phones. For comparison, only 80,000 Galaxy Z Fold 2 phones were sold on pre-order last year.

Figures for the rest of the world haven’t yet been released, but are widely thought to be even bigger. Samsung has said there have now been more pre-orders for the two models than sales of all previous Samsung foldable phones. It means Samsung is well on its way to reach its target sales of 6 – 7 million for the two foldable phones, which some thought was impossible.

The huge surge in interest could be down to price. Although they’re definitely still not cheap, they are slightly less eye-watering than previous foldable phones.

The smaller Galaxy Z Flip 3 (prices start at £949) is seeing more demand from customers than the Fold at around two-thirds of all orders. Both it and the larger Galaxy Z Fold 3 (from £1,550) are cheaper than the previous models in the range, which came in at £1,600 and £1,799 respectively.

As Samsung continues to iterate on the design of its folding phones and refine the manufacturing process, it will be able to add new features while dropping the cost. That could place it well ahead of rival firms, like Google and Apple, which are both heavily rumoured to be looking into folding designs in their respective R&D departments. However, neither has announced anything publicly.

But it could also be thanks to the rave reviews the foldable phones have been raking in. The Verge said “this is the first folding phone that can appeal to mainstream phone buyers, not just early adopters” of the Flip model, while TechRadar said the Fold was “the first foldable phone we can recommend … without hesitation ”.

It’s a sign foldable phones might be here to stay as buyers no longer see them as so much of a risk (the less said about Samsung’s first attempt, which saw the foldable screens smash after just days of use, the better!)

A Samsung spokesperson said: “We are thankful for the great customer response to our new Galaxy Z Fold 3 and Galaxy Z Flip 3. Interest in foldable smartphones is at an all-time high, with pre-order volume for Z Fold 3 and Z Flip 3 already outpacing total sales for Galaxy Z devices to date in 2021. We’re committed to providing the most innovative experiences to our consumers.”

If you do feel like taking the plunge, Samsung is offering a sweet deal to iPhone users. Anyone who trades in an iPhone X, 11 or 12 will get up to £550 off the price of the new Fold models.