GERAINT THOMAS suffered a reported dislocated shoulder during stage three of the Tour de France but bravely continued to finish the race.

The 35-year-old slipped just 37 km into the 183 sprint stage which resulted in Robert Gesink somersaulting over him. 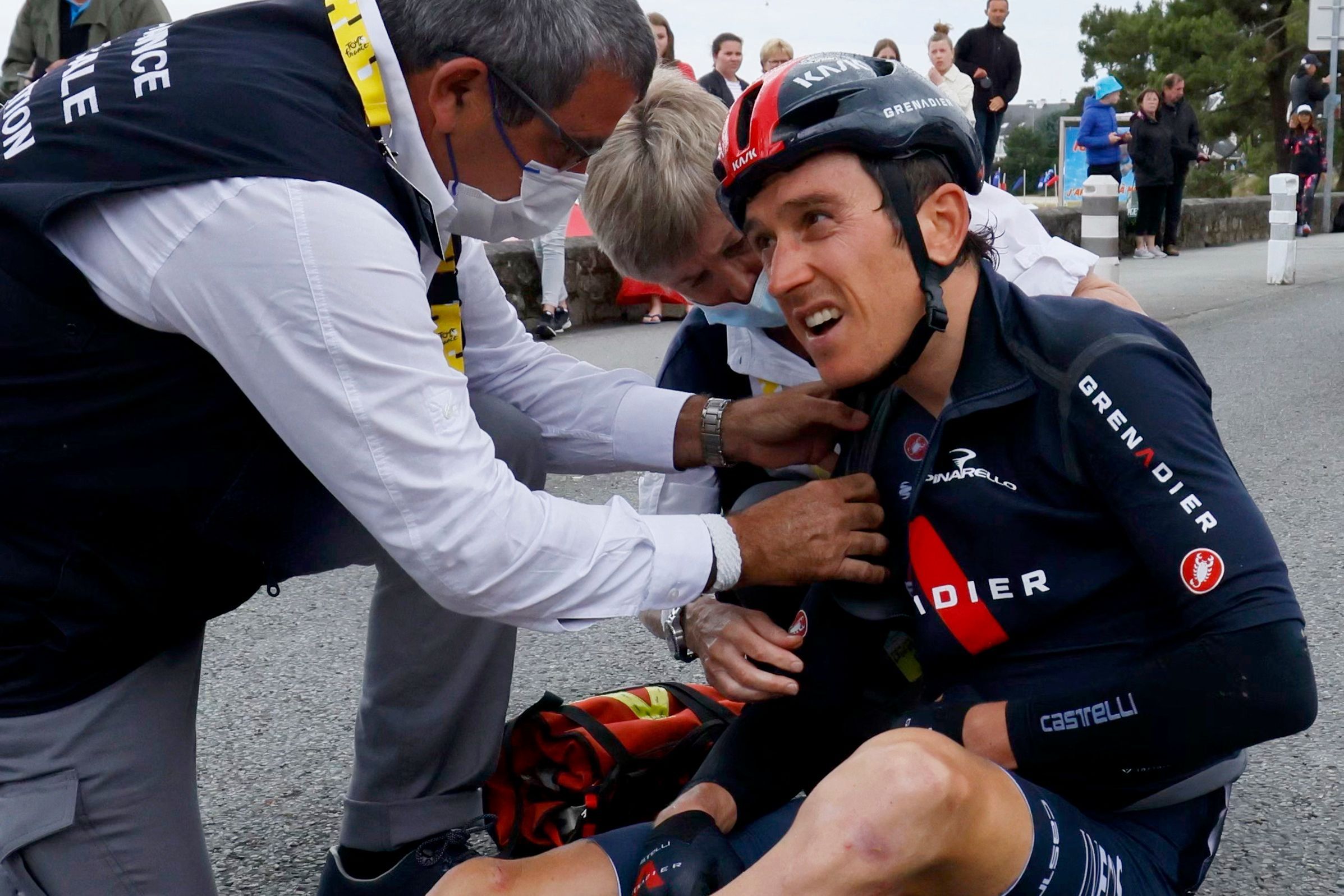 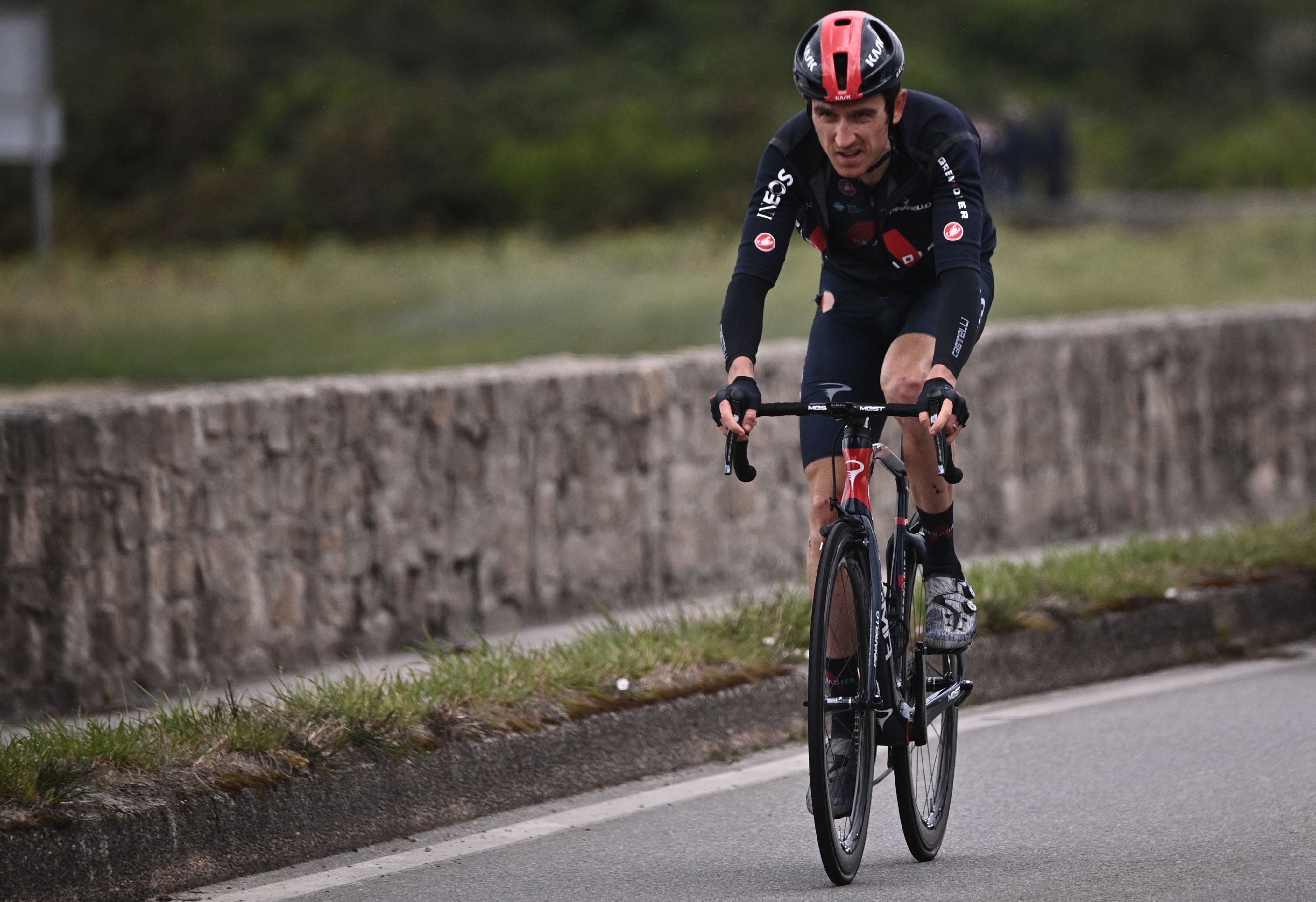 According to Belgian radio station RTBF Sport, the Ineos Grenadiers star had to have his shoulder popped back in following medical attention.

He somehow managed to soldier on and finish the race, where he ended the day one minute and seven seconds behind his general classification rivals.

Thomas – winner of the Tour de France in 2018 – will be hoping his injury doesn't prove to be too serious with the Welshman expected to be part of Team GB's cycling contingent at the Tokyo Olympics.

Meanwhile, Caleb Ewan and Peter Sagan were involved in a horror collision which has marred Tim Meslier's stage three victory.

Ewan clipped Tim Merlier’s wheel on the home straight and went down, bringing Sagan with him in a tangle of wheels.

There are fears that Ewan broke his collarbone, with British icon Mark Cavendish expressing his concern for the Australian ace.

He told Eurosport: “Although I didn’t get to sprint today, I think I was lucky. 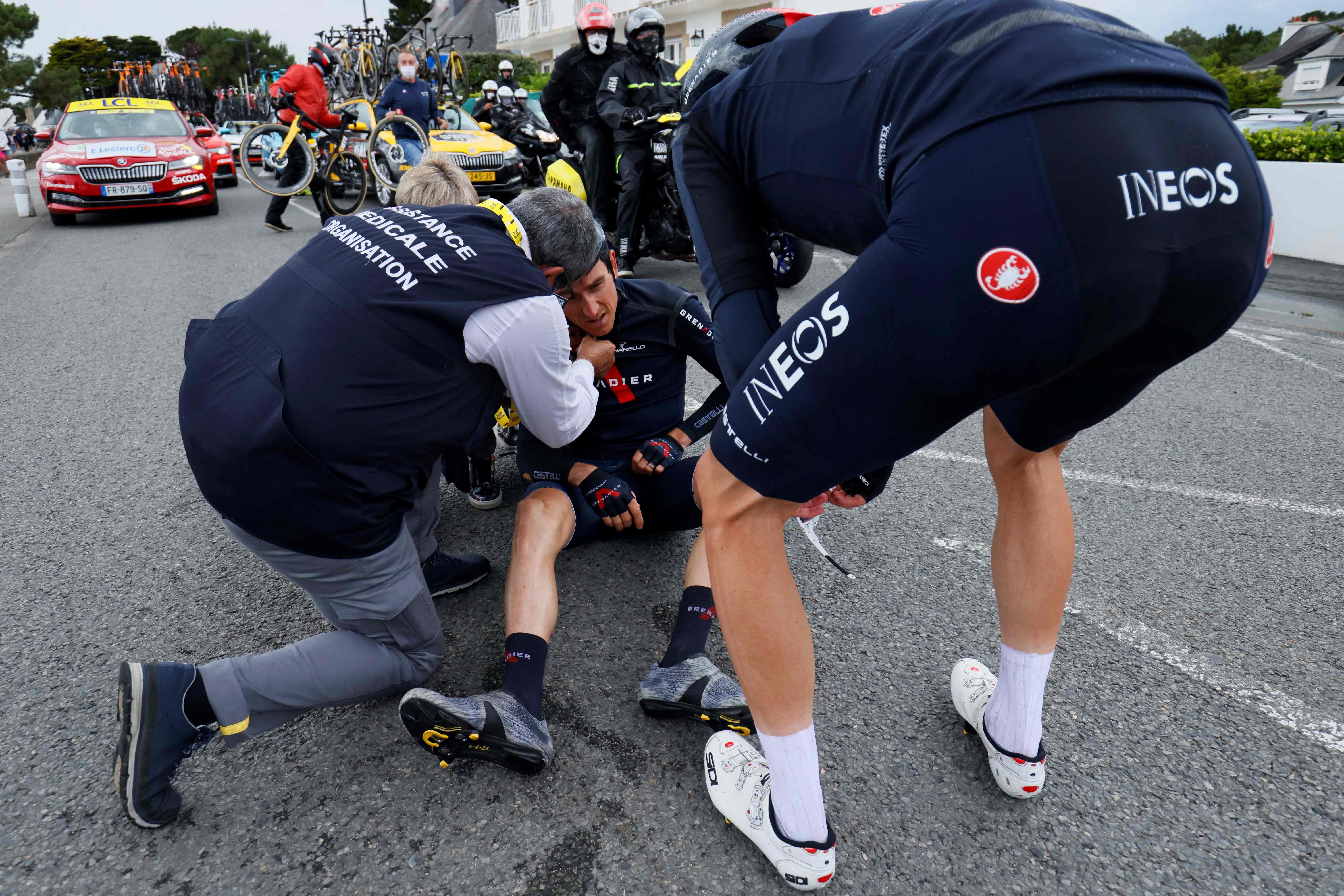 Monday's crashes comes days after carnage on stage one where a dramatic collision was caused by a fan.

Tony Martin, 36, went down first after he was taken out by a member of the public.

The spectator was stood holding up a cardboard sign with ‘Allez Opi-Omi!’ written on it in black marker.

It translates to 'Come on granddad-granny', in a mix of French and German.

SunSport previously reported how the police remain on the hunt for a female fan.

Prosecutors in Brittany launched a criminal enquiry after 21 riders were injured.