Human Rights Watch has accused Israel of apartheid and persecution against Palestinians, with a report finding the country has crossed a vital threshold and is privileging one group of people at the expense of another and carrying out inhumane acts.

Both apartheid and persecution are deemed crimes against humanity under international law. Human Rights Watch is calling on countries including Australia to impose sanctions on Israel, which dismissed the report as “preposterous and false”. 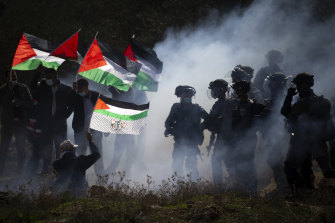 Israeli border police officers clash with Palestinians during a protest against the expansion of Israeli settlements near the West Bank town of Salfit in December. Credit:AP

The controversial finding of apartheid invokes the South African policy of institutionalised racial segregation that existed in that country up until the early 1990s.

A number of countries and prominent commentators have argued in recent years Israel’s policies towards Palestinians, particularly in the West Bank, would eventually amount to apartheid if they continued along the same trajectory. But this is the first time Human Rights Watch has argued they fit the legal definition of the term under the Apartheid Convention and Rome Statute.

“Australia should look closely at the findings of this report, recognise the reality on the ground for what it is and bring to bear the sorts of human rights and accountability measures that a situation of this gravity warrants,” she said. “Australia should review all its bilateral agreements with Israel to ensure any activities don’t contribute to the commission of these crimes, assess and mitigate human rights impacts and end activities where mitigation is not possible.”

Colin Rubenstein, executive director of the Australia Israel and Jewish Affairs Council, said the report was a “textbook example of a biased organisation knowing what conclusion it wants to reach and then writing a report to substantiate it”.

“Israel is not an apartheid state and to claim it is dishonours the real victims of apartheid in South Africa,” he said. “All Israeli citizens, regardless of race, colour or creed, have the same democratic rights.”

Israel’s inhumane acts, according to the 213-page report, include restrictions on the movement of Palestinians, the confiscation of land, denial of building permits in large parts of the West Bank, denial of residency rights and the suspension of basic civil rights such as freedom of assembly and association. 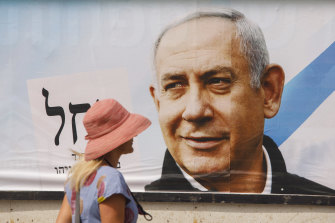 The report, A Threshold Crossed: Israeli Authorities and the Crimes of Apartheid, says Israel is “methodically privileging Jewish Israelis while repressing Palestinians, most severely in the occupied territory”.

Human Rights Watch says there is an overarching Israeli government policy to maintain the domination by Jewish Israelis. Israel has committed “grave abuses” against Palestinians living in the occupied territories, including East Jerusalem, West Bank and Gaza, it says.

“On the basis of its research, Human Rights Watch concludes that the Israeli government has demonstrated an intent to maintain the domination of Jewish Israelis over Palestinians across Israel and the OPT [Occupied Palestinian Territory],” the report says. “In the OPT, including East Jerusalem, that intent has been coupled with systematic oppression of Palestinians and inhumane acts committed against them. When these three elements occur together, they amount to the crime of apartheid.”

The crime of persecution is defined as the severe deprivation of fundamental rights of a racial, ethnic or other group with discriminatory intent. The report finds Israel has committed persecution through widespread confiscation of privately owned land, the effective prohibition on building or living in many areas, the mass denial of residency rights, and sweeping, decades-long restrictions on the freedom of movement and basic civil rights.

Human Rights Watch says Israeli authorities have “hemmed in” Palestinian towns and villages while nurturing the growth and expansion of Jewish communities, “many of which in practice exclude Palestinians”.

Dr Rubenstein said it was a distortion of international law to claim Israel was obliged to treat non-citizens who lived in Palestinian-controlled areas of the West Bank and Gaza exactly the same as its citizens. “And any restrictions they face are the result of legitimate security needs, to prevent a repeat of the Second Intifada in 2000-05, which saw over 1000 Israelis murdered in Palestinian terror attacks,” he said.

Our Morning Edition newsletter is a curated guide to the most important and interesting stories, analysis and insights. Sign up to The Sydney Morning Herald’s newsletter here, The Age’s here, Brisbane Times’ here, and WAtoday’s here.