Keeping us locked down will cause more deaths and cripple a generation. There IS another way, writes Punch Taverns founder HUGH OSMOND 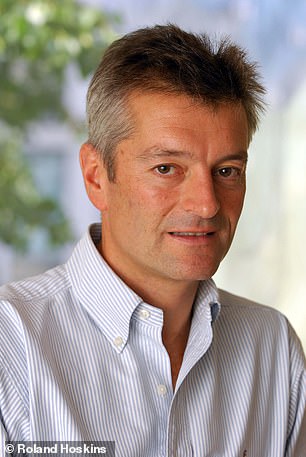 Keeping us locked down will cause more deaths and cripple a generation. There is another way, says Hugh Osmond

Over the past three weeks, I – like so many business owners and leaders – have been forced to shut down companies that took years to build up, putting loyal staff out of work, many of whom have no other way of paying bills or supporting families.

The misery has been widespread and tangible. In some cases, to comply with the Government’s health and safety regulations about worker proximity, we’ve even had to ask staff to leave company accommodation we provided for them.

Fortunately, we now know that all these people have managed to return to their families while most other employees have been furloughed so the worst has been avoided.

But nonetheless, with the lockdown being extended yesterday, for many their hardship will become real and permanent.

Britain’s reluctance to ease the lockdown certainly isn’t shared across Europe, where a number of governments – including Italy and Spain, which admittedly are ahead of us in the pandemic – have announced plans to relax the rules. If Britain doesn’t soon follow suit the effect on our economy could become irreversible and devastating.

The scale of the potential devastation became clear this week in a chilling warning from the Office for Budget Responsibility that a three-month lockdown could lead to the biggest slump in the British economy for 300 years – worse than that of the Great Depression of the 1930s – with Britain’s GDP contracting by 35 per cent between April and June and unemployment soaring by 3.4million. Already it has been reported that one in five small and medium-sized businesses will not survive the economic trauma of this crisis – a brutal fact that is hardly surprising given it’s been estimated that the lockdown is costing the economy £2.4billion a day.

Even for those workers who are furloughed – some 9million if a Resolution Foundation report released last week is to be believed – their financial future is far from secure. Indeed, according to its data, which assumes half of British companies will furlough staff, the total bill of the Job Retention Scheme to the taxpayer could be £40billion in just three months. And so the financial future of all British citizens is now at risk – along with their physical and mental wellbeing. 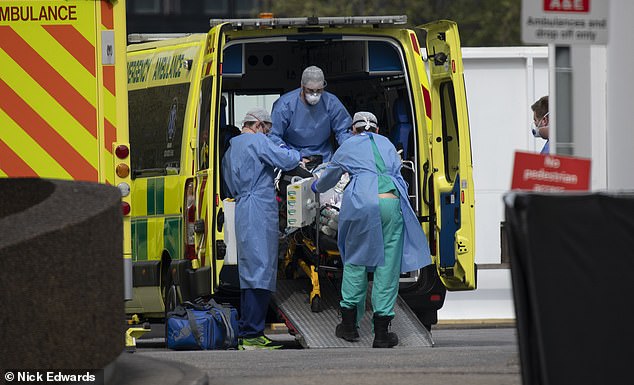 The consequences could cause many tens of thousands of deaths in the medium to long-term – more than could possibly perish from Covid-19.

All of which means that the Government must ask itself: Should Britain blindly continue with its current approach?

I believe not. Although I studied medicine at Oxford, I have made my living as an entrepreneur, creating businesses large and small in many different sectors, from manufacturing and finance to leisure and hospitality, including, perhaps most famously, Pizza Express and Punch Taverns, which was one of the UK’s largest pub chains. Of course, there are many unknowns relating to the coronavirus, some of which – as the Mail’s important campaign has made clear – will only be resolved by far more extensive testing of the population.

However, some of the best information that we do have is the official reporting of coronavirus deaths around the world.

From this data, we can see that 98 per cent to 99 per cent of reported deaths have occurred in the small portion of the population who have certain pre-existing medical conditions or are of very advanced years – or both.

This is, of course, a tragedy for them and their loved ones. Every life is precious. And, as the past days have shown, the young and healthy are also vulnerable. But it does mean that their chance of dying from it is much lower.

So, could the £330billion already promised by Chancellor Rishi Sunak to support the economy be better spent isolating, protecting, testing and caring for the most at-risk group?

And would a further extension of the lockdown be an unnecessary disruption to the lives of more than 60million Britons, piling up future physical, mental and financial problems that will themselves inevitably lead to more deaths than we are saving now? The answer to these questions, I would argue, is a simple one: Yes.

But don’t take my word for it. In fact, over recent days a raft of scientists have also expressed concern that the initial data used by Professor Neil Ferguson and his team at Imperial College London – whose shocking forecast last month of 250,000 UK coronavirus deaths without a draconian lockdown allegedly persuaded Boris Johnson to impose this quarantine – may have been flawed. ‘This research is being given a kind of religious status, like tablets of stone from the mountain,’ Professor John Ashton, a former regional director of public health for North West England, has warned. In his view, the Government is guilty of relying upon a ‘little clique’ and failing to consult a wider pool of academics. 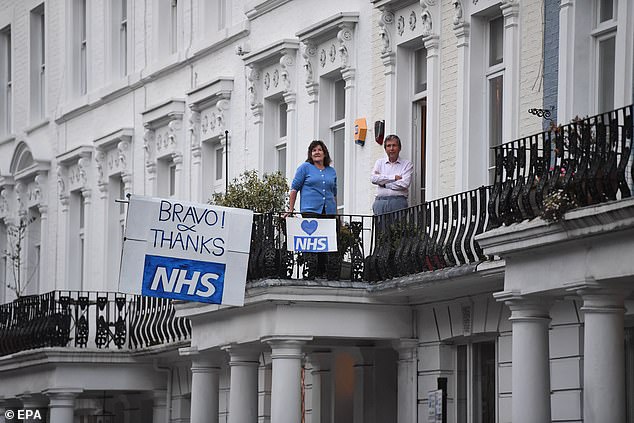 A thankful banner during the Clap For Our Carers campaign in support of the National Health Service (NHS) outside the Chelsea and Westminster hospital in London, April 16

Professor Carl Heneghan and Dr Tom Jefferson at the University of Oxford’s Centre for Evidence-Based Medicine have suggested that ‘the draconian restrictions’ are ‘going to bankrupt all of us and our descendants’.

They added: ‘What the current situation boils down to is this: Is economic meltdown a price worth paying to halt or delay what is already amongst us?’

This is the question the Government must now answer.

We cannot ignore the fact that deaths have remained largely limited to the at-risk groups while the entire population has suffered the terrible consequences of total shutdown.

Just yesterday, the Office for National Statistics revealed that one in five coronavirus-related deaths were in the age group of 80 to 84 years. Indeed, in terms of age group, the highest proportion of deaths due to coronavirus were in the 75 to 84-year-old range.

But if the Government should change tack, what should it do? Well, in the highly at-risk groups, letting the virus spread unhindered might be catastrophic, not least because the NHS could be overwhelmed. Insufficient critical care beds could increase the fatality rate and the number of deaths could then rise to higher and unacceptable levels. 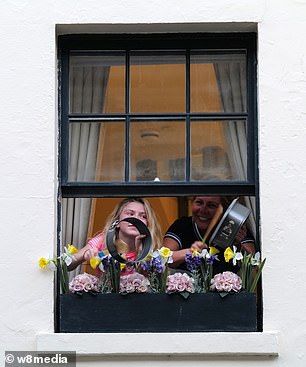 People clapping in support for the NHS

But if the massive funding and resources currently being poured into the NHS and into supporting the economy were switched to protecting the most vulnerable group, this crippling outcome can realistically be avoided. The authorities could pursue a policy of effective isolation and mass testing within the vulnerable communities, rigorous testing of all carers and workers, and extensive provision of high-quality critical care where required.

Meanwhile, antibody tests – when they become available and reliable – will show people who have had the infection but who are now immune. This may provide a widening pool of carers as time goes on. I believe that taking this hardline approach in this smaller population could work.

Successfully implemented, coronavirus-related deaths could realistically be limited to a very small number, potentially even fewer than a typical winter flu – and we would save a significant portion of the Job Retention Scheme billions of pounds.

Please don’t get me wrong. Those in the frontline of this epidemic are doing a fantastic job under immensely difficult conditions. For them, every death is a tragedy, as it is for the affected relatives and loved ones, whatever their age or medical history.

But neither I nor the scientists now speaking out are being heartless when we suggest a different approach. It wouldn’t just save lives, it would do so without wrecking the economy and permanently damaging the future of the survivors, especially the young who may spend much of their lives repaying the economic debt.

We need to reconsider this outbreak using the hard data we now have. We need to make sure we are using our resources to save people who are truly at risk, not destroy lives and put our country into unaffordable debt that could hobble a generation and lead to many more deaths than were caused by the virus. We need, in short, to think again.