Fury and Wilder will meet for the third time next month

Tyson Fury has vowed to knock out Deontay Wilder in their trilogy fight in Las Vegas on October 9.

The Brit, 33, claimed the WBC heavyweight title with a convincing seventh round stoppage of the American in February 2020.

After much talk, a global pandemic and an arbitration ruling, the pair are now set to complete their trio of fights, nearly three years after they contested a controversial draw in December 2018.

And Fury, who has not lost any of his 31 professional fights, is adamant he beats Wilder even easier this time around.

Speaking to Frank Warren’s Queensbury Promotions, he said: “What’s going to happen is I’m going to run across the ring and knock the f*** out of Deontay Wilder. I’m going to plaster him. I’m going to be like a plasterer on the night, plastering walls. 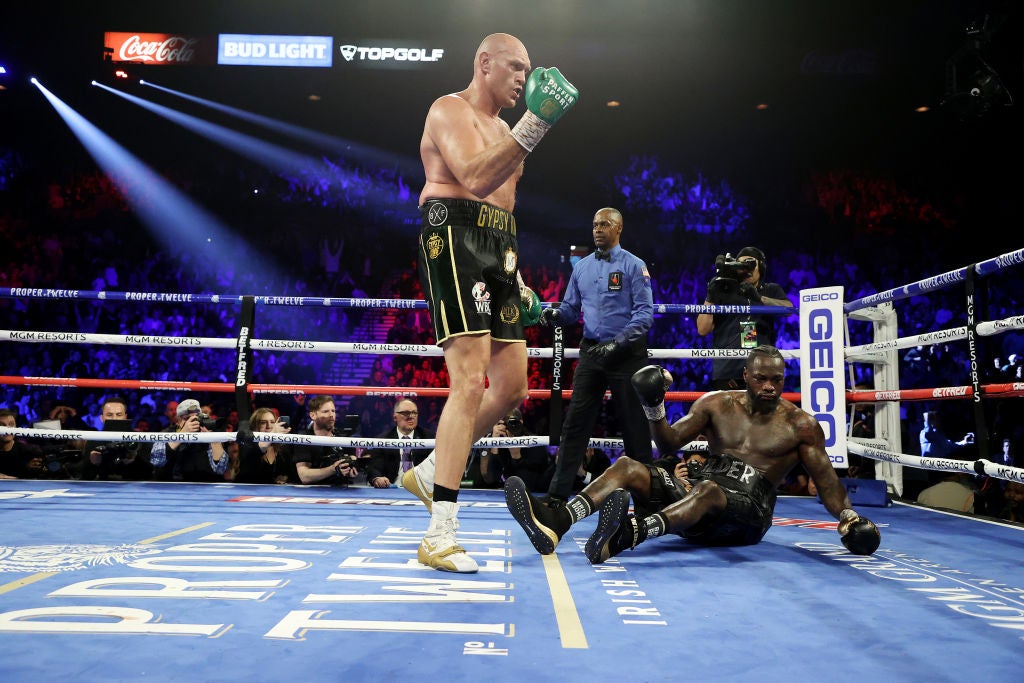 “I’m going to splatter him in the ring. He’s getting knocked out for sure, 100%. It was an easy fight the second time, and it’ll be an even easier time the third time.

“I’m knocking him out inside quicktime.”

If Fury defeats Wilder and Anthony Joshua is able to come through his heavyweight title defence against former undisputed cruiserweight champion Oleksandr Usyk on September 25, the two Brits will look to agree a clash for all the belts once more.

Fury and Joshua were set to meet in the summer after they agreed a deal to fight in Saudi Arabia.

But the deal was scuppered when an arbitrator ruled that Wilder had the contractual right to a trilogy bout with Fury, forcing Joshua to take on WBO mandatory challenger Usyk or risk losing the belt.