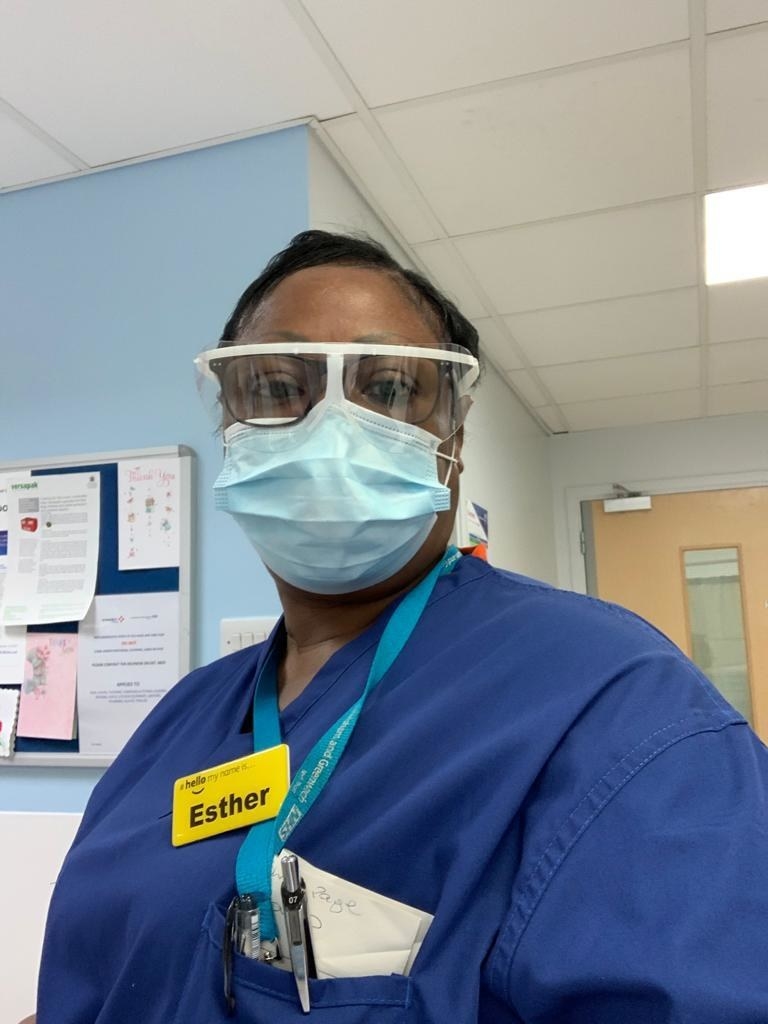 People around the world are remembering family and friends who have died during the coronavirus pandemic. BuzzFeed News is proud to bring you some of their stories. To support our coverage, become a member and sign up for our newsletter, Outbreak Today.

It’s been two weeks since Samuel Akinsanya’s mother Esther died, aged 55, and he’s still constantly replaying in his head the last conversation they had.

She FaceTimed him from her hospital bed to tell him that she was going to be sedated because her breathing had gotten worse, and told Samuel to look after his 14-year-old sister, something she often instructed him to do.

“She was struggling to talk, her breathing was so bad,” Samuel said.

She died two hours later, in the same London hospital where just a week before she had been working on the frontline treating coronavirus patients. Samuel’s 61-year-old aunt — Esther’s sister and a fellow nurse — is still in the ICU after coming out of a coma. The two sisters who lived and worked together had both tested positive for the coronavirus.

Samuel, 27, believes that in her final moments, his mother intentionally kept the full extent of her illness from him. He has since found out that before she videocalled him, Esther had called an uncle in Nigeria to tell him that her kidney had ruptured, and asked him to look out for her kids.

“I feel like she was trying to give me and my sister hope, that’s the bit that breaks me up all the time,” Samuel told BuzzFeed News. “She knew she was going but in her last moment, she thought, let me just give hope to my children, that I’m still coming home, that I’m going to be fine, I’m in the best hands. I just pray that in her last moments she wasn’t in too much pain but I’ll never know.” 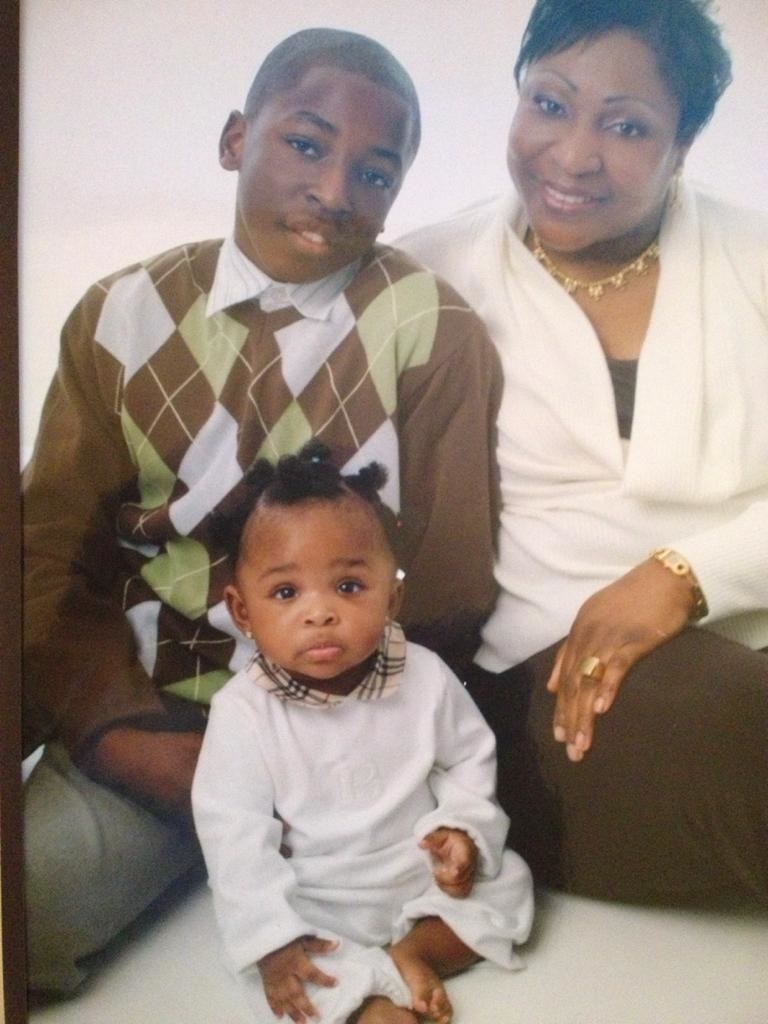 A young Samuel with his sister Racheal and their mother Esther.

Born in Lagos, Nigeria, Esther made the decision to move to the UK in the early ‘90s after discovering she was pregnant with Samuel, her first child. She made a home for herself in south London while laying the foundations to help her big sister, Mary Idowu join her shortly after.

“Back home in Nigeria, it used to be my auntie who looked after my mum because she’s the older sister. She was working early to make sure she could pay for my mum to go to school because their mum and dad were quite old,” Samuel said.

“If you came to my house, my mum would make sure that you were well fed, her hospitality was second to none. She cared about people’s well being, and their welfare. She was loving, sometimes too loving, there were times when I felt like she was doing too much at the expense of herself, but that’s just the person she was.”

Esther and Mary began their working lives in a new country as cleaners in central London, accompanied by a young Samuel who would watch them work their way across office floors.

“I remember times when I would wake up early in the morning around 3, 4 a.m. before all the offices would open for their normal 9 to 5 and we’d take the bus,” he said. “I just used to sit in there while they would go and get the cleaning supplies from the cupboard and clean the offices.”

“They were ride-or-die, to-the-ends-of-the-Earth type of sisters. When I was younger I used to question why my aunt lived with us, but my mum came from a background of poverty and when she came to this country, getting her sister in and being there for her was important, and they both worked tirelessly.”

After years of working as cleaners, Esther and Mary pursued careers as health care professionals, and eventually worked side-by-side at the Queen Elizabeth Hospital in Woolwich, southeast London.

“My mum was very outgoing, while my aunt is more of the opposite, more introverted. They both managed to work well together despite being complete opposites,” said Samuel.

“She had a ball every time she went to work, doing what she did, she enjoyed meeting people, seeing new people because she had a way with them. She just wanted to enjoy life to the fullest.” 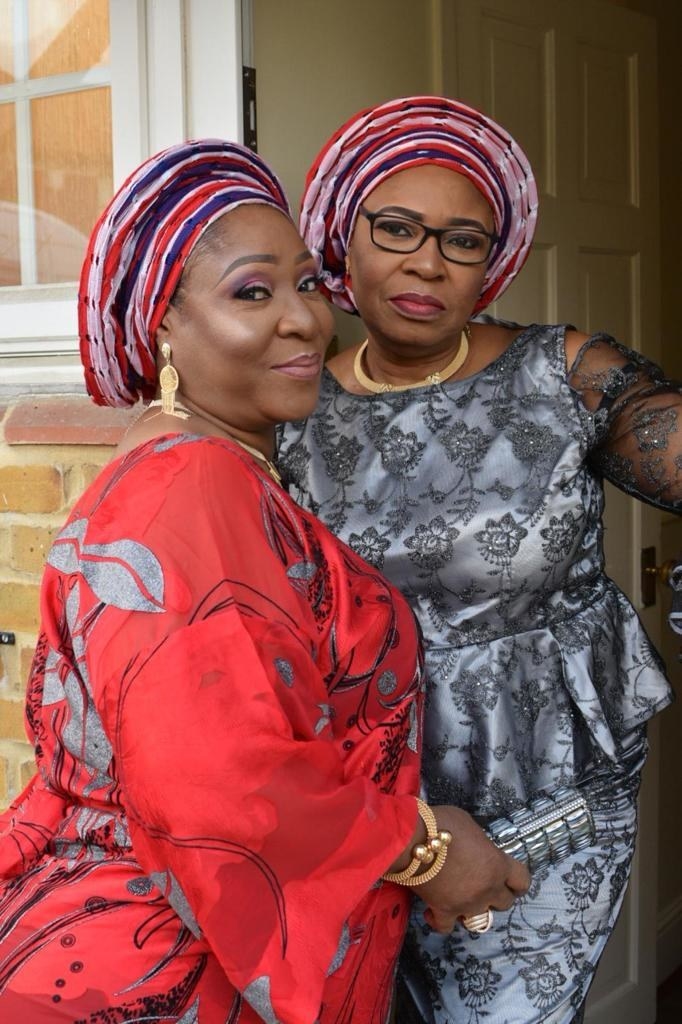 Esther Akinsanya and her sister Mary Idowu, who remains in hospital.

Samuel, a photographer, described his mother as one of his muses.

“She wanted me to take more pictures of her in general, anytime she was going to a party she would say, ‘Sam, come on get your camera, take some pictures of me, I want to be like one of the models you take pictures of.’ I’m content with what I’ve taken of her, but sometimes I wish I took more.”

Both Esther and Mary worked longed hours helping to treat coronavirus patients, almost right up until they were eventually taken to hospital.

“They are tough women; they didn’t mention the dangers they just got on with their jobs. At the time, I’m assuming they’re wearing protective gear so I’m assuming they’re fine, they would come home, say a few things about the seriousness of it all, but not at one point did they show any fear, any signs of slowing down or suggestion that they were ready to quit, they just wanted to be careful to not bring anything home.”

The day after what would be her final shift on Thursday April 9, Samuel noticed a considerable change in his mum’s energy, but put it down to her workload. “That Friday, she was in bed quite a bit, but I was just thinking she was tired from work, that it had taken its toll but I didn’t think in any way that she had COVID because she didn’t really have symptoms.”

The following day, his aunt, who had undergone heart valve surgery three years prior, was taken to hospital where she was sedated. Just hours later a second ambulance came to their home, this time to take Esther to hospital. They both tested positive for COVID-19, the disease caused by the coronavirus. The two sisters would never speak again, Esther died five days after arriving at the hospital where she had worked.

In a video message announcing her death, Ben Travis, chief executive of Lewisham and Greenwich NHS Trust said, “It’s a desperately sad time and all our thoughts are with her family, loved ones and colleagues.”

Samuel and his younger sister have received an outpouring of love and support since their mother died, and have raised almost £22,000 (around $27,000) to pay for funeral costs.

“I wasn’t expecting that at all and it’s not just immediate friends and family, it’s literally people we don’t know and I feel like, it’s one less of a headache. My mum didn’t have life insurance, she didn’t have that kind of security in place to deal with a situation like this.”

As of today, Samuel’s aunt has been brought out of sedation but remains in hospital and unaware of her sister’s death. “She is improving, we just keep praying. She has a way to go but everything positive so far.”

He’s reeling from his mother’s death, but is slowly coming to terms with the reality of it. “I’m doing well, considering how fresh it is. The first few days, I had no control over my emotions, my body. Even when you want to tell your body that it will be fine, your heart is heavy because it knows.”

“My mother lit up a room when she walked in,” he said. “It was impossible not to like her.”