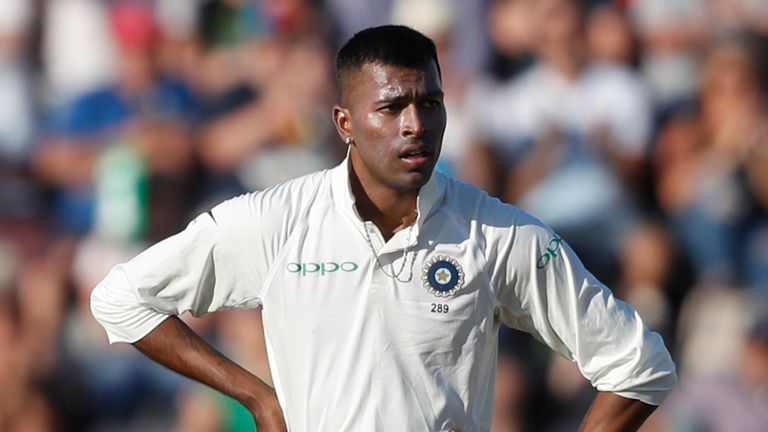 Hardik Pandya has been left out of India’s 20-man squad for the World Test Championship final and five-match Test tour of England this summer.

India go up against against New Zealand in the inaugural WTC final – a winner-takes-all Test match at The Ageas Bowl on June 18 – while their series against England gets underway on August 4.

On Friday, India named a 20-man group to make the trip, which includes opening batsman KL Rahul and back-up wicketkeeper Wriddhiman Saha, who are both listed as being ‘subject to fitness clearance’. A further four players have been put on ‘standby’.

Seam bowler Mohammed Shami and allrounder Ravindra Jadeja are back in the squad, having both sustained injuries on the winter tour of Australia which kept them out of the subsequent home series against England. Hanuma Vihari is also back in the squad.

Hardik is the most high-profile absentee. He has 11 Test caps to his name, with his four most recent appearances coming on English soil on India’s 2018 tour. Mystery spinner Kuldeep Yadav (seven Test caps) is another notable omission.

Rahul underwent surgery for appendicitis in early May after complaining of ‘severe abdomen pain’ during the Indian Premier League. Saha, the other player who has to prove his fitness in time for the tour, tested positive for Covid-19 on May 4, the same day the IPL was postponed indefinitely.

It is understood that Saha would have to undergo 14 days in isolation after returning a negative test but, as things stand, he is still exhibiting symptoms, including the loss of smell.

Virat Kohli’s side is expected to leave for England on June 2.