The company came under fire when they used female models to show off their new kit rather than players. 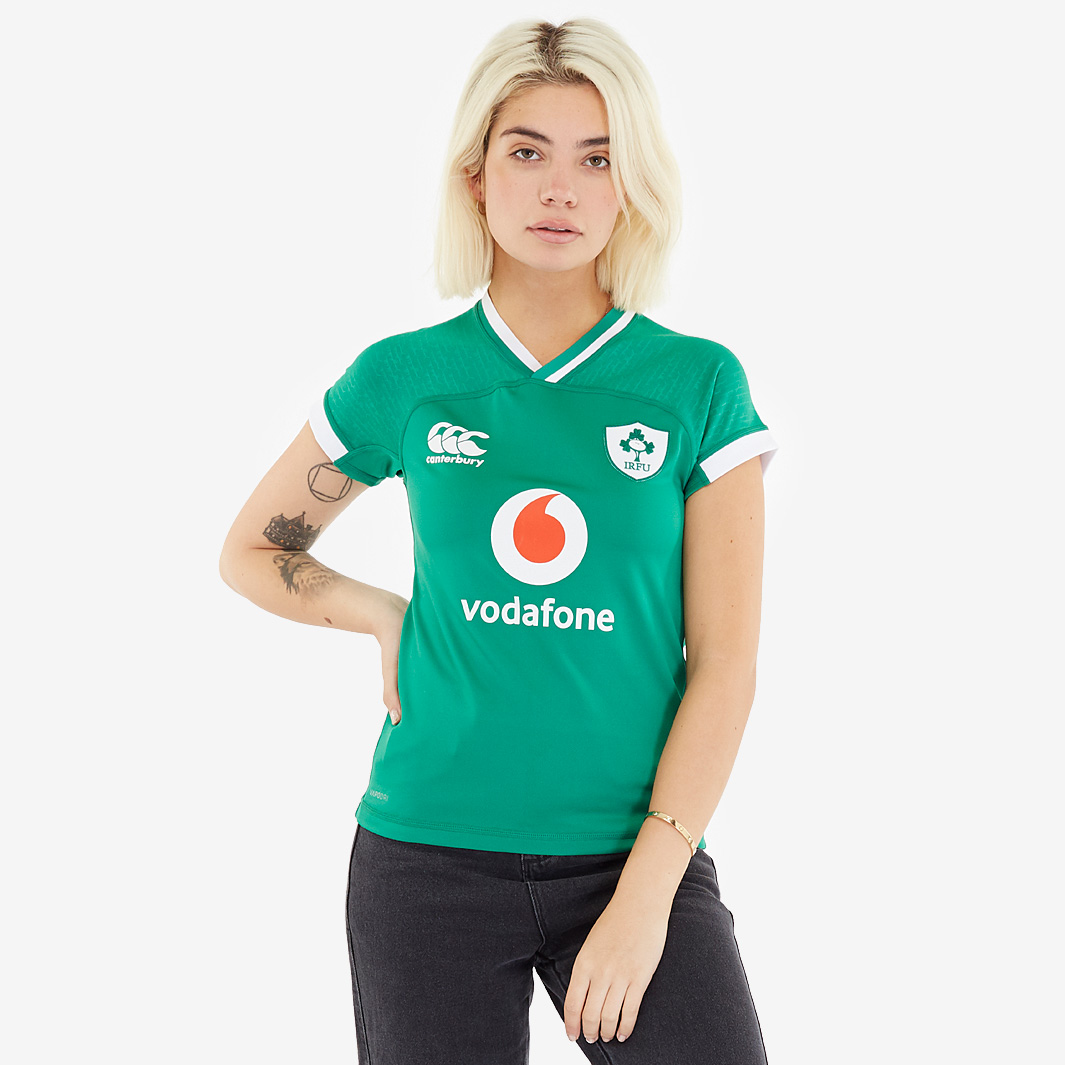 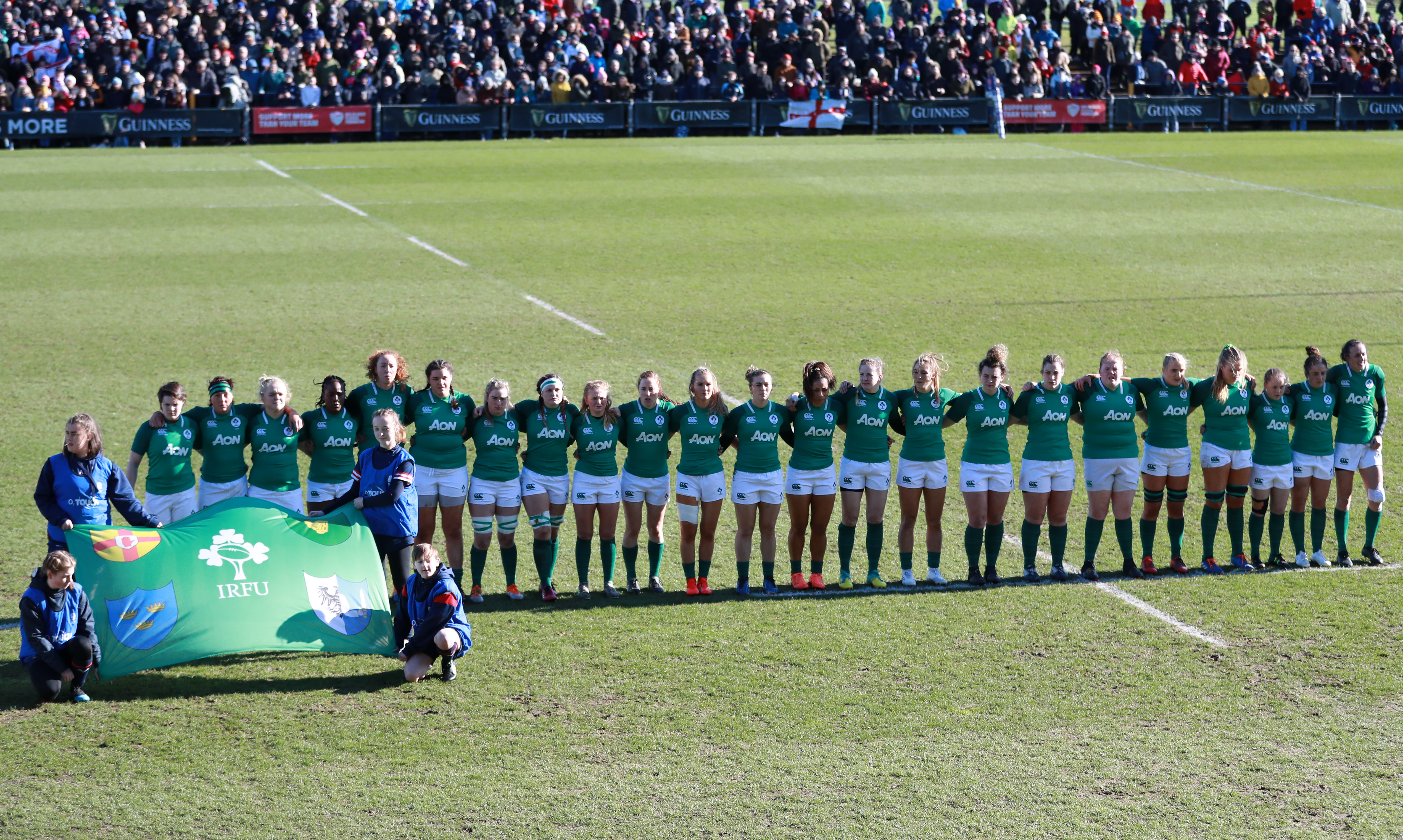 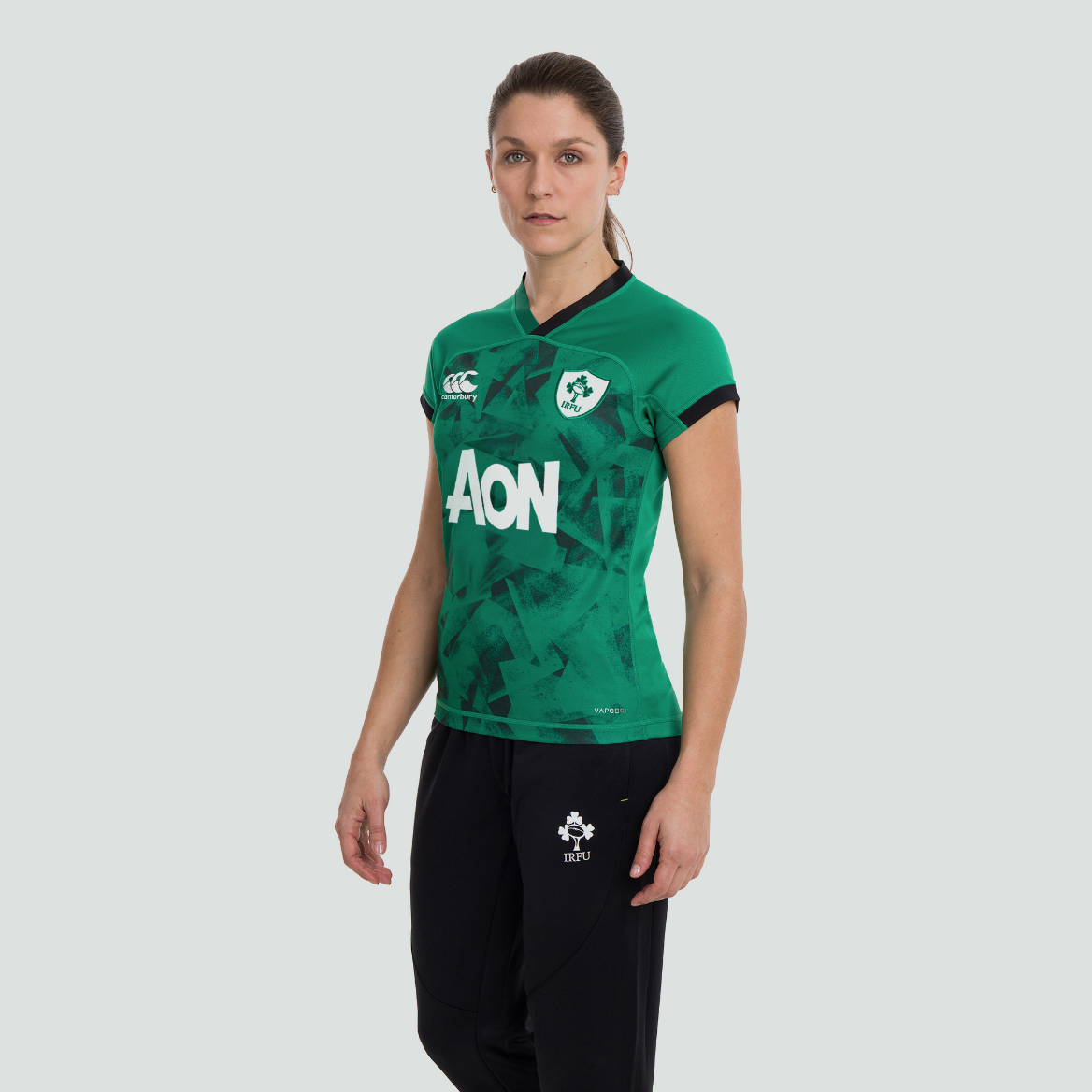 The stunt appeared to be in even poorer taste after male players WERE used to model the men's new strip.

And when the matter was brought to their attention the company initially said it was due to the women's jersey samples being halted in production.

At the time they said: "Due to Covid-19 our women’s jersey samples were halted in production, pushing back our women’s shoot.

"Keep an eye out in the coming weeks for the official women’s jersey launch.

"We were too excited not to show you this preview on launch day!"

But the company have since admitted they were "wrong" in a statement released on Thursday. 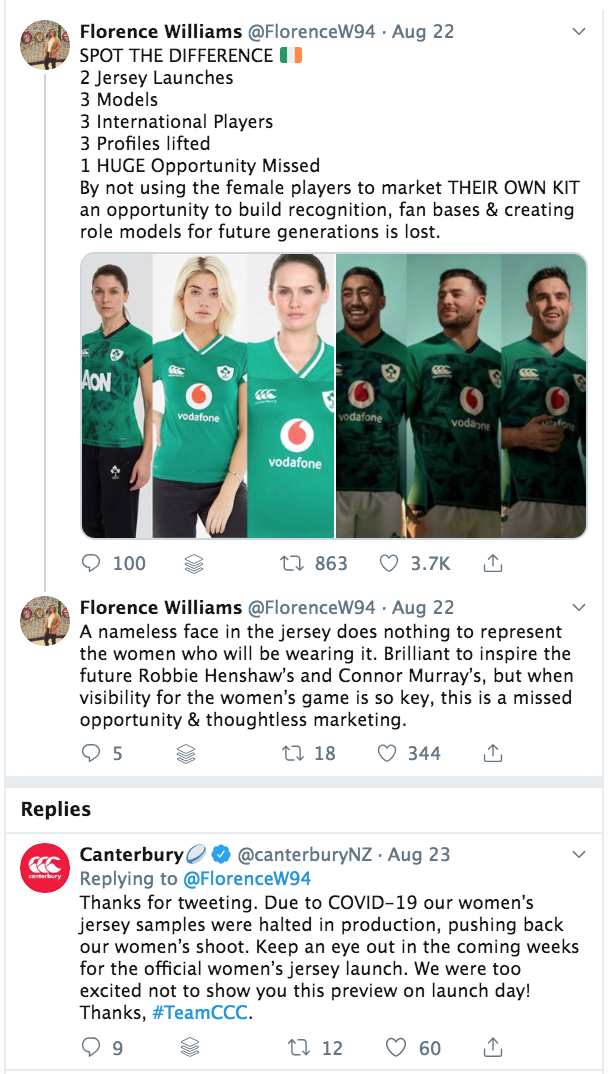 They said: "As a brand, we believe in putting our hands up if we get something wrong.

"To announce that our new Ireland Women's Pro jersey was available for pre-order, we super-imposed the jersey's image onto a model to share this exciting development with our dedicated female players and fans.

"It was always, and remains, our intention to photograph the female players in the new jersey and we remain committed to supporting the talented women in our rugby community on and off the field.

"While the image was primarily designed for our website, which also features male models, it has understandably caused some frustration.

"We accept that this was an error and apologise for any upset caused.

"At Canterbury we believe that rugby is for everyone and we're united by our mutual love of the game.

"We look forward to sharing our 'A New Horizon' campaign to support the launch of our Ireland Women's Pro jersey in October, with the same commitment and dedication that we have for all our teams."

The company also made pledges earlier in the day on their social media account saying that photoshoots in future will involve male and female players.

Canterbury added: "Our inbox is always open to hear from players regardless of gender, race, sexuality or belief – to listen and help towards equality in our sport."