Towards the end of Lovecraft Country’s first episode, there’s a moment when the real monsters are obscured in HBO’s new horror-filled series from showrunner Misha Green. As traveling trio Tic (Jonathan Majors), Uncle George (Courtney B. Vance) and Leti (Jurnee Smollett) are ambushed by gun-wielding racist cops, hellbent on making them pay for trespassing in their sundown town.

The travelers are marched into the woods and the adrenaline of will they or won’t make it is terrifying enough as the cops keep shotguns at their backs. But then another panic stirs in the dark night. Something equally wicked starts tearing off limbs and devouring heads. New monsters—more accurately the shoggoths, nocturnal tentacled creatures dreamed up by fantasy writer H.P. Lovecraft—have arrived.

“We’re in midst of fighting two pandemics. What we’re seeing is people are tired of them killing us. It literally comes down to that. Emmitt Till is Trayvon Martin. George Floyd, unfortunately. Breonna Taylor, unfortunately. These situations we’ve grown up with this. Our ancestors grew up in this,” says Smollett. “This systemic racism that the nation was built up on because it hasn’t been dismantled yet, we haven’t healed from it.” 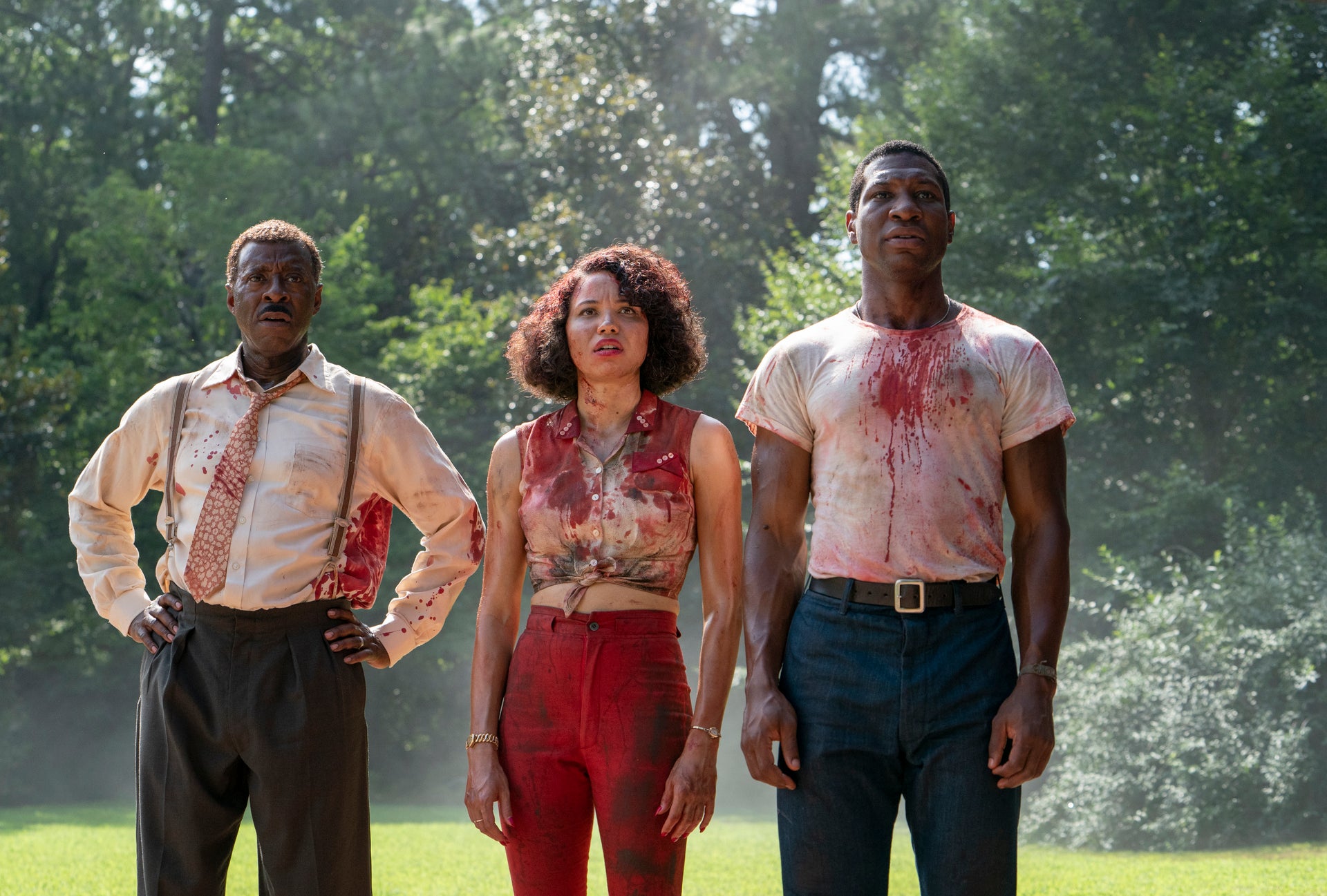 However, the Underground actress, knows her work—being a continued agent of change in how Black female characters are portrayed on screen—on the show has just begun. “What encourages me and excites me about being in a story like Lovecraft, it goes back to the widely quoted Nina Simone [who said]: ‘It’s the duty of the artist to reflect these times,’” she says.

Smollett continues: “Not only is the story timely but it’s also personal. It’s so deeply personal for us. I know what it’s like to feel displaced. I know what it’s like to have that great shock, that James Baldwin talks about. When you discover this nation, who you owe your identity to, right… has yet to create a space for you. I know this, this is the blood memory we talk about. I’m excited because I feel like Lovecraft Country contributes to this discussion. And doesn’t negate it.”