Justin Bieber gets ‘Peaches’ tattoo in honor of new album

HARV, pen behind Justin Bieber’s ‘Peaches,’ revels in his first No. 1 hit

Justin Bieber chose the ultimate pick-me-up tune to perform for a group of inmates.

TMZ reported the out-of-touch pop star visited California State Prison in L.A. County last month and performed his depressing track “Lonely” for a small group of prisoners, who definitely had no problem relating to a song about the struggles of fame and most certainly wanted to be reminded of their loneliness behind bars.

“What if you had it all / But nobody to call? / Maybe then you’d know me,” he croons in the song. “‘Cause I’ve had everything / But no one’s listening / And that’s just f–king lonely.”

Despite the depressing message, some of the inmates can be seen bopping along to the song.

The outlet also noted the 27-year-old crooner sang three other songs from his repertoire, but it’s unknown which he selected.

Bieber’s visit to the incarcerated was in support of the prison’s faith-based programs.

His visit also included him sitting in a circle with a group in the prison yard and listening to speakers, which was part of his mission to spread the gospel. 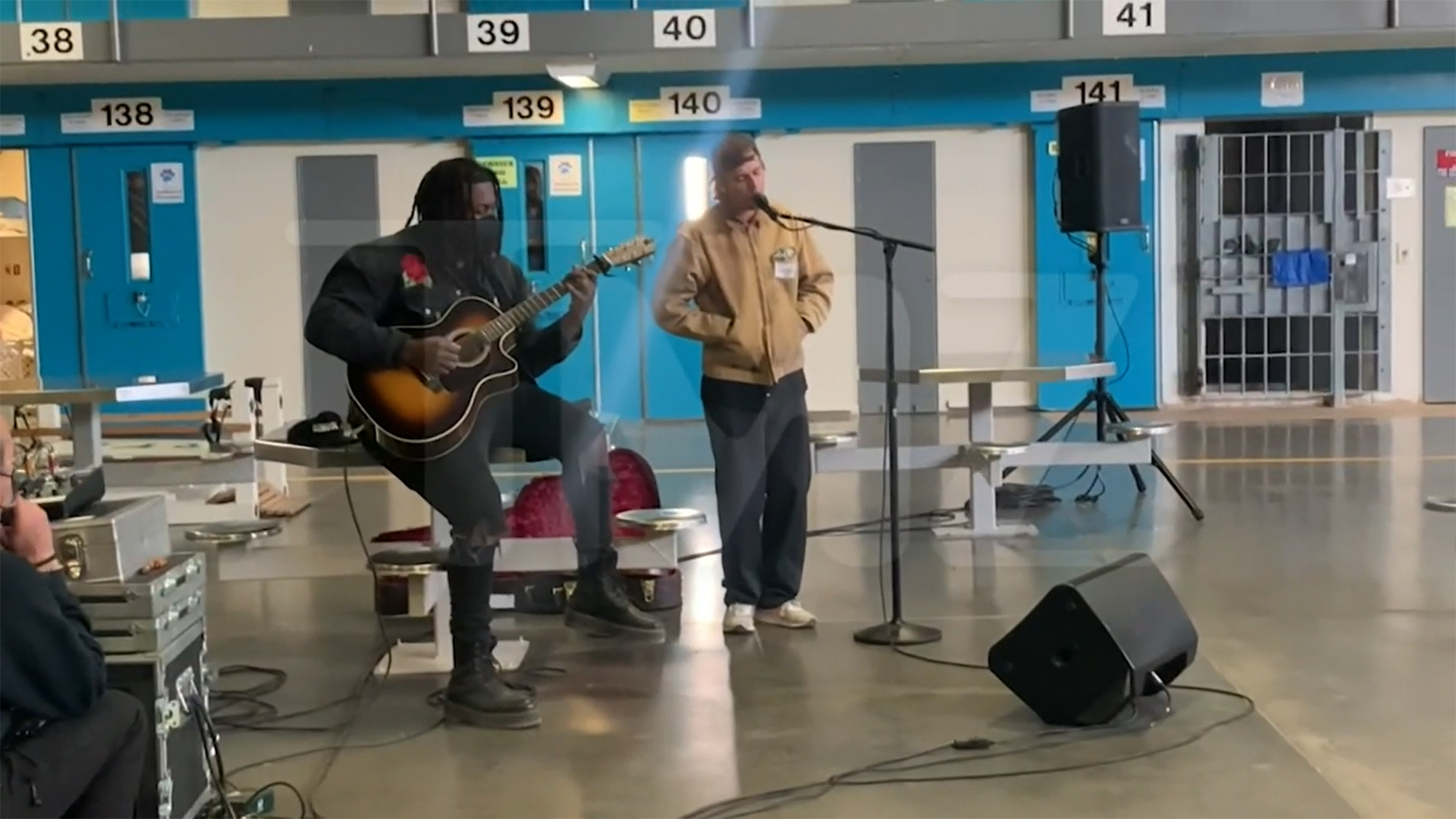 The religious singer recently spoke out against pastors who “put themselves on this pedestal” amid controversy surrounding Bieber’s former church, Hillsong.

“I think so many pastors put themselves on this pedestal,” the devout songwriter told GQ without making a direct reference to Carl Lentz, the disgraced former Hillsong megachurch pastor whom Bieber once counted among his best friends.

“[It’s] basically, church can be surrounded around the man, the pastor, the guy, and it’s like, ‘This guy has this ultimate relationship with God that we all want but we can’t get because we’re not this guy,’” Bieber said.

“That’s not the reality, though. The reality is, every human being has the same access to God.”