Feeling good as hell! Lizzo broke down in tears accepting the award for Best Competition Program for her show Lizzo’s Watch Out for the Big Grrrls at the 74th Primetime Emmy Awards in L.A.

“The trophy is nice but my emotion is for these people who are on this stage with me, the stories that they shared,” the 34-year-old “About Damn Time” singer said during the Monday, September 12, awards show. “They’re not that unique, they just don’t get the platform. … Let’s just tell more stories.”

The Michigan native also spoke about what diverse representation in film and television means to her personally. 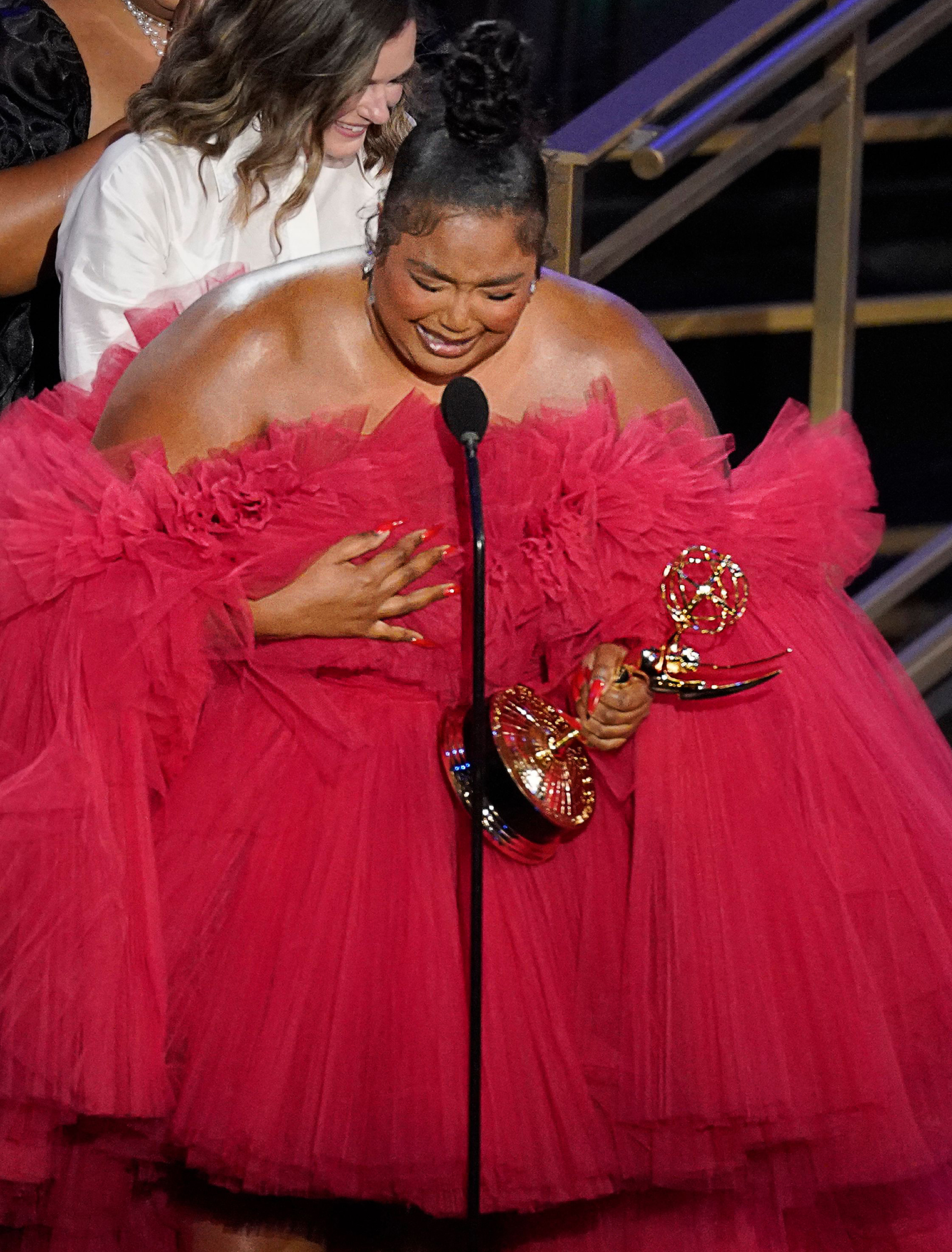 “When I was a little girl, all I wanted to see was me in the media. Someone fat like me, Black like me, beautiful like me,” she said to cheers from the audience at the Microsoft Theater. “If I could go back and tell little Lizzo something, I’d be like, ‘You gonna see that person but, bitch, it’s gonna have to be you.’”

Lizzo concluded her speech by asking the crowd to “make some noise for my big girls.” Several contestants from the Amazon Prime series — which follows 13 women competing to be dancers for the “Juice” singer — were seated in the audience.

In an August conversation with Deadline, the “Truth Hurts” songstress was asked if she’d preemptively planned her Emmys acceptance speech. 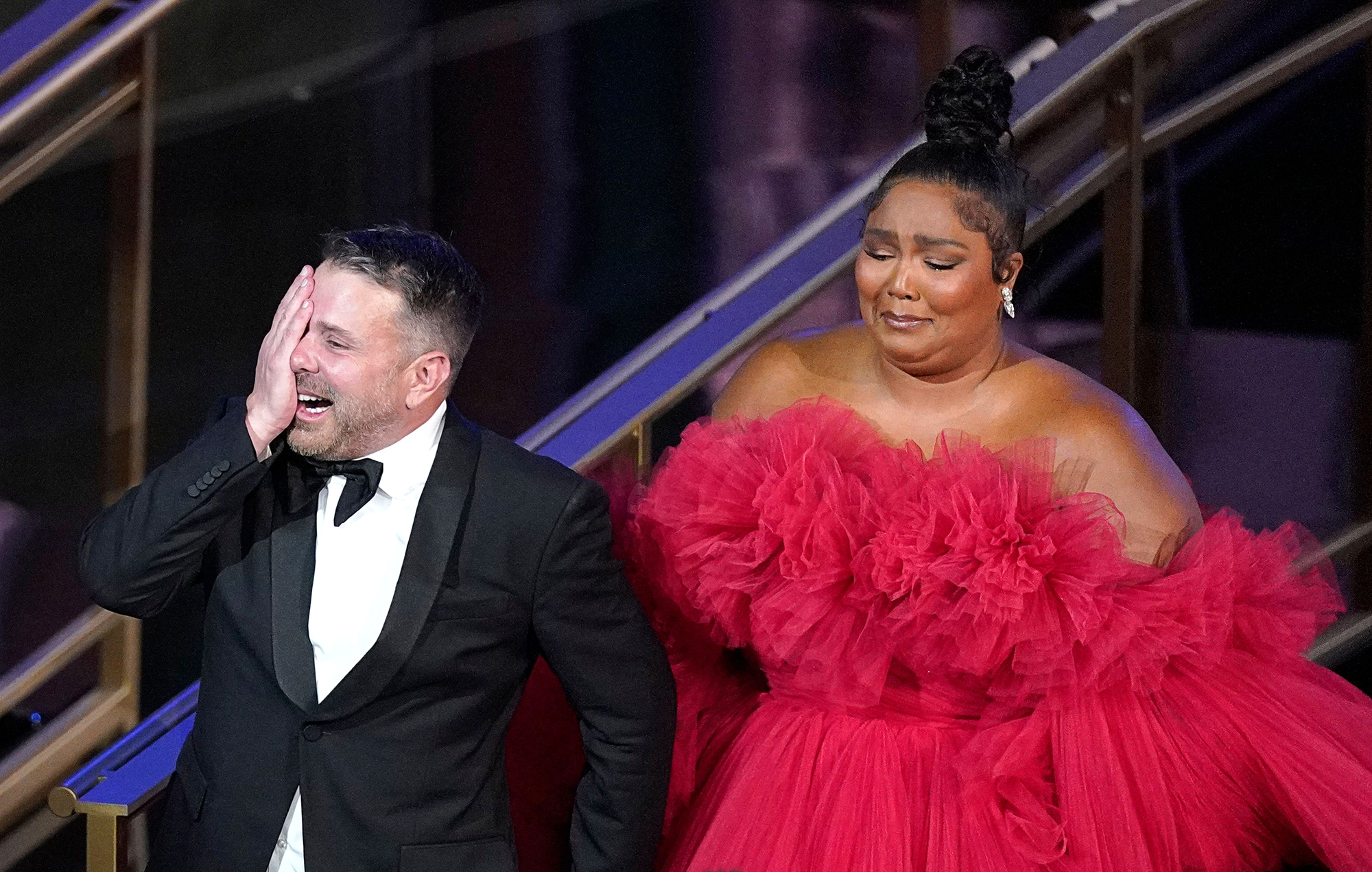 The University of Houston alum opted for a flowy, red dress with a long train and statement sleeves for the prestigious television event. Her competitors in the Best Competition Program category were RuPaul’s Drag Race, Nailed It, The Amazing Race, The Voice and Top Chef.

Lizzo told Deadline that when her manager called her to tell her she’d be nominated for an Emmy, she ignored the call at first. “I was in glam and editing videos,” she explained, adding that when she finally received the news, it was a “great way to start the day.”

She also told the outlet “the sky is literally the limit” for what she would want to do if Lizzo’s Watch Out for the Big Grrrls gets a second season. “I’m definitely all about changing things up,” she said.