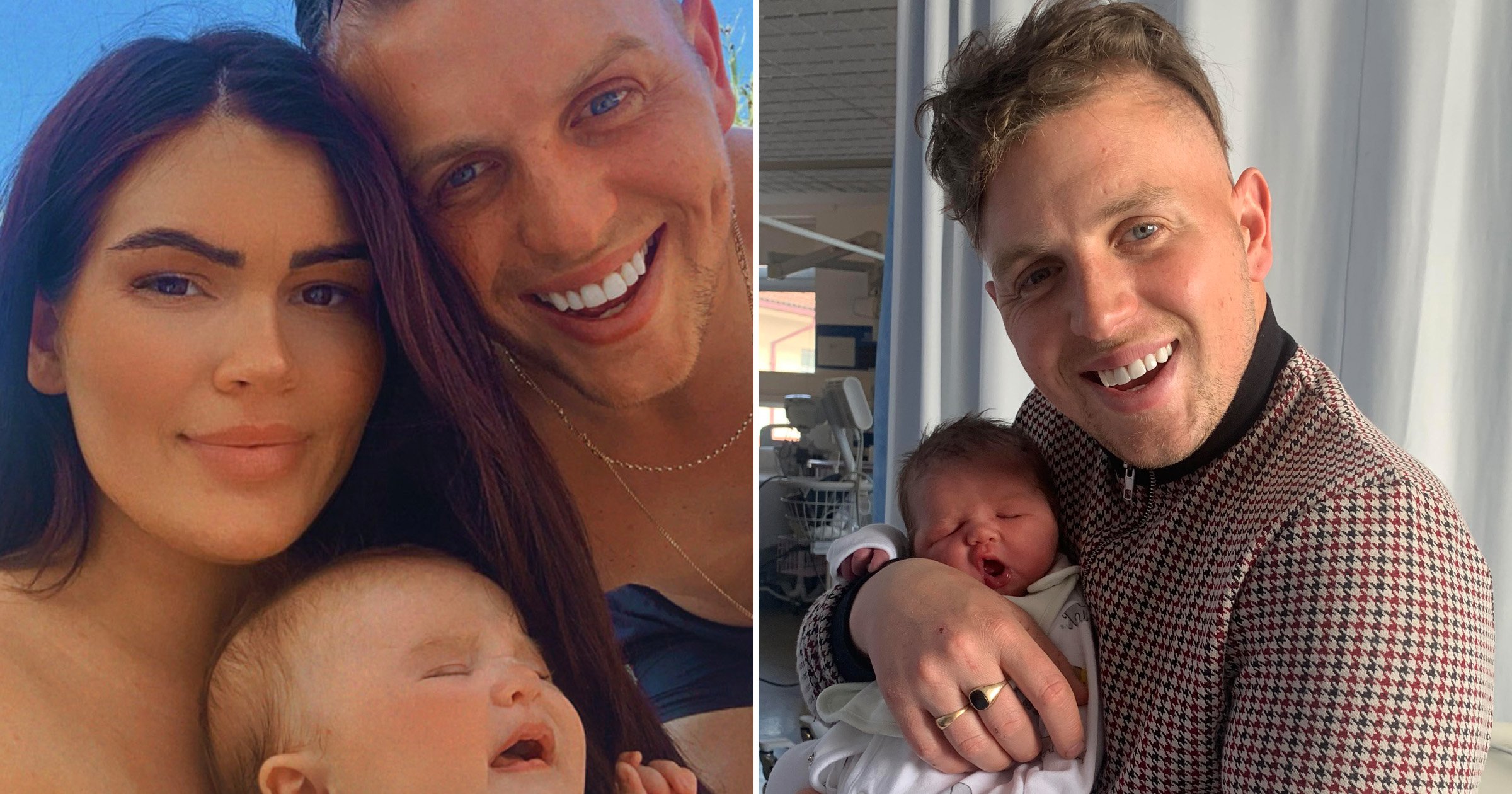 A man thought to have endured the world’s largest number of chemotherapy sessions has defied the odds to welcome his first baby.

Jonathan Jones was diagnosed with a cancerous brain tumour at 17 – and now aged just 32 has had a staggering 170 rounds of chemo to keep it at bay.

But, despite being told he may never father children and freezing his sperm when just a teen, he recently welcomed his first child – and cute tot JJ was conceived naturally.

‘I had always wanted to be a dad, but I didn’t think I would ever have a child as I have had over 170 rounds of chemo,’ says Jonathan.

‘JJ is an absolute miracle and was conceived naturally, although we were looking into IVF. I really think my story will inspire other people to remain strong and hopeful.’

Looking back on his schooldays, Jonathan believes the brain tumour may have been changing his personality even at the age of five or six.

He was expelled from five schools and began to get in trouble with the police as a teenager.

But little did his friends and family know that a deadly brain tumour was taking over Jonathan’s left temporal lobe – the part of the brain responsible for behaviour.

Jonathan’s mum Alison Keen, 55, was convinced there was something not right with her boy and kept fighting for a diagnosis.

At one point during she was so desperate for help she even took him to The Priory and begged them to section him – but they told her there was nothing psychologically wrong with her son.

At the end of her tether, she even called the Jeremy Kyle Show, but in the car on the way there Jonathan refused to go on TV.

At 17, things took a turn for the better and he seemed to stabilise. As a reward he was sent on a trip to Hong Kong with a friend and his family.

‘It was a turning point,’ says Jonathan. ‘I suffered terrible headaches whilst I was there.

‘I put it down to jet lag and drinking alcohol. Ironically drinking was the best thing I could have done for my symptoms as it dehydrated me which in turn reduced the swelling in my brain.’

When he returned, he went on a trip to Newquay to celebrate finishing school but things went from bad to worse and he was so poorly had to be driven home.

‘That was the last time I was able to get out of bed,’ Jonathan recalls.

‘My mum and stepdad took me to hospital and demanded they check the pressure behind my eyes. Apparently this was normal.

‘They then took me to the doctors on many occasions and I was told either that I had a hangover or a viral infection. My family were frantic.’

Jonathan’s mum took him back to the doctors at the end of July 2007 and demanded a brain scan.

The consultant looked into his eyes, said nothing and ran out of the room to order an urgent MRI scan.

Within the hour he was diagnosed with a brain tumour the size of an orange.

Surgeons cancelled other patients to get Jonathan into surgery at University Hospital Coventry.

Jonathan’s mum was told there was a 30% he would die on the operating table, and that if the tumour had been left another two weeks it would have killed him.

Seven hours of surgery later, 98% of the huge growth had been removed.

It was tested and revealed to be a cancerous Oligodendroglioma and Jonathan was given radiotherapy.

Doctors told him he would need chemo for the rest of his life to keep the tumour at bay and he has been on chemo drugs ever since – with 2021 his 14th year of treatment.

He is now on four-weekly cycles, to be extended to six-weekly as he gets older.

Worried about his fertility, Jonathan also had his sperm frozen when he was diagnosed in case he wanted to become a dad at a later date.

He got married in his 20s and was with that partner for ten years, but they split up and Jonathan met Danielle Taylor in a bar in Birmingham in 2019.

‘It was instant,’ says Jonathan. ‘I had given up on meeting people. She was different.’

Personal trainer Danielle, 31, says: ‘When he told me about the brain tumour he thought I’d be put off. It just made me want to get to know him even more.

‘I just thought, “What an amazing guy.” That was it for me. He’s just one in a million.’

The couple had an unplanned pregnancy after five months and were devastated to miscarry, so they planned to do IVF after consulting with their GP.

But amazingly they conceived naturally again after six months.

Their son JJ was born in May this year.

Danielle has two kids from a previous relationship – Brody, five, and Sophia, seven – and they now want another baby next year.

Jonathan has taken part in charity runs and also set up his own clothing business called No Brainer, with part of the proceeds going to the Brain Tumour Charity.

‘To be able to raise awareness and give hope means the world to me,’ he says.

‘With JJ and Danielle, my life aside from the chemo is perfect. JJ is such a blessing.’