A Scottish man recently got a blast from the past with a wallet he lost two decades ago.

Ryan Seymour, 37, lost his wallet at a pub in 2001 and he finally recovered it on Saturday, May 29, according to the New York Post.

In several detailed tweets shared by Seymour, he was first contacted by Dunfermline Police in late April about the recovered item.

The message he received at the time described an embossed black wallet that contained “a work pass and cards which expired [in] 2004,” according to an officer named Gillian.

When Seymour finally retrieved his long-lost wallet, he found it still held his Bank of Scotland ID card, a home rental membership card to Spar, a Fife Council library card and a One Stop Phone Shop redemption card for “unlimited ring tones & logos.”

Seymour noted in a tweet that the weathered wallet also contained his “bank cards and stuff,” but no cash remained.

In his own words, he called the wallet: “A proper time capsule” 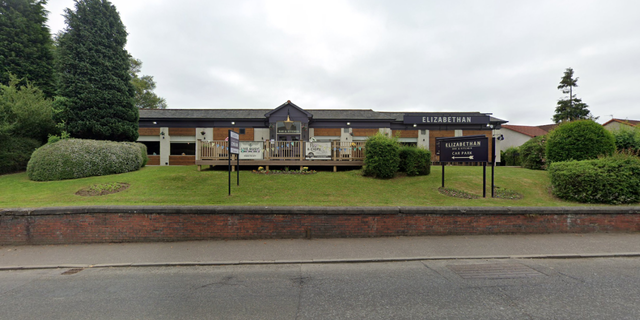 The Elizabethan is located at 110 Halbeath Road in Dunfermline, U.K. This Scottish restaurant and pub is where Ryan Seymour’s stolen wallet was found, which was said to be discovered in a nearby hedge. (Google Maps)

The elusive wallet in question was stolen at The Elizabethan, a pub and restaurant in the town of Dunfermline. Seymour wrote he accidently left the wallet behind in a toilet cubicle 20 years ago, in a message obtained by the New York Post. The wallet was found sitting in a hedge not far from the pub before it was handed in to authorities.

“I have the wallet in my hand now. It’s in surprisingly good shape considering it’s been in a hedge all these years. [It] survived so many Scottish winters,” Seymour wrote to Fox News via Twitter. “Some of the cards have seen better days of course but apart from a few cobwebs it’s good to go. Might even start using it again!”

The amount of money Seymour carried the night he lost his wallet was £60, which is equivalent to roughly $85.05, according to Morningstar conversion rates. 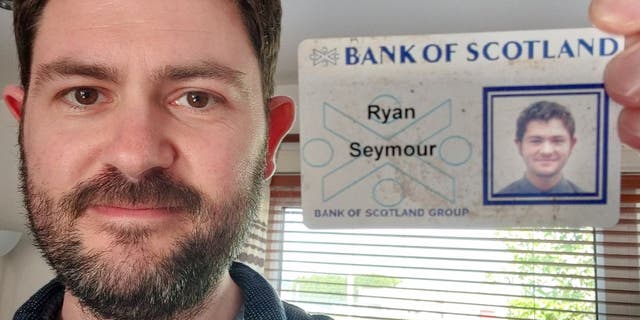 Ryan Seymour, 37, poses beside his younger self with his old Bank of Scotland ID card. The card was lost 20 years ago when Seymour’s wallet was stolen in a pub bathroom. (Ryan Seymour)

Seymour told the Daily Mail that he recalls the exact amount because it was a running inside joke he had with the friend who was with him the night his wallet was snatched.

Researchers at the University of Michigan conducted an international study in 2019 that examined 17,303 cases of lost wallets. The behavioral scientists who worked on the study found that 72% of the wallets that contained a “large sum of money” of around $94.15 were returned across 40 countries.