In the future, you may be sat at a desk or a table inside your house and working remotely.

But you’ll be doing it in virtual reality with an Oculus Rift visor strapped to you face and all your colleagues working as avatars next to you.

That’s because as well as running WhatsApp and Instagram, Facebook also owns Oculus – the virtual reality platform that kicked off with video games a few years ago.

In an interview with CBS in the US today, Zuckerberg revealed ‘Horizon Workrooms’ which are, effectively, virtual offices for workers to inhabit.

Amusingly, he did so over virtual reality that led to the interesting sight of Zuckerberg and CBS host Gayle King both wearing headsets and talking to each other. 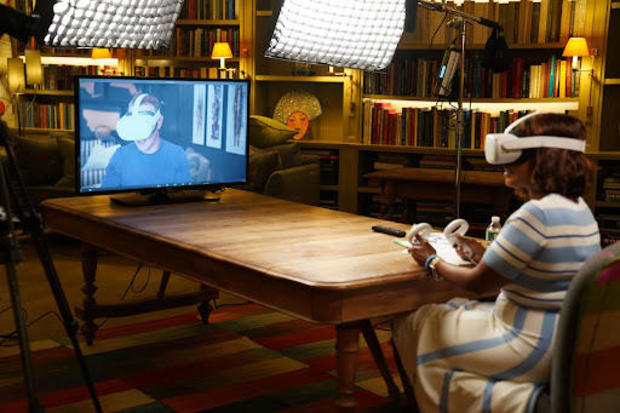 ‘So I think of the metaverse as the next generation of the internet,’ Zuckerberg said. ‘So you can kind of think about it as, instead of being an internet that we look at, right, on our mobile phones or our computer screens, it’s an internet that we are a part of, or that we can be inside of.’

Workers using Horizon Workrooms can design avatars of themselves and use hand gestures inside the matrix thanks to the wireless Oculus controllers that come with the VR headset.

According to Zuckerberg, Facebook has been working on this since before the pandemic hit. But with Covid-19 accelerating the work from home revolution, the idea of collaborating virtually may not be as silly as you’d first assume.

‘Right now, I think people think about us as a social media company, and understandably,’ Zuckerberg said.

‘But I think, you know, five years from now, if we do our job well here, people will think about us primarily as a metaverse company.’

The Facebook CEO continued: ‘There’s an important place for offices for people to come together, but I also think that there’s an important place for people who may not want to move to an expensive city, may want to stay with their family or where they grew up, but also wanna get access to opportunities that maybe historically would have only been in New York or in L.A. or in one of these bigger cities.’ 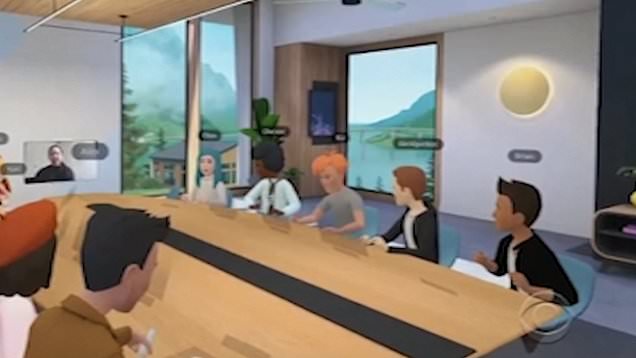 ‘So, you know, all these tools, whether it’s video conferencing, or, you know, eventually being able to collaborate better in the metaverse, in products like Workrooms, what we built here, I think is all just part of this progression of giving people more freedom to live where they want.’