Mice engage in social distancing and resist the urge to mate when they detect signs of sickness, neuroscientists at Massachusetts Institute of Technology (MIT) show.

In lab tests, male mice interacted very little with female mice that showed signs of illness and made no attempts to mate with them as they normally would.

The behaviour is controlled by a circuit in the amygdala, a small almond-shaped cluster of neurons located in each side of the brain, and triggered by distinctive chemical odors from sick animals, the experts say.

A growing body of research shows birds, monkeys, fish and even insects like bees will studiously avoid members of their society if they perceive them to be sick. 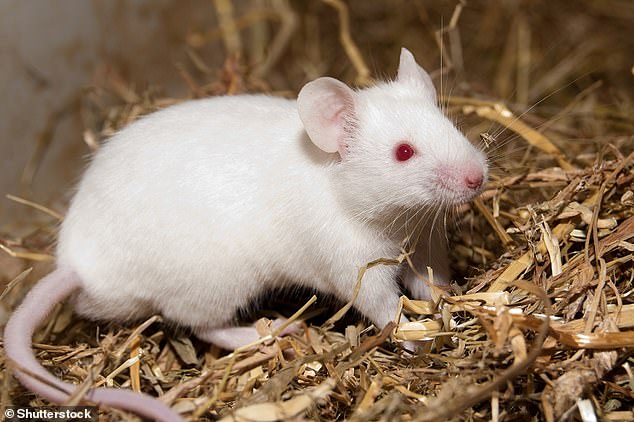 Wild vampire bats socially distance when they are sick by spending less time in their community, a 2020 study shows.

In the wild, US researchers injected bats with endotoxins, which stimulate an immune response, fixed them with proximity sensors and recorded their movements.

The sick creatures associated with fewer group mates, spent less time with others, and were less socially connected to healthy group mates, they found.

The experts say sickness-induced social distancing in animals does not require cooperation from others and is probably common across species.

Read more: Vampire bats socially distance when they are sick

‘As a community, it’s very important for animals to be able to socially distance themselves from sick individuals,’ said study author Gloria Choi, an associate professor of brain and cognitive sciences at MIT.

‘Especially in species like mice, where mating is instinctively driven, it’s imperative to be able to have a mechanism that can shut it down when the risk is high.’

Behaviours such as mating and fighting are innately programmed for some animals, meaning they automatically engage in them when certain stimuli are present.

However, there is evidence that under certain circumstances, these behaviours can be overridden.

‘We wanted to see whether there’s a brain mechanism that would be engaged when an animal encounters a sick member of the same species that would modulate these innate, automatic social behaviours,’ said Professor Choi.

Previous studies have shown that mice can distinguish between healthy mice and mice that have been injected with a bacterial component called lipopolysaccharides (LPS), also known as endotoxins, which induces mild inflammation when given at a low dose.

To explore whether mice would change their innate behaviour when exposed to sick animals, the researchers placed male mice in the same cage with either a healthy female or a female that was showing LPS-induced signs of illness.

Males engaged much less with the sick females and no such bias was observed when males were given a choice between two untreated healthy female mice.

This is because sick mice release pheromones that travel in the air and allow others to tell when they’re ill.

Key to this is an organ in the olfactory system called Jacobson’s organ, also known as the vomeronasal organ (VNO).

WHAT IS JACOBSON’S ORGAN?

Jacobson’s organ, also known as the vomeronasal organ (VNO) is a structure located in the the nasal septum and is part of the olfactory system.

Jacobson’s organ, together with its associated structures, has been shown to play a role in the formation of social and sexual behavior in animals.

It was first described as a structure by the Dutch botanist and anatomist Frederik Ruysch in 1703 while dissecting a young human body.

Jacobson’s organ, which evolved specifically to perceive pheromones, feeds into a part of the amygdala called the COApm.

The team found that this region is activated by the presence of LPS-injected animals.

Further experiments revealed that activity in the COApm is necessary to suppress the males’ mating behaviour in the presence of sick females.

When COApm activity was turned off, males would try to mate with sick females, they found – showing how essential COApm really is for social distancing.

Amazingly, artificially stimulating COApm suppressed mating behaviour in males even when they were around healthy females.

The researchers also showed that the COApm communicates with another part of the amygdala called the medial amygdala.

TRH is already known to stimulate the release of thyroid-stimulating hormone (TSH), which itself stimulates the thyroid gland in the neck.

The link to TRH is intriguing, according to Professor Choi, because thyroid dysfunction has been implicated in depression and social withdrawal in humans.

She now plans to explore the possibility that internal factors, such as mental state, can alter TRH levels in the COApm circuits to modulate social behaviour.

‘This is something we are trying to probe in the future: whether there’s a link between thyroid dysfunction and modulation of this amygdala circuit that controls social behaviour,’ she said.

This study is part of a larger effort in Choi’s lab to study the role of neuro-immune interactions in coordinating ‘sickness behaviours’.

One area they are investigating is whether pathogens try to exert control over the animals’ behaviour and stimulate them to socialise more, allowing viruses or bacteria to spread further.

Professor Choi’s lab has previously studied how illness influences behaviour and neurological development in mice, including the development of autism-like behaviours following maternal illness during pregnancy.

The new study has been published today in Nature.

Six paws apart! From vampire bats to honeybees, many animals practice social distancing when illness is detected in their group 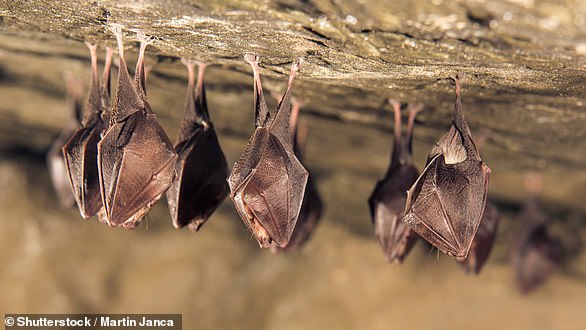 Many animals practice social distancing when illness is detected in their group; Vampire bats will stop grooming sick groupmates, but continue providing food for them

We’ve all become familiar with the concept of social distancing in the last year.

But the animal kingdom has been practicing the health recommendation all along, according to a growing body of research.

Birds, monkeys, fish and even insects will studiously avoid members of their society if they perceive them to be sick.

Some animals will notice certain behaviours, like sluggishness or a lack of appetite.

In other cases, they’ve evolved a heightened awareness of biochemical markers.

Vampire bats, for example, will stop grooming sick groupmates, but continue providing food for them

The Caribbean spiny lobster can detect a specific chemical in the urine of sick lobsters and will avoid them at almost any cost.

The social crustaceans normally pack together tightly in coral or rocky crevices.

If they sense illness, healthy lobsters may flee for open waters, where they’re at much higher risk of getting eaten.

Social distancing is a ‘dangerous prospect’ for them, Dana Hawley, a biologist at the Virginia Polytechnic Institute, told Science magazine.

But it’s outweighed by the risk of contracting Panulirus argus virus 1, a pathogen that kills up to half the young lobsters it infects.

House finches will avoid birds that appear sick, too, but it depends on the health of their own immune system.

In a report published in Biology Letters in 2013, researchers placed healthy finches next to ones that were given an injection that made them act lethargic. 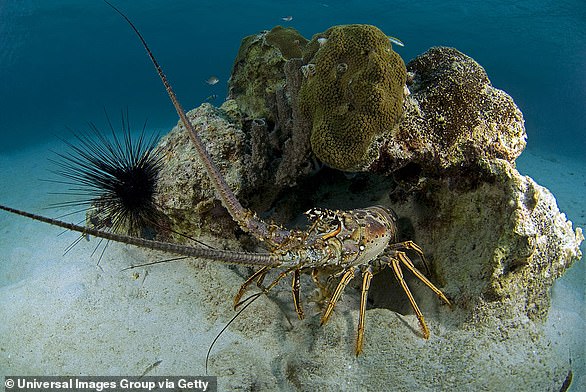 The Caribbean spiny lobster can detect a specific chemical in the urine of sick lobsters and will avoid them at almost any cost. When scientists used Krazy Glue to block the infected lobsters’ urine-releasing organs, their healthy neighbors stopped avoiding them

Chicks with higher levels of antibodies showed less aversion, while those with weaker immune responses avoided the ‘ill’ birds like the plague.

Wild mandrills don’t shun their sick friends, but they will stop grooming other monkeys if they’re infested with parasites.

The bugs can’t be seen, but they give mandrill feces a distinct odor that works as a warning sign.

Scientists found that if they cured the infected monkeys of the parasites, their friends resumed socializing with them, Hawley and behavioural ecologist Andrea Townsend wrote this week in the Proceedings of the Royal Society B.

Vampire bats will also stop grooming sick groupmates, but they’ll continue providing food for them. This lessens the risk of contagion while preserving the larger social structure, says Hawley.

In the insect world, many species even practice self-isolation.

Often in insect colonies, individual members are closely related to one another, ‘more so than in human family groups,’ said Townsend.

‘So, it can be to the benefit of an individual to sacrifice itself to protect its larger family.’

Sick garden ants will avoid contact with healthy members of their colony. They may even leave the colony to die.

And termites exposed to toxic fungus have been known to sound a ‘pathogen alarm,’ vibrating their bodies to shoo away uninfected nestmates.

When honeybee larva are infected with bacteria, they emit chemicals that other bees can detect. The colony will then eject the sick member from the hive.

That’s a bit extreme for most humans but the takeaway, Hawley says, ‘is that social distancing works.’

‘Anytime we see a behaviour that has evolved again and again in unrelated types of animals, that’s a signal that even though social distancing is a very costly behaviour, the benefits clearly outweigh the costs.’