Atlassian co-founder Mike Cannon-Brookes and wife Annie have pledged to donate and invest $1.5 billion on climate projects by 2030 to reinforce the COP26 goal of spurring global action to limit global warming to 1.5 degrees above pre-industrial levels.

The couple will spend $1 billion on investments in green technology businesses and another $500 million on donations towards philanthropic organisations, think tanks, institutes and civil society organisations working on the climate crisis, he told The Sydney Morning Herald and The Age. 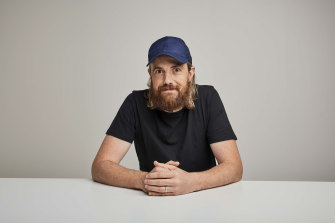 He said Atlassian would also bring forward its net zero goal from 2050 to 2040.

Mr Cannon-Brooks said he believed that the 2050 net zero target locked in by most developed economies and preferred by the Australian government was already a “done deal”, and that ambitious 2030 targets were now far more important.

He has not yet decided where to direct the funds but said the $1 billion-odd he has already put into clean economy ventures before this new pledge indicated the sort of projects the couple may back. 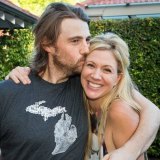 Mike and Annie Cannon-Brookes have pledged to keep spending on climate change.

Mr Cannon-Brookes and Andrew “Twiggy” Forest are lead investors in the $20 billion Sun Cable project, which plans to sell solar power to Singapore via a cable from what would be the world’s largest solar farm in the Northern Territory, as well as ventures to make solar cells cheaper and more efficient.

To deepen its emissions cuts Atlassian, a software giant, has already met a target to shift to 100 per cent renewable energy by 2025. It plans to make its data-centres more efficient, reduce business travel and develop more efficient buildings for its staff around the world.

“COP26 is obviously an incredibly important moment in the history of humanity, and it’s all about countries, governments, businesses and individuals coming together trying to solve this huge problem,” he said.

The commitment comes as another group of Australian chief executives calling itself the Climate Leaders Coalition commits to strong decarbonisation efforts by 2030, signing on to a roadmap to act as a guide for business leaders to reduce emissions.

The CLC was founded with the B-Team Australasia, a regional arm of a group of “purpose driven” business leaders created by Sir Richard Branson.

“We need the collective wisdom of governments, corporations, academics, not-for-profits, small businesses and the entire community to solve this challenge with practical solutions. Every country in the world must play its part without exception,” said David Thodey, co-chair of the group and chairman of the CSIRO.

Signatories from 33 companies which account for around 22 per cent of Australian domestic greenhouse gas emissions have committed to measuring their environmental footprint and working with suppliers and customers to encourage them to reduce their emissions.

The group, which includes companies as diverse as Fortescue Metals, Microsoft Australia and Unilever, says it supports the Paris Agreement and Australia’s commitment to it, “including the objective to keep global warming to well below 2 degrees above pre-industrial levels”.

The roadmap does not mention the more ambitious Paris target of 1.5 degrees.

“We believe that a responsible and equitable transition to a low emissions economy is an opportunity to improve Australia’s prosperity,” says the group’s charter of commitments.

Fascinating answers to perplexing questions delivered to your inbox every week. Sign up to get our new Explainer newsletter here.

Most Viewed in Environment