MIKE TYSON has celebrated 4/20 day by sparking up a huge joint – and revealed he would have loved to have shared one with Bob Marley.

The boxing icon famously loves to smoke cannabis after opening up his own ranch to grow 400-acres of grass – blazing £32,000-worth a month in the process. 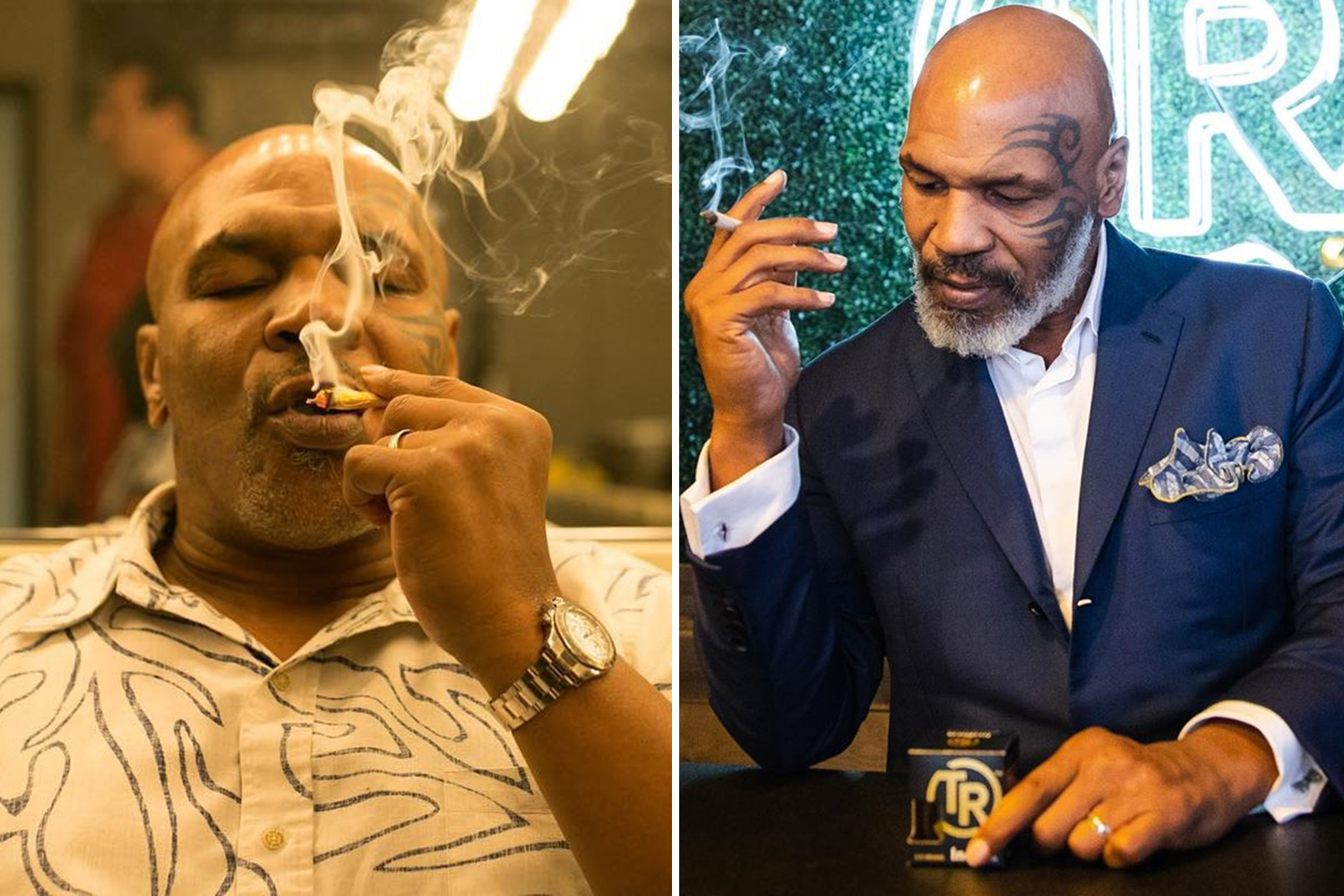 The 53-year-old also makes a staggering £500,000-a-MONTH from his business – and sells to buyers all across America.

And the former heavyweight champion of the world has told how he is celebrating the famous marijuana smoking day.

Tyson said to TMZ: "The first thing I do, I wake up in the morning, I smoke this beautiful Tyson ranch cannabis.

"We're celebrating this wonderful achievement of 4/20 day. It's a holiday, a celebration.

"It's something I can't even imagine. Pretty much every day is 4/20 day at the Tyson ranch.

"The actual day is something to be remembered. This is the start of a revolution that's been going on for 30 or 40 years.

"Cannabis is the drug of the world, the medicine of the world so to speak. It's about love."

The 4/20 day – held annually – is usually celebrated in London's Hyde Park in the UK, to promote the legalisation of weed.

Meanwhile, Tyson also revealed he would have loved to shared a spliff with legendary musician Marley who died in 1981.

He added: "With the king Bob Marley, there's no doubt.

"I've partook with his children. I've been to the Marley estate in Jamaica.

"I had the privilege to experience the history of the Marley family.

"It was so amazing. I went to the house that he lived in when he was a young boy coming up in the music world.

"He's such an amazing man. I wished I'd had the opportunity to meet him."