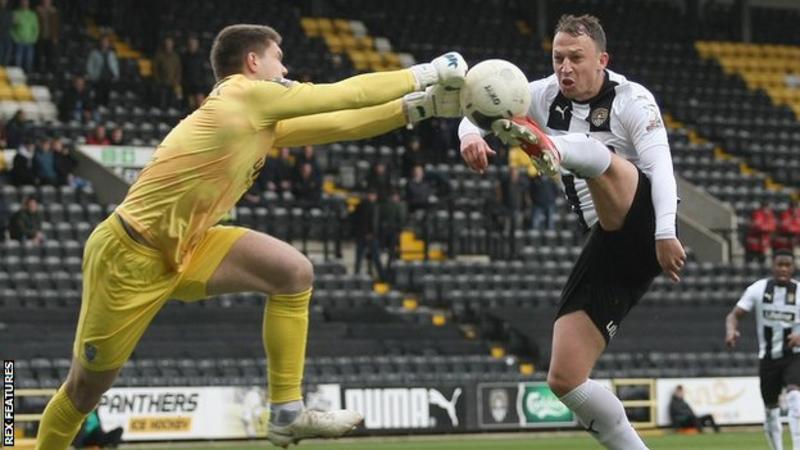 National League clubs have voted to end the regular season at its current point, with promotion and relegation outcomes “under careful consideration”.

The league’s board had urged clubs in its three divisions to vote in favour of ending the regular season without further games because of coronavirus.

The league said there was a “clear majority of clubs in favour” from the almost 90% of responses returned.

Football in the fifth and sixth tiers was suspended on 16 March.

A National League statement added: “In the knowledge that the ordinary resolution has passed, the League’s board has chosen to communicate the decision now and before the last few responses are received, which will not change the outcome, to enable clubs to make business decisions with greater clarity as soon as possible.

“The options concerning the sporting outcomes of the 2019-20 season remain under careful and timely consideration, and further updates will be given in due course.”

Barrow were four points clear at the top of the National League when the season was halted.

Two clubs are usually promoted from the fifth tier into League Two, with four clubs being relegated and replaced by the champions and play-off winners in each of the National League North and South divisions.

In March, leagues from the men’s seventh tier downwards in England were ended immediately and results expunged.

National League chief executive Michael Tattersall added: “At a time when the entire country is wrestling with the devastating impact of Covid-19, the cancellation of the remaining normal season matches brings a degree of certainty to our clubs coping with the business implications of the virus.”