The new Minister for the National Disability Insurance Scheme has stood behind a plan to introduce independent assessments for people with disabilities by the end of the year, but conceded in a budget estimates hearing the original plan needed more work.

National Disability Insurance Scheme Minister Linda Reynolds told senate estimates on Friday afternoon it became clear when she took on the portfolio there was “significant concern” about the independent assessment process and the way it was being communicated. 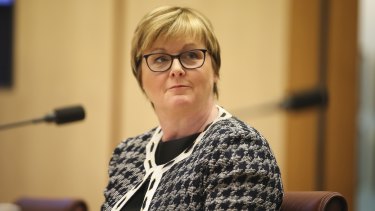 “I said very quickly into this new portfolio that we would take a pause, we wouldn’t proceed with the legislation at the moment, we’ll wait and see,” she said.

MPs across the political spectrum say Linda Reynolds must restore trust in its governing body, the National Disability Insurance Agency, if she wants the support to bring in changes to assessments.

“One of the fundamental issues at the moment with the agency is a total lack of trust between participants and the agency,” Liberal Senator Hollie Hughes told The Sydney Morning Herald and The Age.

On Friday, a leaked document from the NDIA revealed a secret marketing strategy to convince Australians to support the introduction of independent assessments. The leaked strategy conceded NDIS participants have “demonstrated strong, orchestrated opposition” to them.

Australian Greens disability spokesman Jordon Steele-John said the disability community has been clear from the beginning of the trial process: independent assessments will not work for them.

“The reason disabled people don’t trust the Morrison government or the leadership of the NDIA is because even though they say they are listening, they continue to charge ahead with these changes,” he told The Age and The Sydney Morning Herald.

“The fact that the community’s opposition to independent assessments is seen as a risk, rather than an opportunity to actually engage with the community, tells us everything we need to know.”

But Minister Reynolds said she believed the scheme needed a better assessment process.

“Functional assessments, I think, are very important,” she said. “The question is how do we actually implement them in a way that is respectful, that deals with some of the issues.”

The NDIS has been testing the use of independent assessments, using three-hour appointments to “determine the significance of a person’s disability” in two trials. Currently, participants submit reports from their own medical professionals to have their application checked.

The trial has been controversial, with National Disability Insurance Agency chief executive Martin Hoffman acknowledging earlier last month it had “caused real fear, concern and upset in the disability community”.

Opposition NDIS spokesman Bill Shorten told ABC Radio Perth the question about the assessments was whether or not they were a good idea.

“I think it’s just a thinly veiled attempt to make it harder for people to access the scheme and to cut the cost of the packages which people are getting,” he said. 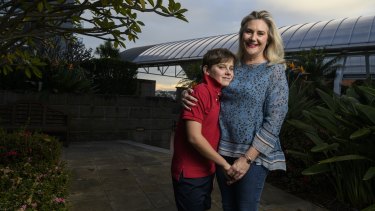 “What was being trialled was so offensive with a tick-a-box algorithm, basically, that diminishes the personal responsibility, individual choice and control,” she said.

Ms Reynolds said she was committed to introducing legislation for independent assessments this year.

“It is my fervent hope that we can find a way forward together this year,” she told the estimates hearing.

“If we do not find a way to do that, the scheme will remain unfair, it will remain substandard in terms of participant experience, and it is on a trajectory of unsustainability.”

Senator Hughes said generally speaking the issue is not top of mind for her parliamentary colleagues or the public in general, but that shouldn’t be the case.

“We need to be talking about the fact that the NDIS is for every Australian, and you never know when you or a family member might need it,” she said.