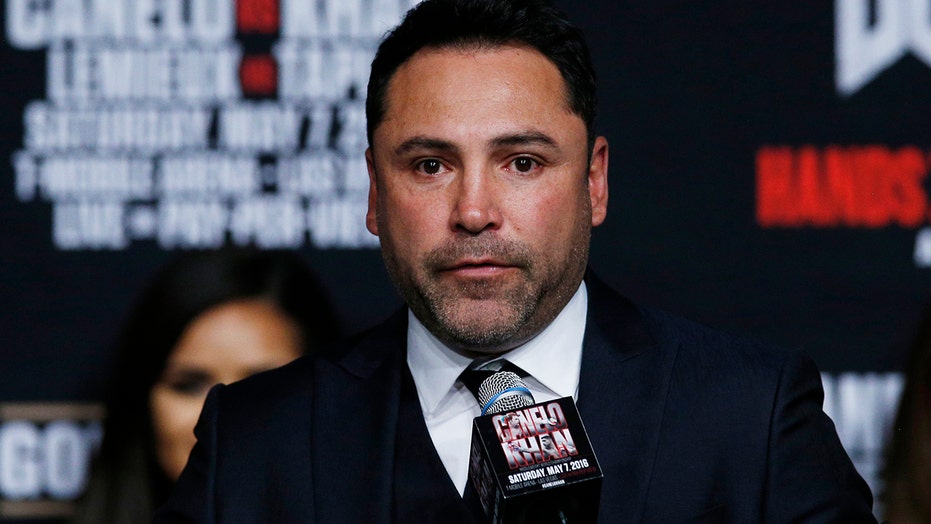 Oscar De La Hoya announced Friday he contracted coronavirus and was in the hospital receiving treatment, and that he had to pull out of his upcoming fight against Vitor Belfort.

De La Hoya, 48, posted a video of himself on Twitter in a hospital bed. He said he contracted the illness despite being fully vaccinated.

“Wanted you to hear directly from me that despite being fully vaccinated, I have contracted Covid and am not going to be able to fight next weekend. Preparing for this comeback has been everything to me over the last months, & I want to thank everyone for their tremendous support,” he tweeted.

“I am currently in the hospital getting treatment and am confident I will be back in the ring before the year is up. God bless everyone and stay safe.”

De La Hoya fought professionally from 1992 to 2008 and had already stepped away from the ring once. His last bout came in a loss to Manny Pacquiao via a referee technical decision in December 2008. He beat Steve Forbes via unanimous decision in May 2008.

De La Hoya and Belfort were set to square off at the Staples Center in Los Angeles on Sept. 11. Belfort is a former UFC star. He last fought in a boxing match in 2006 against Josemario Neves and won via knockout. It’s unclear whether Belfort will find an opponent eight days before the bout.