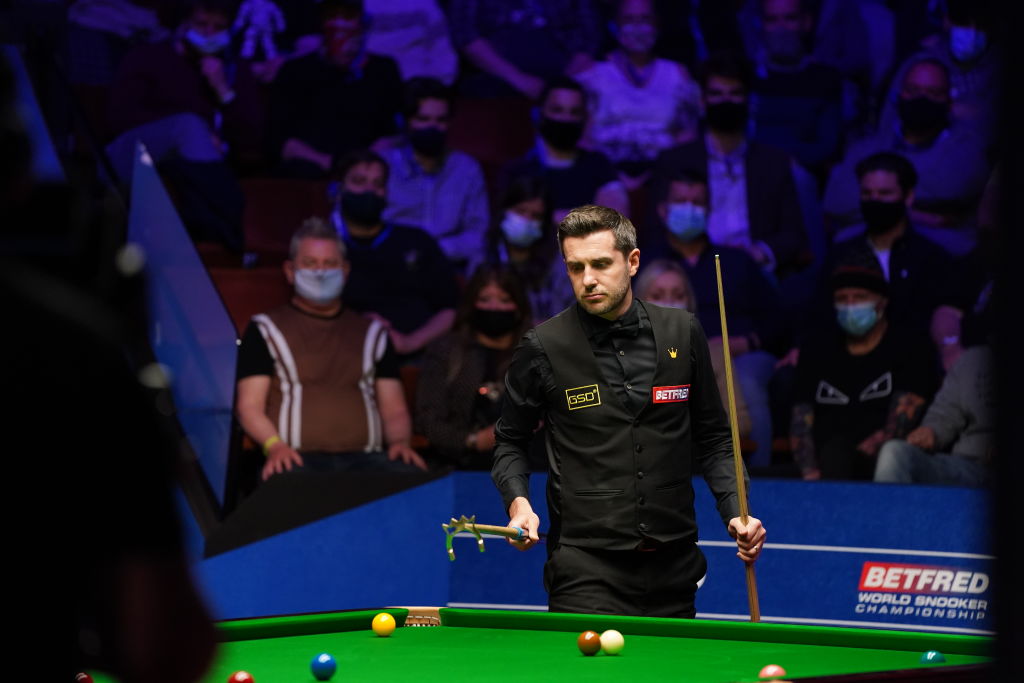 Ronnie O’Sullivan has accused Mark Selby of ‘trying to gain a little advantage’ but has blamed Shaun Murphy for not doing anything about it, after some controversy in the World Snooker Championship final over a re-spotted white ball.

Selby was tied up in a nasty snooker in the 20th frame, behind the brown and force to come off the bottom cushion to get back to the reds.

He first tried an extended spider, but miscued, then trying the swan neck, which also led to a miscue.

His third attempt saw him try the extended rest and hit the right hand side of the cue-ball, rather than go over the top of the brown and replays later showed that the white had been replaced incorrectly.

The white was marginally to the right of where it had been previously, allowing Selby to play a much easier shot than he had been attempting.

O’Sullivan was not impressed by the situation, with the referee not using technology for placing the ball in the right place, with Selby for playing it from where it was and with Murphy for letting it happen.

‘If the white was put back where it was originally, this shot is just not possible,’ said O’Sullivan, speaking in his role as a pundit for Eurosport.

‘Because you can’t hit enough of the white, and if you did, you would probably miscue and the white would go towards the yellow.

‘So if this shot was playable in the first place, he would have done. But even still, even when the white has moved [from the re-spot] quite considerably, really, he still couldn’t hit enough of the white to come that side of the red.

‘So that shot was just never possible. You try not to blame the players, but in that situation, if the player has got the spider out originally and then he is using the rest, surely they should be able to use the technology to see the balls are not right. Because if they were right, you [Selby] would still have the spider in your hands. So maybe they should have used the technology to get it right.

‘Personally, if I was playing and I was Shaun, I would have been out of my chair and I would have asked to see a freeze-frame to say that shot was not on in the first place. That’s what I would have done, but Shaun obviously did not choose to exercise that option.

‘You have to blame Shaun in that situation. Selby is maybe just trying to gain a little advantage, and unless he is pulled up on it, maybe he is going to try and take that advantage. Let’s get it right, because that ain’t right.’

For more stories like this, check our sport page.